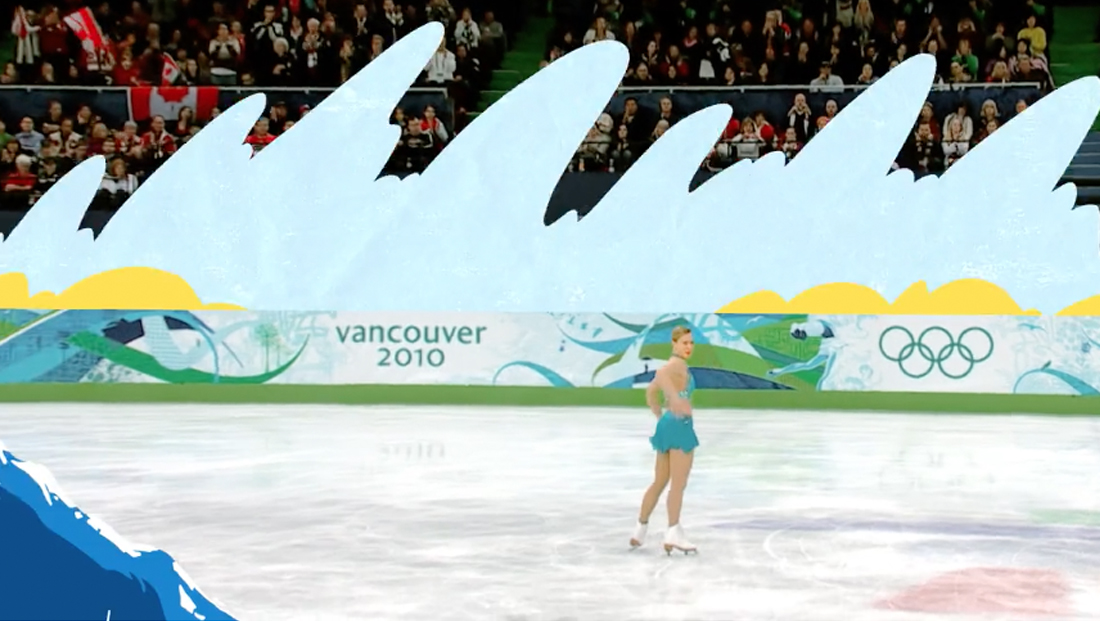 The CBC and production team at Polyester Studio created a trailer with a unique spin — focusing on the sounds of the Olympics.

Working with Bensimon Byrne, Polyester Studio created the art and animation for a one minute trailer for the CBC coverage of the 2018 Winter Olympics.

The spot uses a combination of animated illustrations, competition footage and B-roll video to showcase the sights — and sounds — of the games. In many of the scenes, the illustrations interact with the live footage, whether through subtle animated accents, such as light rays or torches, or by transitioning from video to a stylized, animated scene. The end of the spot channels the aural theme further with oversized typography emphasizing the onomatopoeic text “roar.”

An emphasis on audio is also featured prominently throughout the trailer, whether it be the whoosh of a train, the howl of cold wind or swish of a snowboard or scraping against ice.

The audio component also included a casual, almost conversational narration with pacing and enthusiasm to match the energy of the trailer’s scenes.

The trailer’s animation and art were created by Dani Cordero, Luis Campos, Andrew Embury and Sasha Bogolyubova at Polyester with final compositing and color correcting by Bob Zagorskis. The trailer was produced by Robyn Smale, with the entire team working with agency Bensimon Byrne, who handled the music and narration.