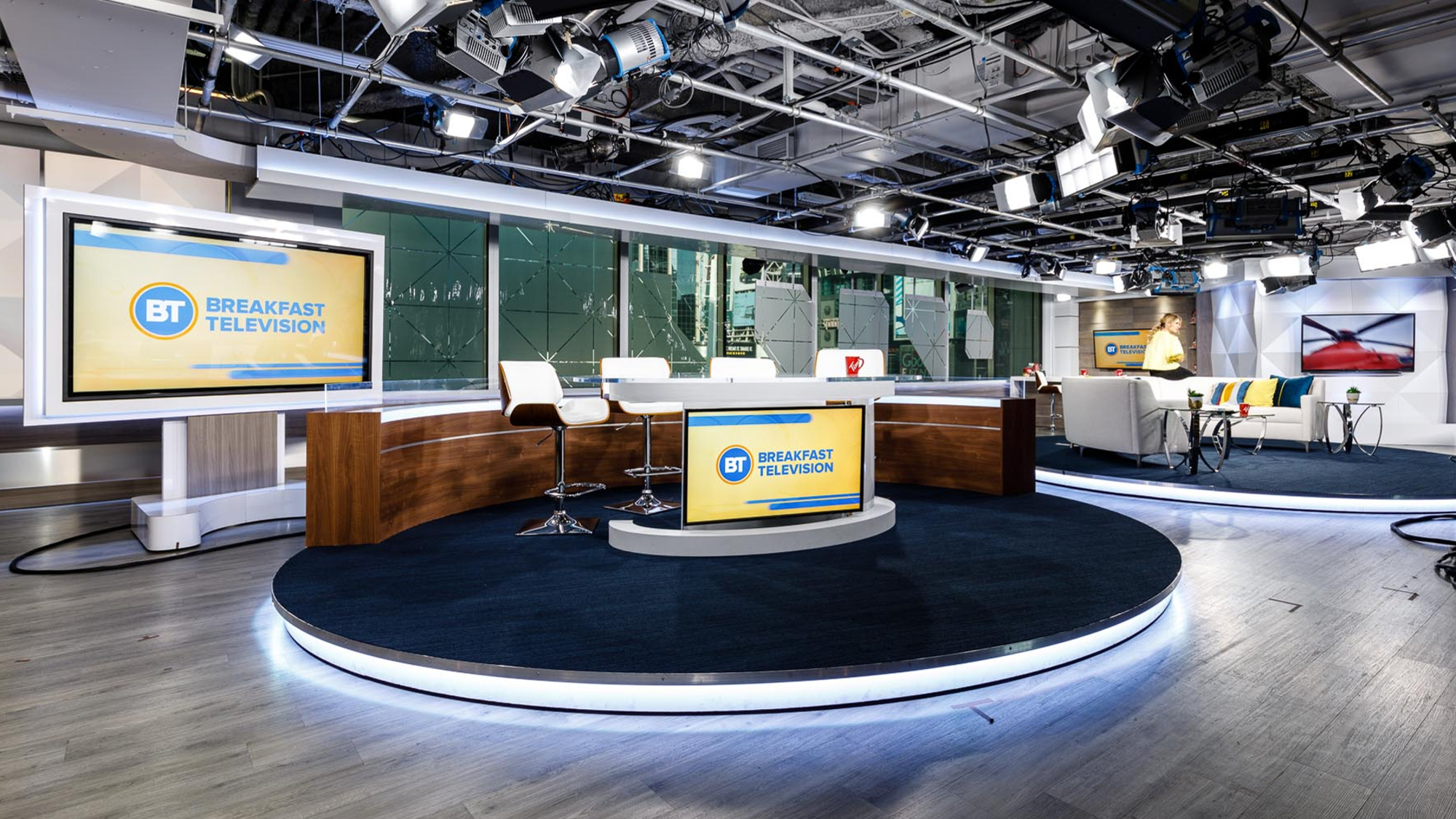 Lighting designer James Downey recently lit the new studio of City’s “Breakfast Television” in Toronto, which was designed by Artform.

For the lighting system, Downey worked with ARRI’s L-Series and recently released SkyPanel instruments to transform the studio space with flexibility and color control.

How you got started in the lighting business?

I majored in broadcasting, took the lighting course at Society of Motion Pictures and Television Engineers and worked as a lighting assistant for a while. I started to do lighting design on my own since 1995. Some of the projects I worked on are Super Bowl XLIV, TED conferences and Hockey Night in Canada, to name a few.

How did the City project come about and how did you become involved?

I’ve been lighting shows for Rogers Media, which owns Sportsnet and City. When the City studio moved to a new 40 x 80 feet space on the third floor, I was asked to help them revamp their lighting system.

What were the project scope, requirements and goals?

The studio is equipped with large windows with a great view, which came at a cost of exposure to daylight. At first, we were limited to use only the existing tungsten Fresnel fixtures. It wasn’t ideal, because it was pretty hot in the studio, we had to increase the output tremendously to cover the fixtures with full blue. It was incredibly complicated to match the light coming from the windows at the different time of the day. Eventually, we got funded for a complete makeover. I wanted to go fully LED to eliminate both the heat issue and also, to have full color control throughout the day. The beauty of LED is that it allows you to retain lower light output while maintaining a desired color temperature. There are multiple news-style shows produced at the studio throughout the day. You go through the whole color gamut: from dusk, afternoon daylight, magic hour and past sunset. We can easily adjust LED output to match the color balance outside at any time of the day.

As a lighting designer, what are the priorities and challenges of a project like this?

One of the challenges we had was low ceiling height. The lighting fixture had to have low height ability. Some of these larger LEDs boxes wouldn’t have worked because of the safety issues. SkyPanel S60, to me, is like the old-school 2k soft light. One fixture can potentially replace two.

Rogers Communications is an environment-friendly company, therefore choosing fixtures that can save electricity down the road was one of my priorities. They thought tremendously forward and made an investment that is good for the talent and for everyone else in Canada. Another one of my priorities was to have full flexibility of color control and light output to match various challenges of what typical Canadian summer or winter can give you at a moment’s notice due to the window requirements outside throughout the day.

Having proper LED fixtures and good lighting control on the windows allow us to tackle any challenges coming our way. We are able to match it quickly and continue shooting throughout the day.

Which fixtures did you choose and why were they the right solution?

I chose SkyPanel S60 for a good, broad, controllable wash and used L7 Fresnels as key lighting. I wanted my key fixtures to be focused on a specific position on the desk and on the couch. I added ARRI L5s as backlights, keeping them close to the talent, but not visible on camera. I have my own lighting company (Fullerton Productions) and I sell what I’ve used. ARRI has been my go-to fixtures for Fresnel, HMI over the years, and now for LED. I installed ARRI lights in studios that didn’t know ARRI existed. ARRI is the best. I know that ARRI’s fixtures will last the longest and provide the best control.

Do you plan on using ARRI again in the future?

Yes, definitely. The client was extremely happy with the results as well as I am. We delivered exactly what was expected.