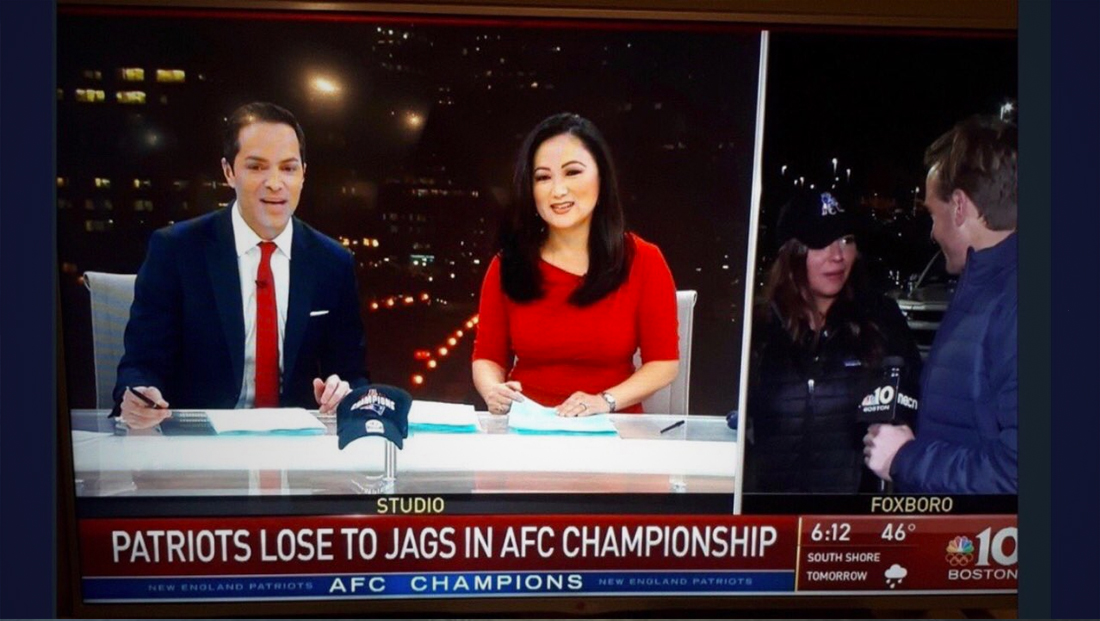 The station was reporting on the Patriot’s win live, even as a banner along the bottom of the screen read “Patriots lose to Jags in AFC Championship.”

The game, which aired Sunday, Jan. 21, 2018, was the deciding name in deciding who would face off in Super Bowl LII in Minneapolis. NBC will air the game.