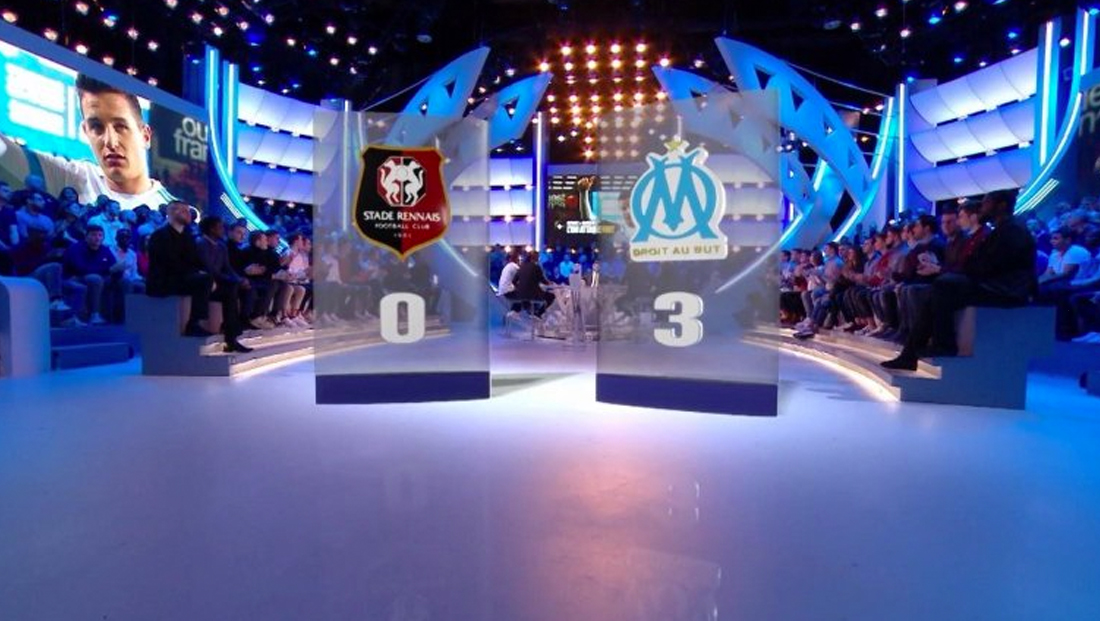 Inside of the network’s stadium-like studio environment, the show inserts floating graphics, often complete with shadowing, on the floor of the space. For example, a stats board in a relatively traditional layout appears to be “standing” on the floor, with the audience visible in the background. Instead of trying to make disembodied heads “standing” in the middle of the studio, the implementation opts to enclose the imagery in a glasslike box with black name header. In some ways, this channels the idea of a baseball card. The broadcast also notably uses augmented reality “cards” as a way to toss to field reporters or bring them into the in-studio conversations.