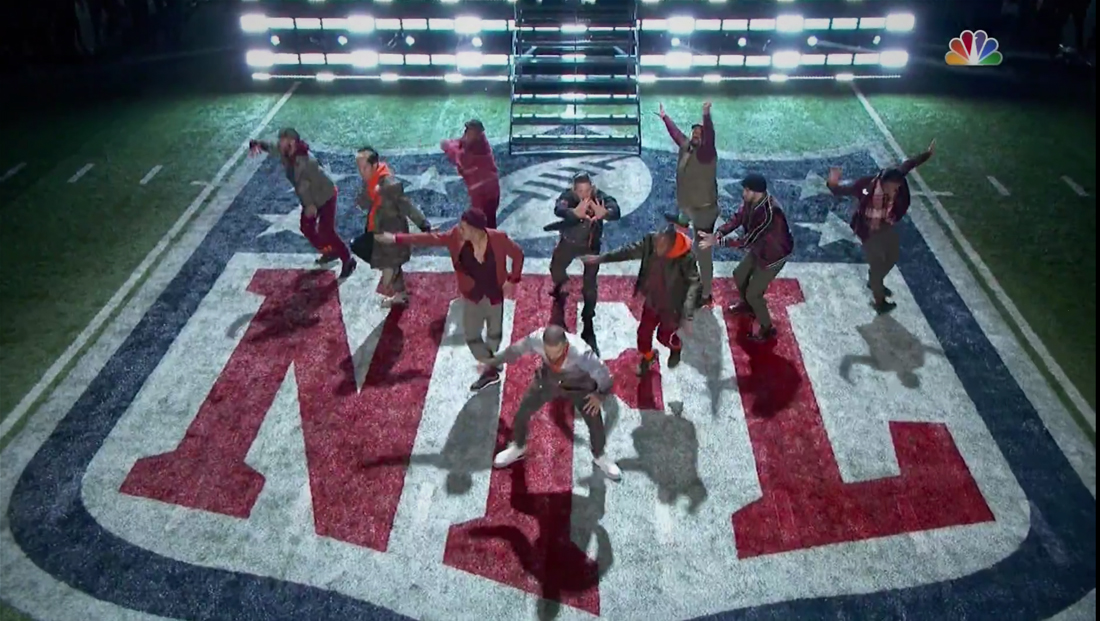 The look was created by Bruce Rodgers of Tribe, working with Timberlake’s designer Nick Whitehouse and lighting design by Bob Barnhart. The show began inside of the depths of the newly built U.S. Bank Stadium in Minneapolis, with the camera moving through a series of dark hallways prominently featuring the Pepsi, the halftime show sponsor, logo.