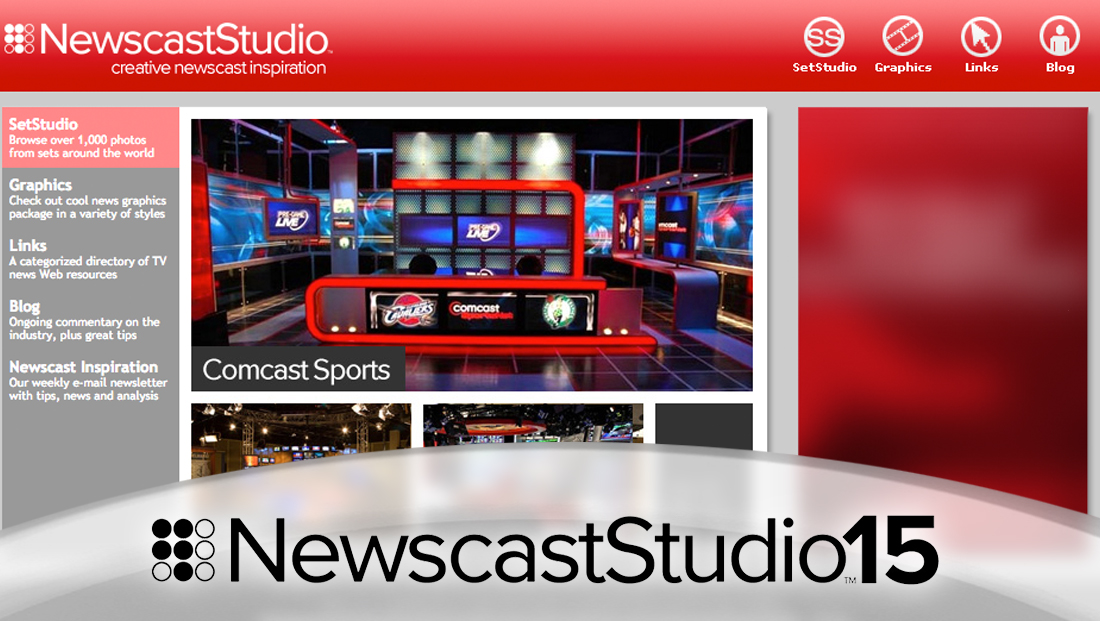 Along with the new name came a new logo and redesigned website.

The logo, set in the popular Proxima Nova font, was accompanied by nine circles — some ringed, some solid — along with a new red color scheme that is still used today.

The navigation of the site also switched to circular icons representing the main areas of the site.

In addition to the new graphics section, NewscastStudio also added a blog-style news update section along with the redesigning and rebranding.