AR dragon ‘crashes’ the stage at ‘League of Legends’ ceremony 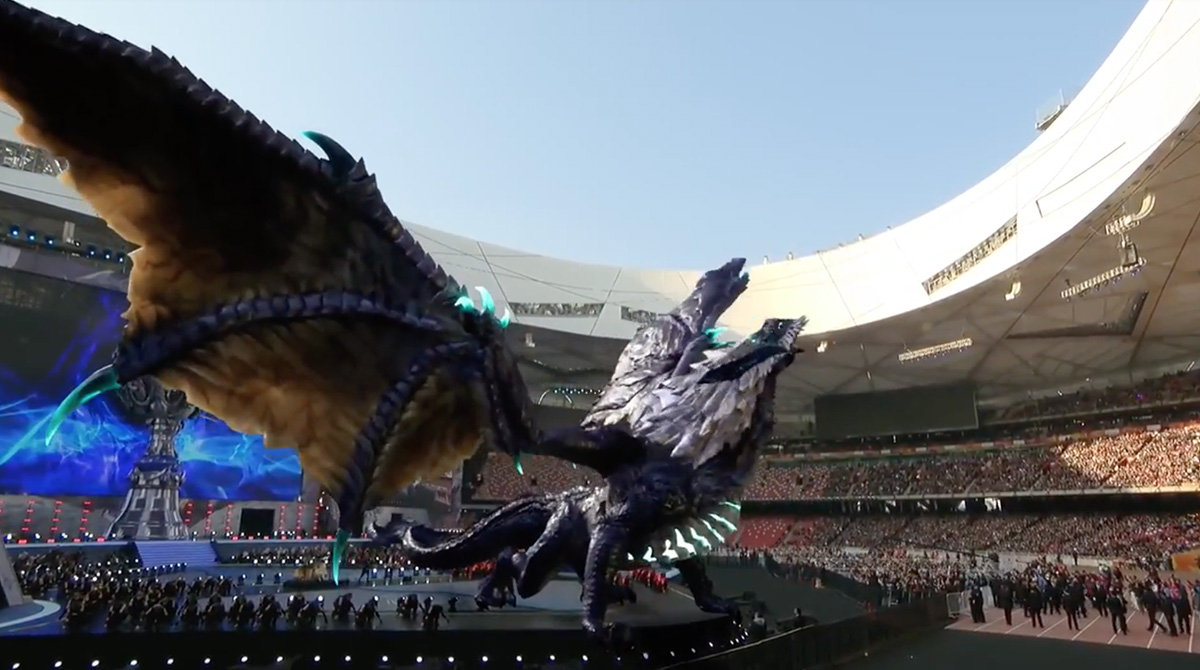 An augmented reality dragon made a virtual appearance at the opening ceremony for the League of Legends esports final in Beijing.

A popular online game, League of Legends features a collection of creatures, including the fierce dragon that appears to swoop around famous Birdsnest Stadium originally built for the Beijing Olympics as the 100,000 people in attendance watched the final look on large screens throughout the arena.

The dragon, which was rendered by Zero Density using the company’s Reality AR solution, appeared as singer Jay Chou performed the song “Legends Never Die” and even appeared to crash down on the stage during the performance, complete with sound effects that were added over the music.

In addition to the in-person crowd, the performance and augmented reality dragon was seen by an estimated 40 million viewers around the world.