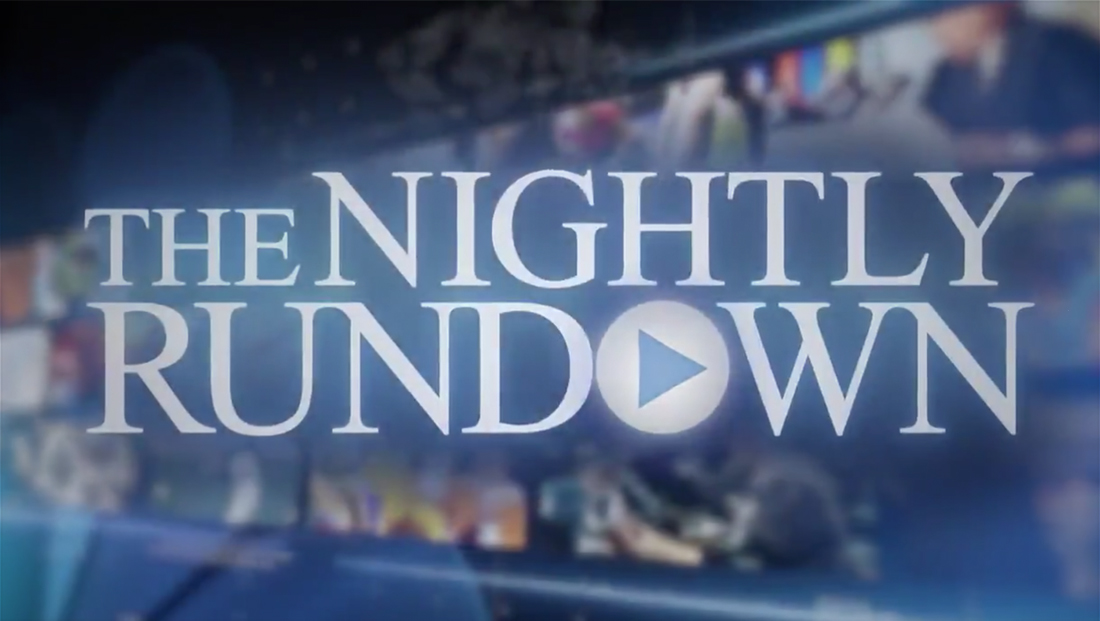 The segment, which aired during the show’s third block starting Sunday, Feb. 18, 2018, features its own branded graphic with a “play” icon in place of the “O” in “rundown” and a blue blurred monitor wall background. That design motif is carried through on the video all behind anchor Lester Holt, which features an OTS style graphic backed with a blurred blue background and gold accent line.

Instead of the show’s standard rectangular OTS, the graphic is “notched” in one corner. When Holt appears on camera during the voiceover heavy segment, a rundown style graphic that makes use of imagery with small text headlines, with the current story’s image become larger. This graphic also features the “notched” look as well.

The new segment bears some similarities to the “Evening Newsfeed” that was added to the “CBS Evening News” when Jeff Glor took over in December 2017.

In addition to being part of the broadcast itself, the segment was also uploaded to the show’s Facebook and Twitter profiles.

NBC News has not responded to a request for comment as of publication.