CNN takes over hockey arena for ‘Stand Up’ town hall 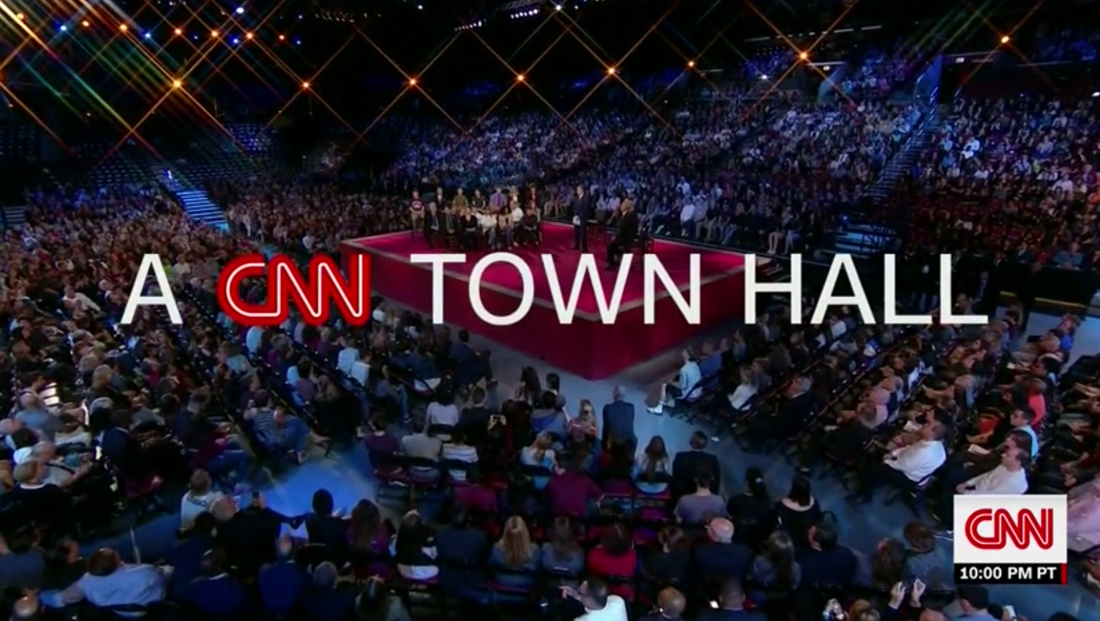 In the latest of the the network’s popular series of town halls allowed survivors of the Florida school shooting to come face-to-face with politicians and lobbyists to discuss issues around gun control and school safety. “Stand Up: The Students of Stoneman Douglas Demand Action” was presented from the BB&T Center, the home of the Florida Panthers NHL team, using the large space to accommodate a large audience.

Moderator Jake Tapper and a panel of students and lawmakers were situated on a square, red stage that was dramatically lit.

Audience members were seated both on the floor and portions of the arena’s risers, the latter of which were bathed in blue light and showed up prominently behind Tapper and panel members. CNN also took advantage of the arena’s large, ceiling mounted screens to display both branded graphics and tribute images of those who died in the shooting.

Using its trademark CNN Sans font, the network also created a logotype for the rather long title — with the word “students” in bold and “demand action” in a bold red box. The network’s normal bug and lower third insert graphics and bug were used throughout the special, though the screen dropped the normal crawl and only used banners during select times — more prominently to display the text version of audience members’ questions.

Past CNN town halls have originated from the network’s New York studios, as well as other locations.

When in New York, CNN typically uses a multipurpose studio space previously known as the “Communications Center,” with each one sporting a unique look.