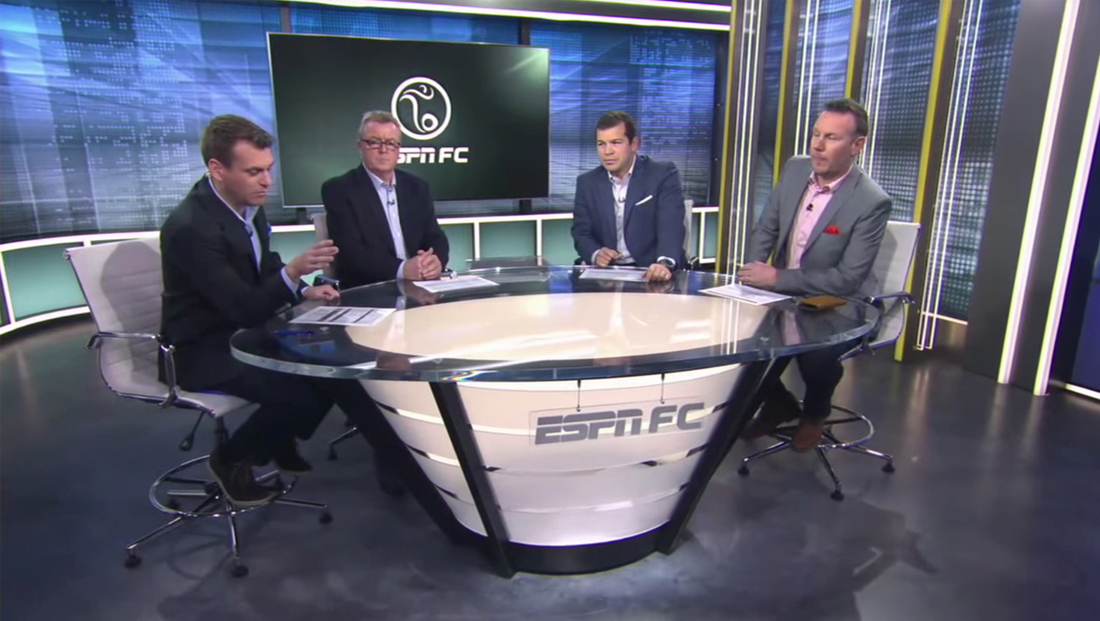 The studio is used primarily for “ESPN FC,” a show covering soccer from around the world, but is also used for “wraps” at the beginning and end of various games, such as college basketball. The new set, designed by Emily Kollars and fabricated by Mystic Scenic Studios, is wrapped with grayscale backlit graphics with color changing technology with Coleder LED video display panels placed in front of them from AV Design Services.

Some of these video panels are trackable for added flexibility for the studio’s multiple presentation venues, which were lit by Chris Watson of ESPN.

The backlit printed graphics combine dotted patterns and angular elements, while strong, internally lit vertical lines and frames tie into looks used in other ESPN sets, though on a smaller, more intimate and informal scale.

In addition to a traditional anchor desk setup using the internally lit, funnel-shaped desk, the main area of the studio can also be changed out in favor of a more informal interview area. Another part of the studio features an additional monitor panel, this one with an internally lit frame and the option to use a wild, pod-style desk.

The background here is focused more on a square tunnel-like look.

In addition to the backlit and internally lit surfaces, Studio D also features edge-lit glass accents in the form of strong vertical lines.