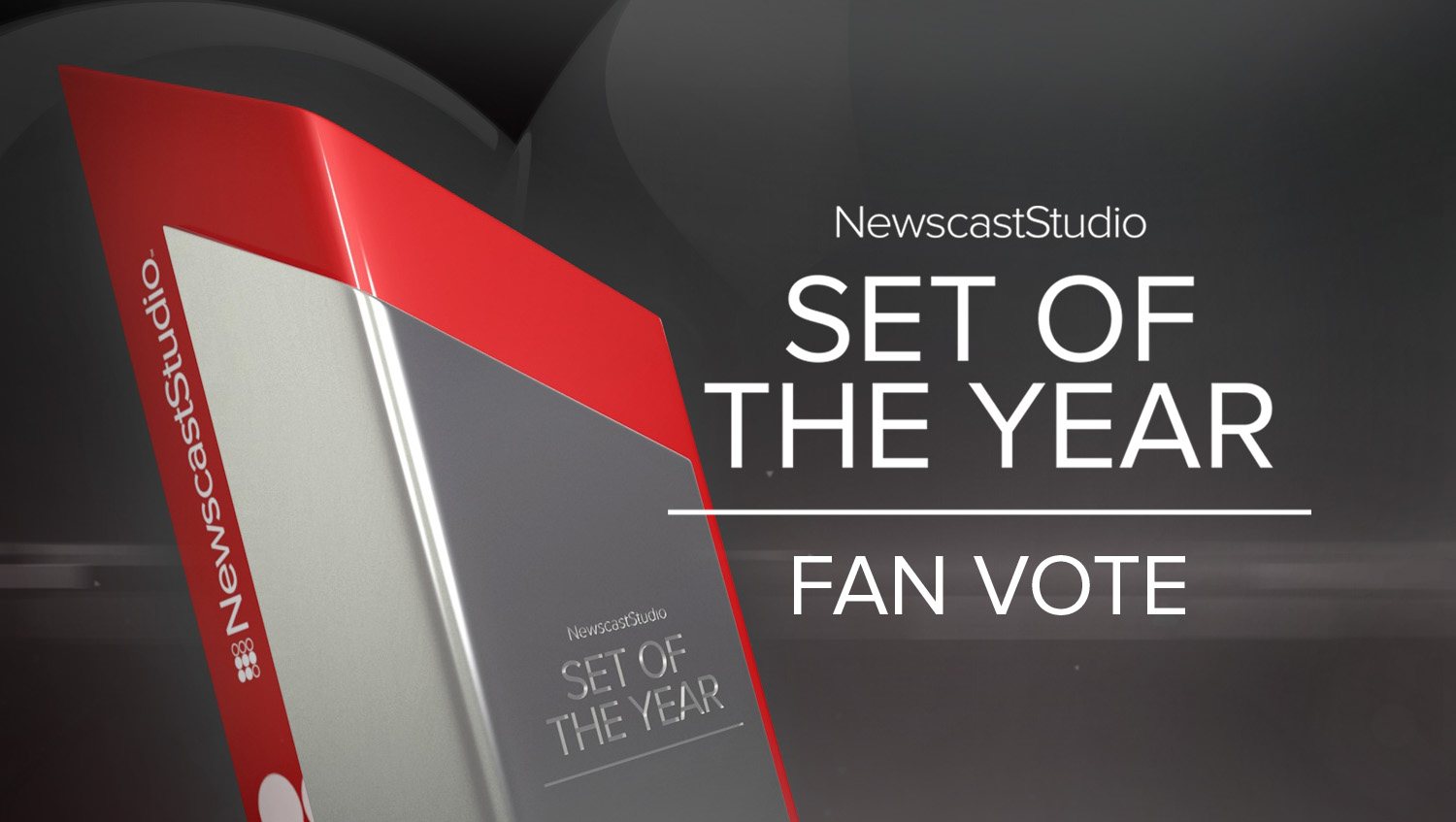 It’s that time again. NewscastStudio’s ever-popular Set of the Year Fan Vote has arrived and voting is open now.

While a panel of broadcast industry experts and creatives judge the primary Set of the Year categories, the Fan Vote puts you — the fans and viewers of television — in charge of selecting the best of last year’s set design.

Voting for Round 1 is open now, with the rest of the schedule as follows:

Voting opens at 8 a.m. and closes 11:45 p.m. Eastern Standard Time. The winners of Rounds 1 and 2 will be announced March 20 and March 27, respectively, while the final winners will be announced during the 2018 NAB Show in Las Vegas.