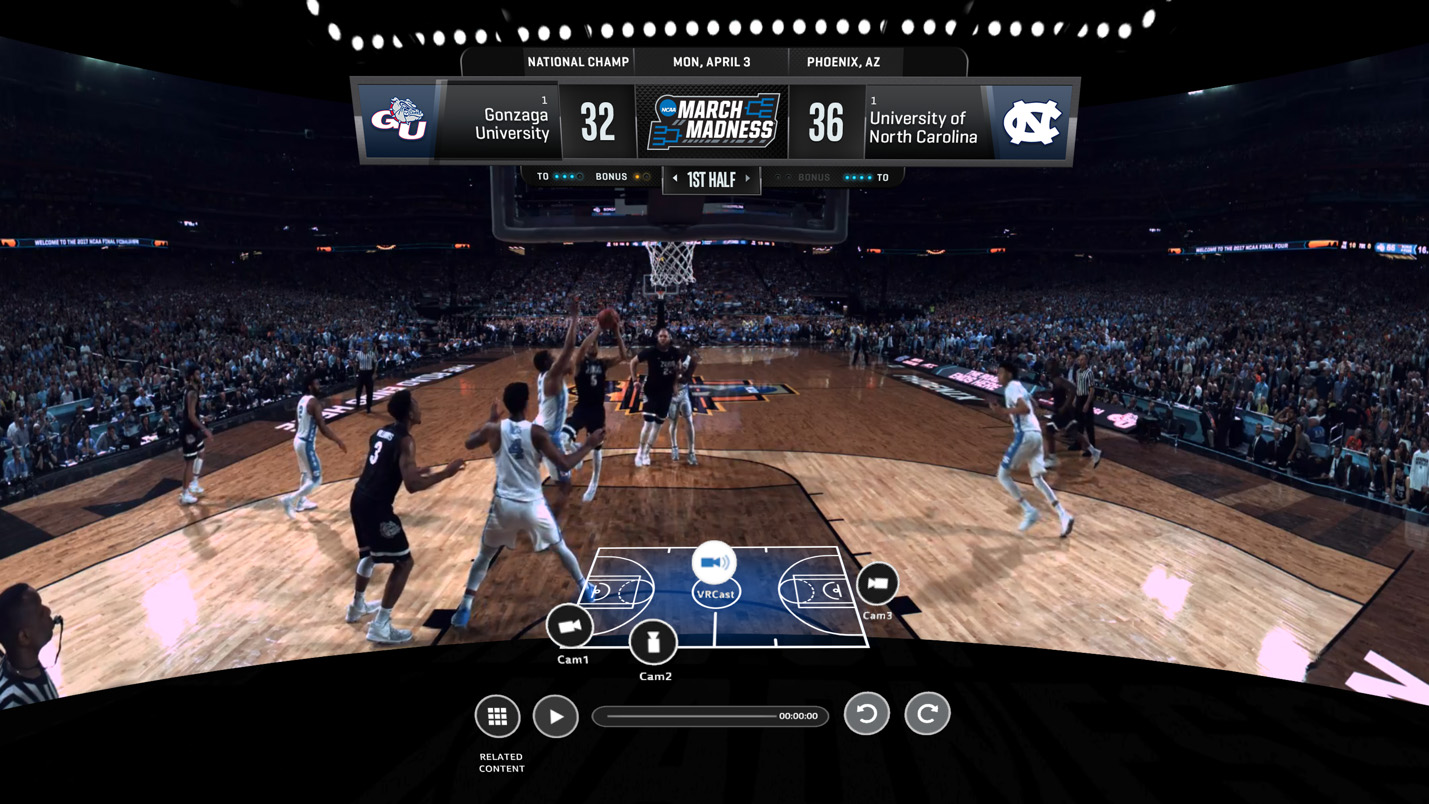 VR coverage will be available from 21 tournament games including first and second round games in Dallas and Charlotte, Sweet 16 and Elite 8 games from the West Region in Los Angeles and East Region in Boston, along with the NCAA Final Four National Semifinals and National Championship in San Antonio.

“NCAA March Madness Live VR” is available to download on the Oculus Store and the Google Play store, with fans having two options for game pricing.

VR Ticket – for $2.99 per game, fans can enjoy watching their favorite team in VR by selecting the camera they want to watch from or via fully-produced VR coverage incorporating multiple courtside cameras and sounds from inside the arena. During the first and second rounds, audio will include game commentary from the telecasts across TBS, CBS, TNT and truTV. For Sweet 16 and Elite 8 action, fans will have exclusive play-by-play and dedicated game commentary featuring Spero Dedes and analyst Steve Smith from Los Angeles and Rich Waltz and Steve Lavin from Boston. Dedes and Smith will also call the Semifinal and National Championship games.

VR Tournament Pass – for $19.99, fans can bundle the experience to access all 21 games and features available in VR, with commentary from Dedes, Lavin, Smith and Waltz.