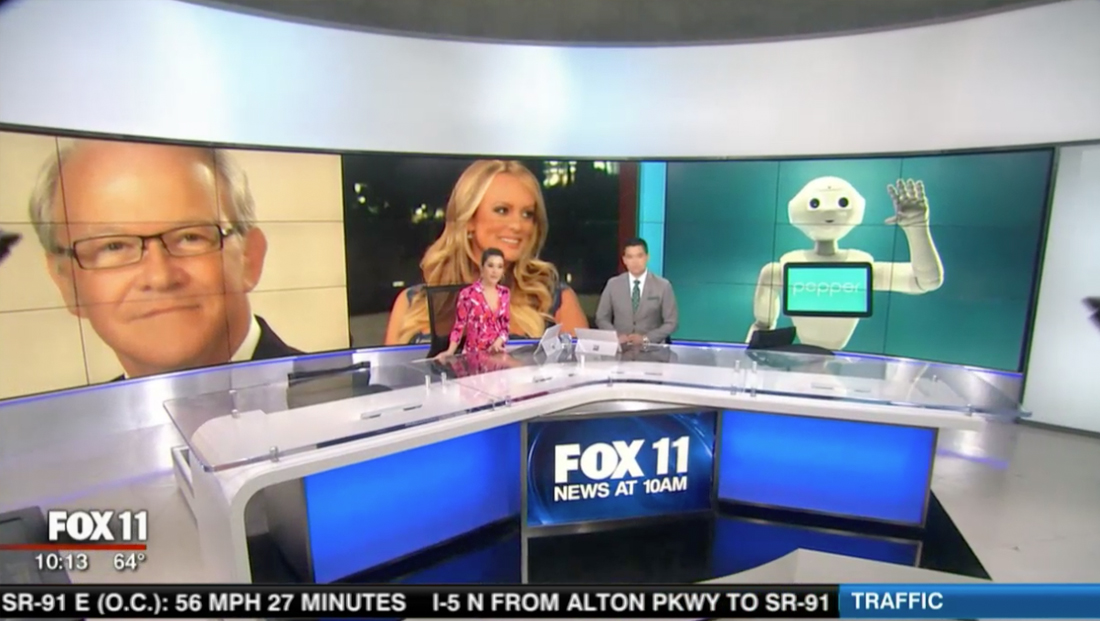 The new area, which is located right next to the larger set it installed in 2013, features a boomerang-shaped anchor desk with thick glass top and internally lit base.

Behind this is a 9×3 curved video wall that is used to showcase a variety of graphics.

The new update, including the custom desk design, is from Broadcast Design International. The new video wall allows the station to feed a cityscape background behind the anchors, which is overlaid with semitransparent angled accents and, optionally, blue floating “frames” that include topical graphics. For select live shots, a wide toss shot is used with the reporter shown in another frame on one side of the video wall. Other tosses are done by simply using a larger, rectangular image of the reporter. The older set, meanwhile, is still used for a variety of segments, especially during the station’s long morning “Good Day LA” and midday news blocks.