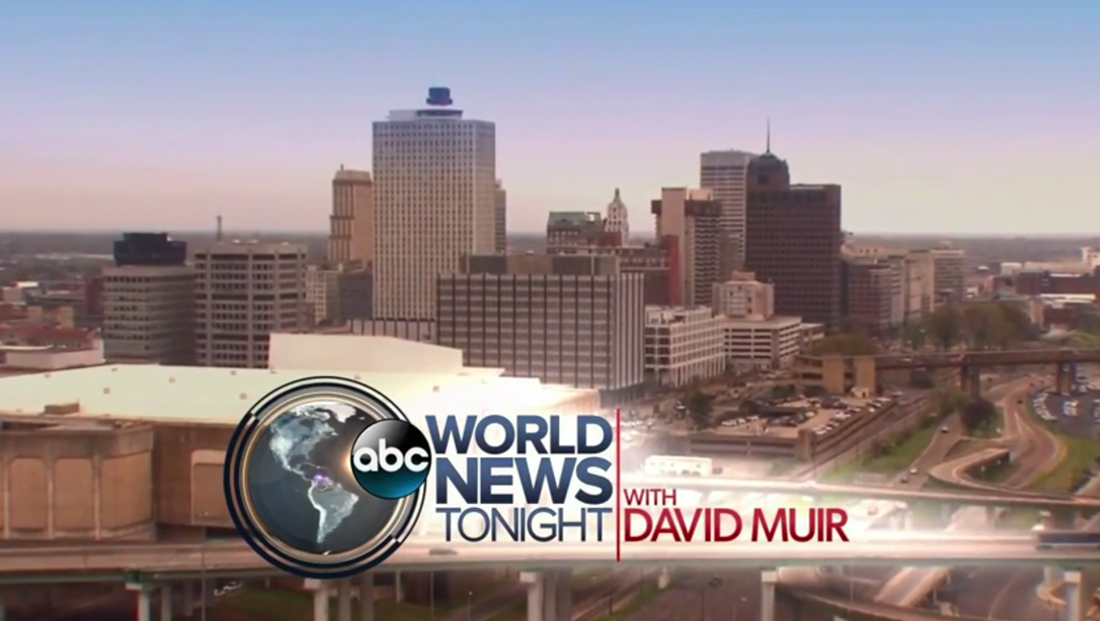 NBC’s Lester Holt originated “Nightly” from an elevated vantage point that offered a view of the motel with Room 306, the room where King was staying, visible over his shoulder — though the commemorative wreath placed on the balcony in front of it wasn’t visible at all times. As a workaround for not leading with the story, after the open, Holt offered a brief overview of the anniversary while the network showed a wide shot of the motel with a blue “MLK Jr.: 50 Years Later” logo in the lower left of the screen.