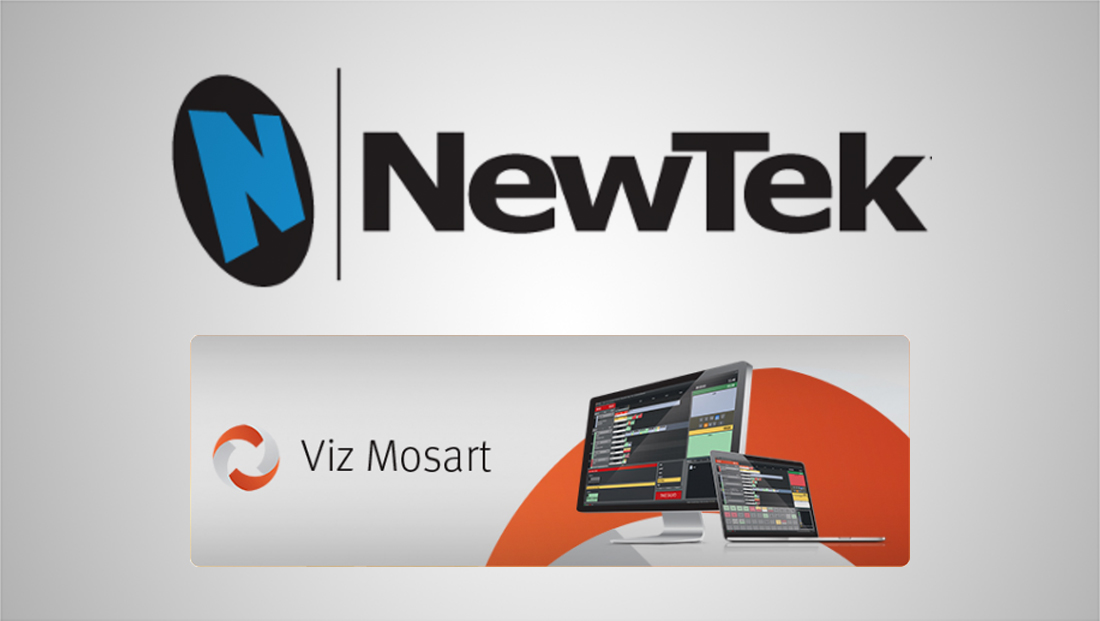 “Automation is a key part of today’s live production landscape, and when paired with an end-to-end NewTek IP workflow that can be virtualized, the possibilities are almost endless,” said Brian Olson, vice president of product management for NewTek in a statement.

“Broadcasters today are looking for cost-effective, small footprint, automated production systems to be part of their digital migration while still meeting the needs of linear production. TriCaster TC1 and NewTek IP Series under Viz Mosart control fit that bill perfectly.”

Rundown creation will be provided by Vizrt’s Showmaker, which now has multi-user support.

“We are excited about continuing our partnership with NewTek, starting with NVG1, running the world’s number one real-time graphics software – Viz Trio and Viz Engine, and now integrating the world’s number one studio automation system — Viz Mosart,” said Petter Ole Jakobsen, Vizrt CTO, in the statement. “NewTek’s leadership in IP video with NDI solves a lot of problems, but automation is just as critical in today’s fast-paced and evolving environments. Viz Mosart has an intuitive interface that combines both a rundown-based approach and a timeline model to give users the best of both worlds.”

NewTek integration with Viz Mosart will be available in Viz Mosart version 4.1, scheduled for release in Q3 2018.