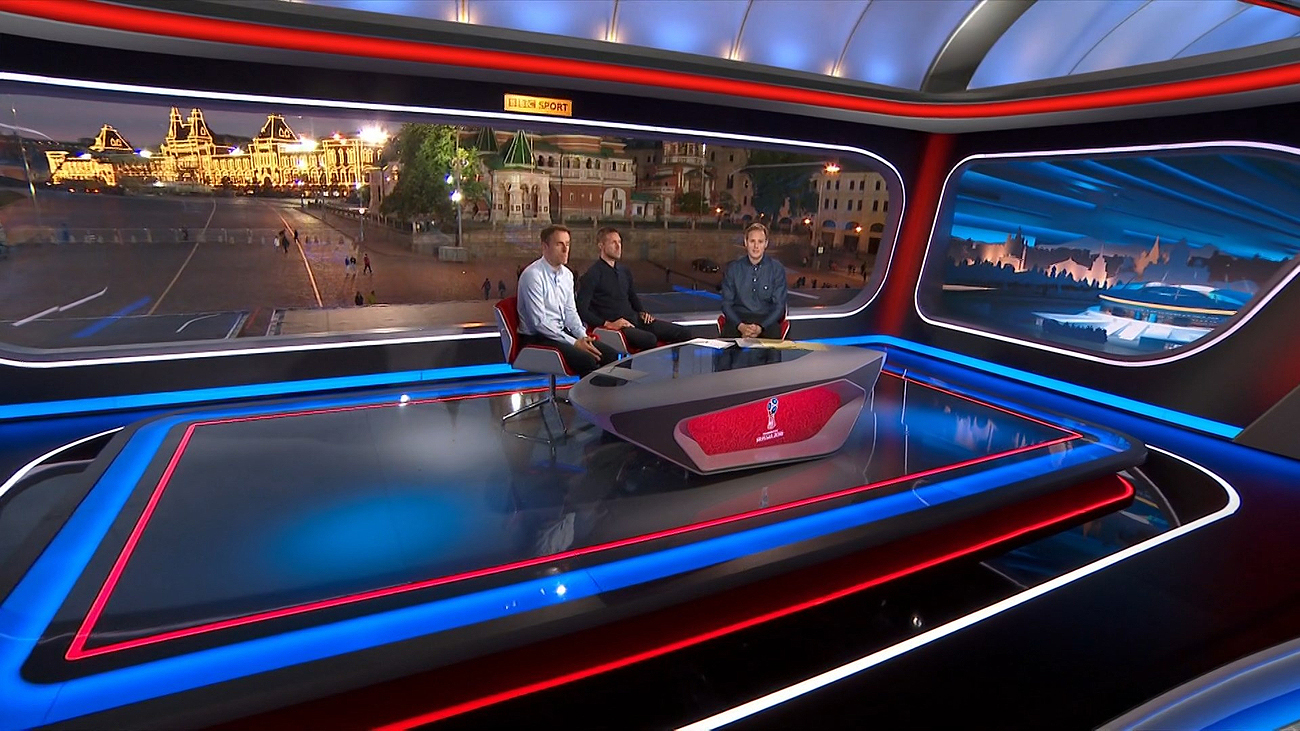 Like many of its broadcast rights counterparts, the BBC is using Red Square as a background for its World Cup coverage but is, quite literally, augmenting that space with virtual and augmented reality.

The network’s main broadcast booth features a curved, illuminated portal that showcases the view of St. Basil’s Cathedral and the Kremlin.

Curved, uplit soffit header elements and irregularly shaped side panels are complemented by an internally lit riser and oblong anchor desk, all designed by Toby Kalitowski of BK Design Projects. The side panels, which are LED video walls, allow the network to showcase a blend of stylized imagery of World Cup locales across the country.

On the flip view of the studio, the BBC used Vizrt technology to add an augmented reality fourth “window” wall from Jim Mann at Lightwell, featuring a virtual space with a curved portal that could be fed with a blend of scenic imagery and player and game stats created by Alston Elliot. The position of the virtual extension, along with high reverse shots, allow the in-studio commentators to appear to be reviewing and discussing the information being shared with viewers.

These augmented and virtual shots are powered by Stype’s RedSpy camera tracking system, which allows the network to blend sweeping shots with the 3D space seamlessly, creating a fully immersive 360-degree environment. As an added bonus, the faux window wall covers the space normally occupied by cameras, lighting, equipment and crew, giving the broadcast booth the feel of a self-contained “capsule” with an interactive element.