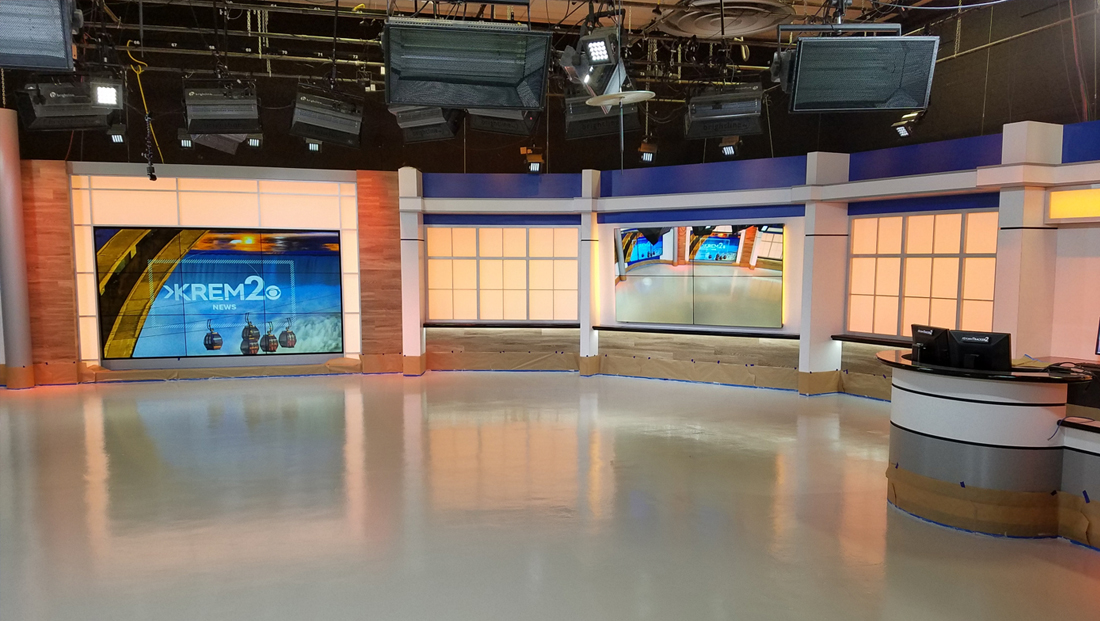 KREM, the Tegna owned CBS affiliate in Spokane, Washington, has unveiled a refreshed set with upgraded technology and backlit surfaces along with switching to the group’s new graphics package. The station’s new look uses many of the base elements of its 2007 set, which itself had been tweaked over the years, but FX Design Group, the firm behind both version of the set, refinished the wood tones for gray, silvers and blues.

The old set’s camera center background has been updated with a four panel video wall array.

The duratrans on either side, meanwhile, have been traded for frosted backlit panels with color changing LED.