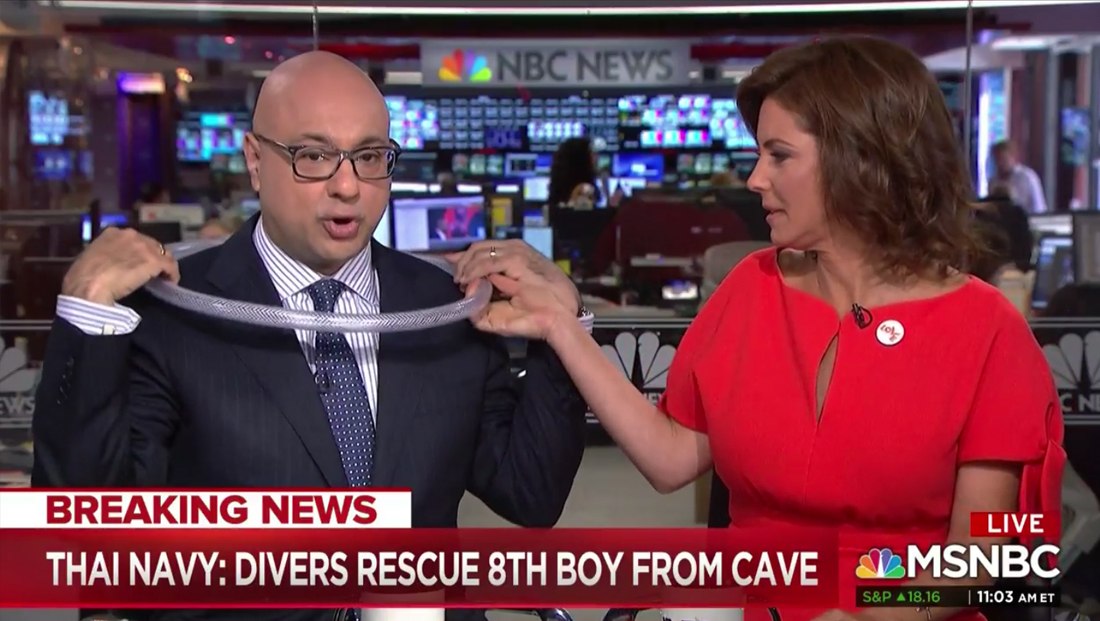 During live coverage Monday, July 9, 2018, of the Tham Luang cave rescue, MSNBC anchors Ali Velshi and Stephanie Ruhle used a prop to demonstrate the width of the cave passage the trapped boys and rescuers must squeeze through — a loop of tubing. 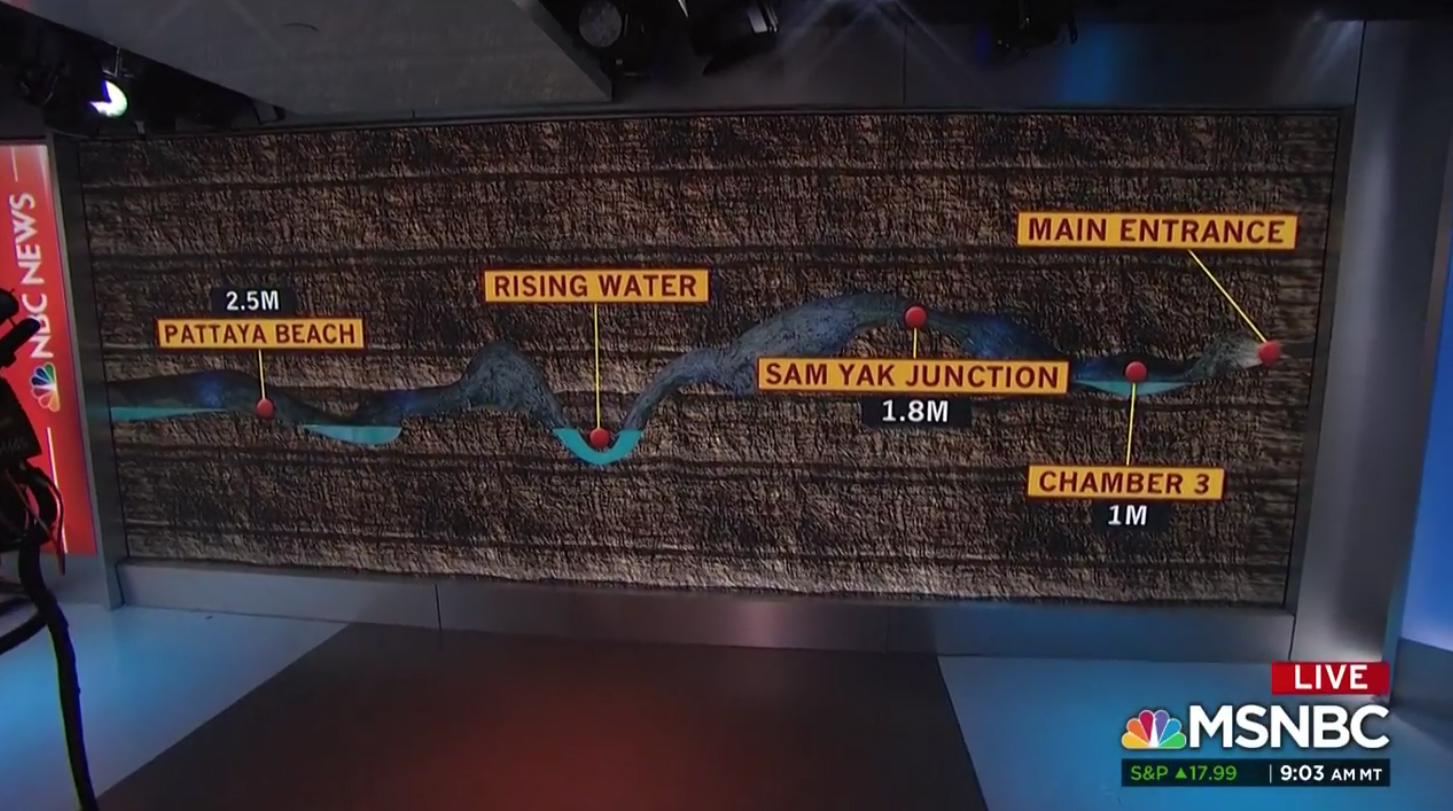 After showing cross sections of the cave on Studio 4E’s large video walls (instead using virtual or augmented reality like some other networks), MSNBC cut to a two shot of Velshi and Ruhle, who had a loop of what appeared to be some kind of hosing — 15 inches in diameter — on set with them.

“I can’t get my shoulders around it — you probably can,” said Velshi, handing the ring to his co-anchor. 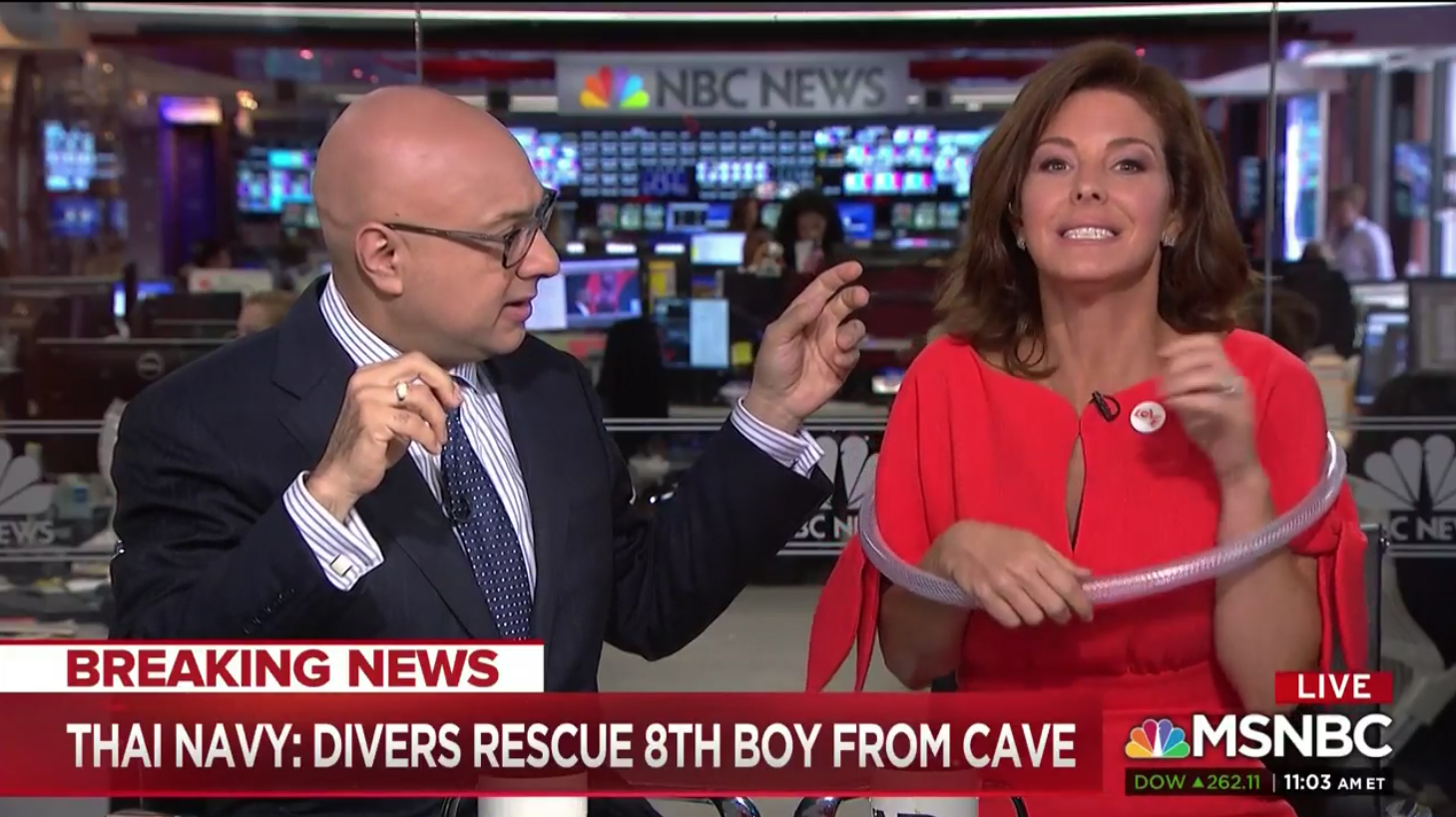 “This thing is tight,” said Ruhle as she managed squeeze the ring around her shoulders and body before it landed with a clunk on the anchor desk, still wrapped around her.

The idea of the demonstration was to replicate one of the most harrowing — and narrow — parts of the rescue dives.