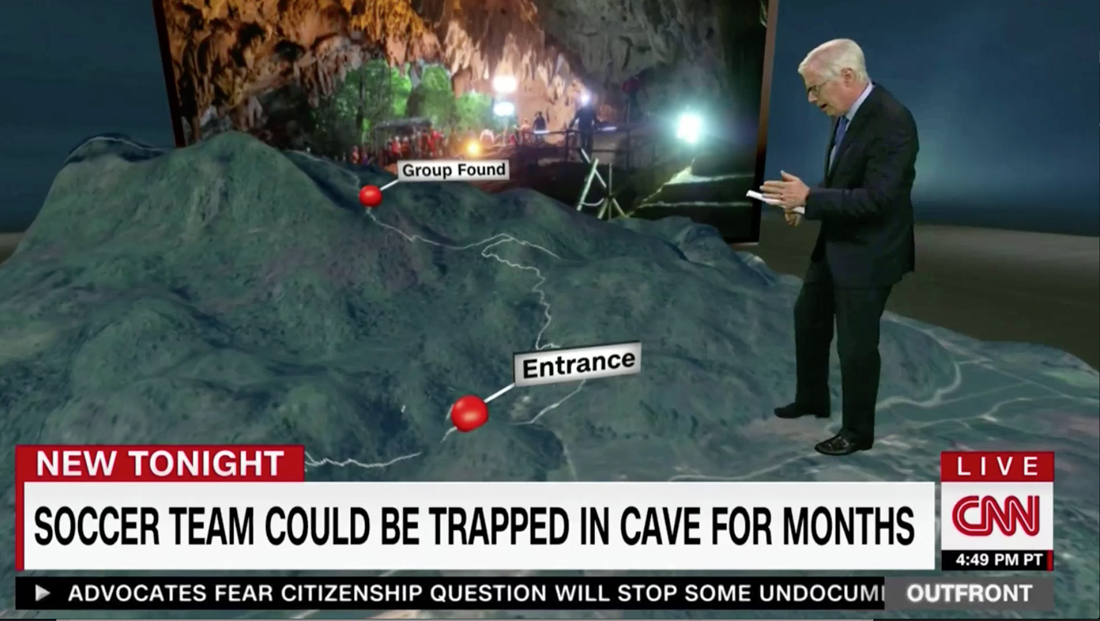 CNN’s Tom Foreman took viewers on a virtual tour through the cave system where a Thai soccer team is trapped — while an Asian network leveraged an augmented reality recreation. The segment, which aired Tuesday, July 3, 2018, during “Erin Burnett OutFront,” featured Foreman in a virtual space that allowed him to walk “on top” of 3D recreation of the mountainside that contains the caves.

He then was able to show viewers a “hypothetical” cross section of the winding passageways found in the cave, with callouts explaining why a rescue could be challenging. After briefly tossing back to fill in anchor Kate Bouldan, Foreman then used floating virtual panels to showcase imagery of some of the rescue options, including showing archive footage from the 2010 Copiapó mining accident rescue.