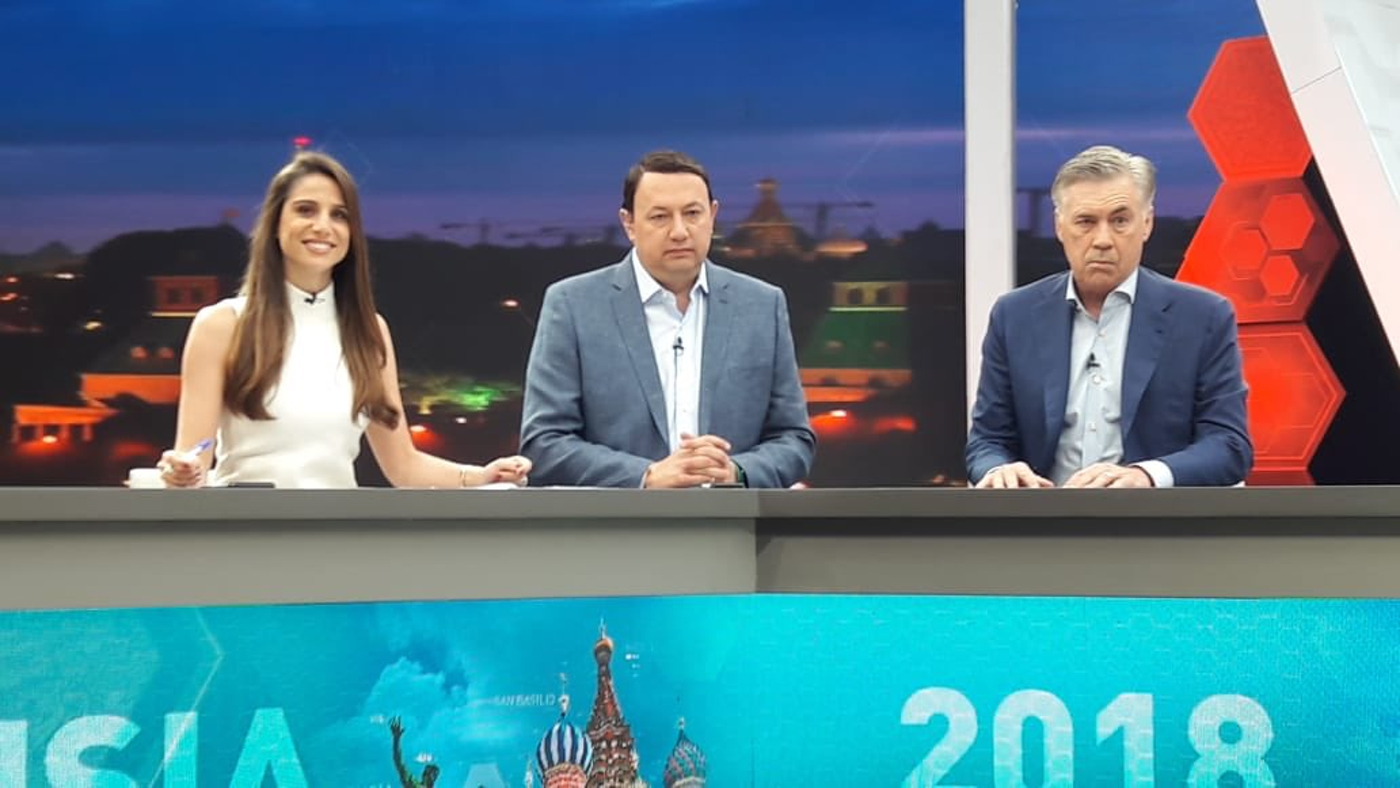 Mexican network Televisa has one of the largest production footprints at the 2018 FIFA World Cup  — including the largest studio in the International Broadcast Centre.

The network, which shares the World Cup broadcasting rights with TV Azteca in Mexico, has gone with a clean look featuring rounded frames mixed with large open spaces for graphics or real outdoor views. 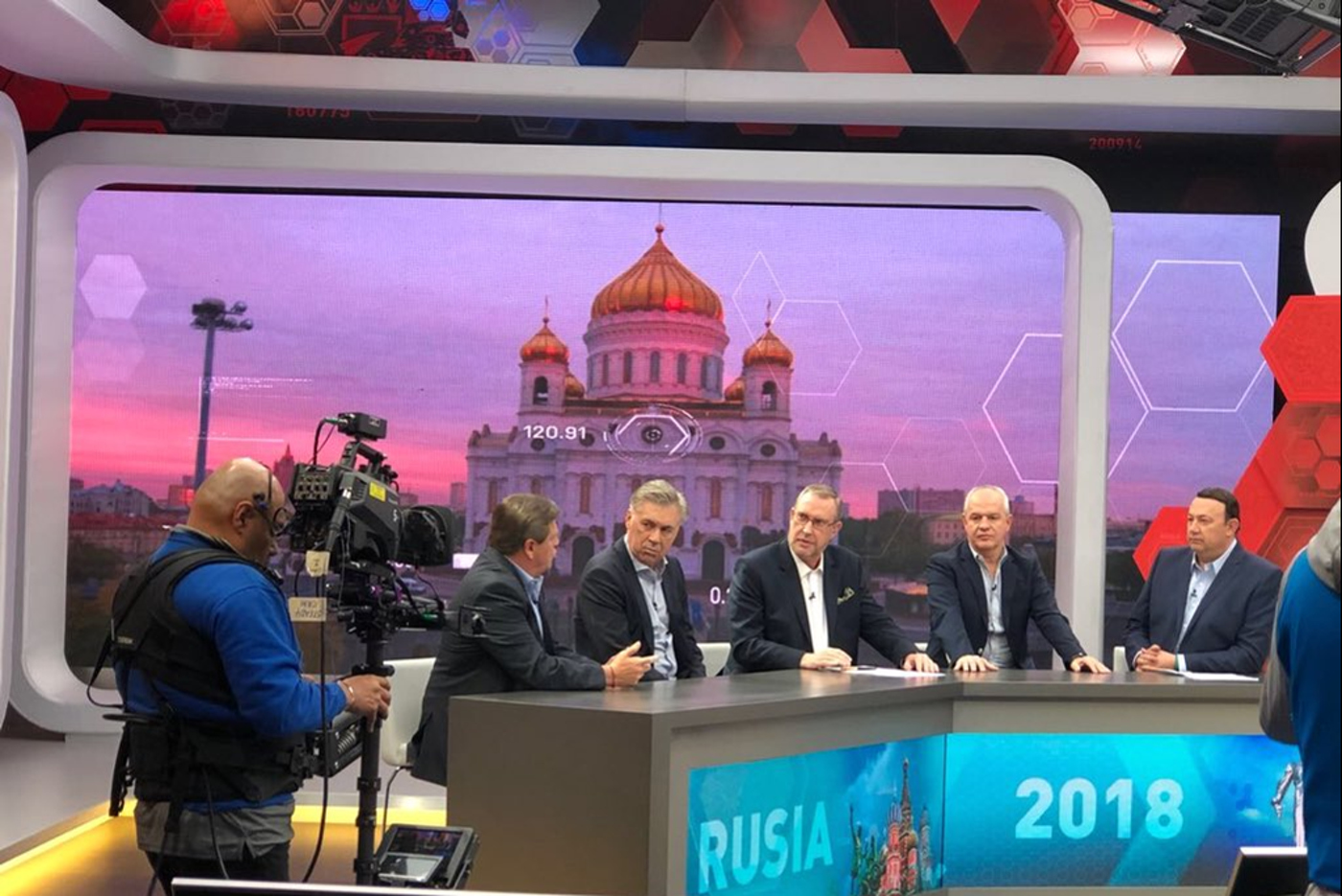 Inside the IBC, thick gray frames and header elements anchor the design, with large LED video walls behind allowing the network to showcase Russian landmarks — sometimes with subtle polygons and microtext overlaid.

At Red Square in Moscow, meanwhile, the network broadcasts from a windowed space with a simple high top anchor desk that features an L-shaped rendition of the gray rounded frames fronted with a sheet of glass and video panel. 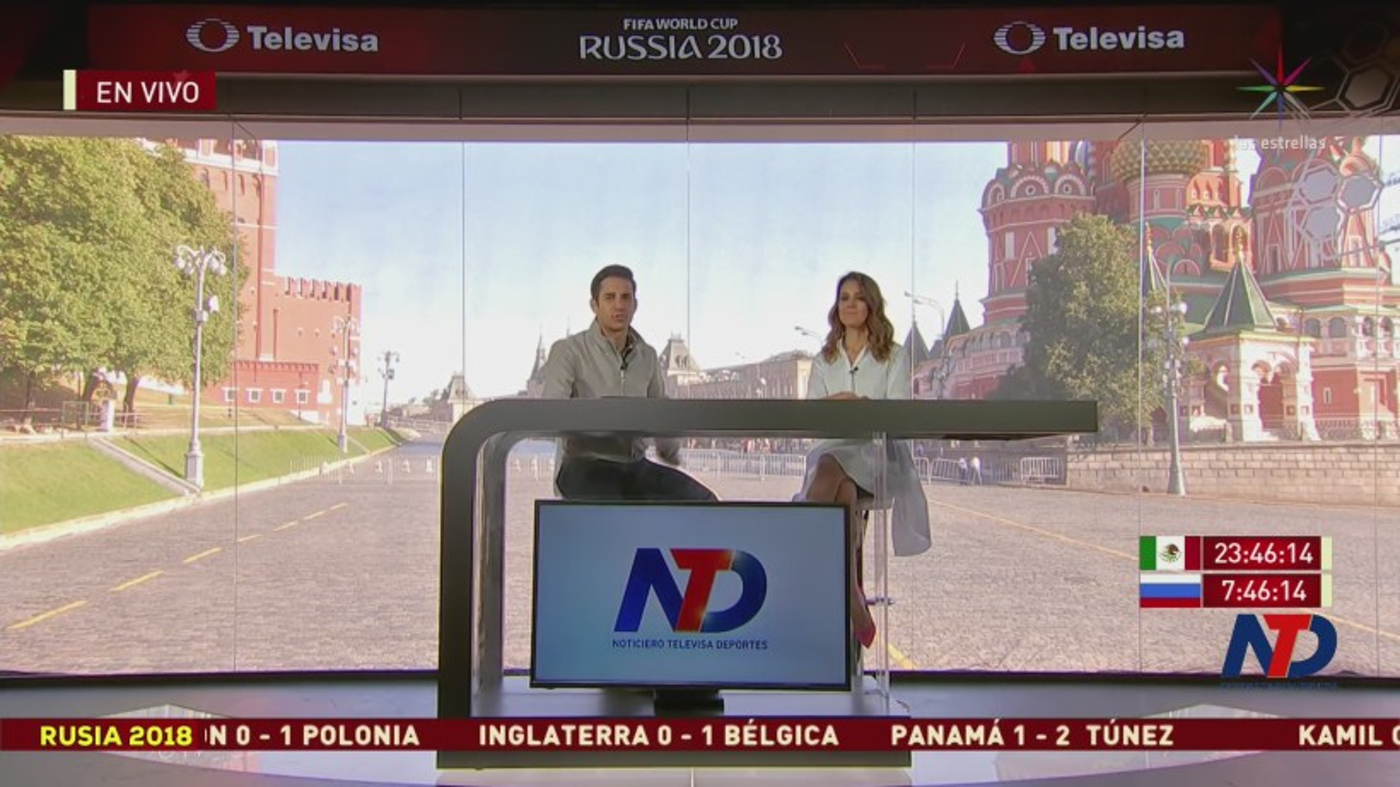 Televisa has also integrated augmented reality into its production, powered by Vizrt with stYpe camera tracking. WASP 3D also worked with the network on some AR elements.

At the IBC, two control rooms with video feeds send to and from Mexico via NewTek’s NDI.