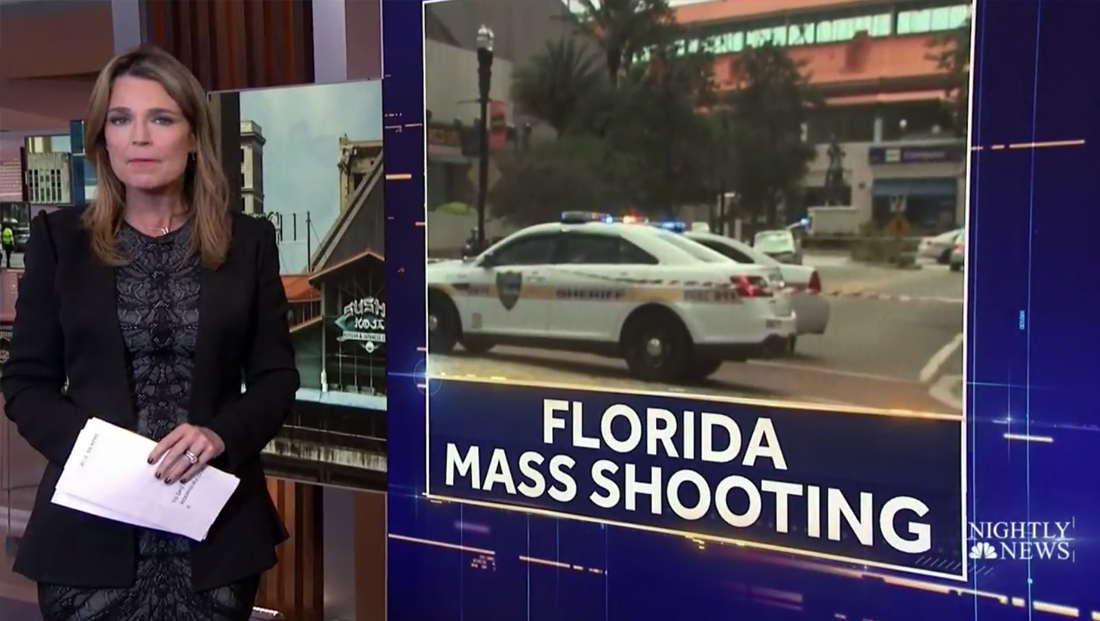 On “CBS Weekend News,” the weekend version of “CBS Evening News,” the broadcast also led with the shooting, featuring an in-studio debrief. 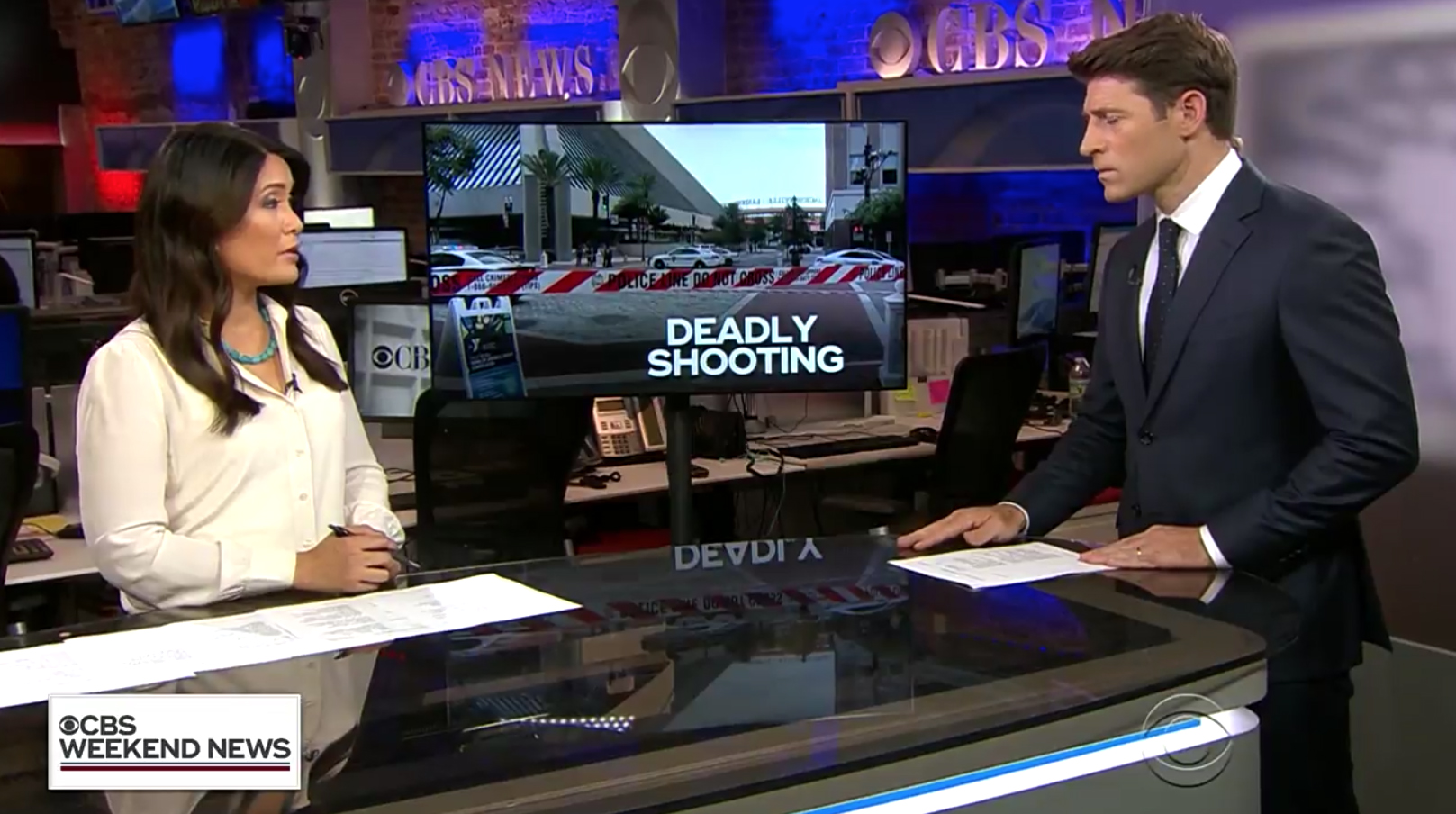 Switching gears to the senator’s passing came next, with a bold graphic of McCain’s photo and name in sans serif type.

Above and below the red lettering were two black bards — one with the word “Senator” and two stars, another with his years of birth and death. 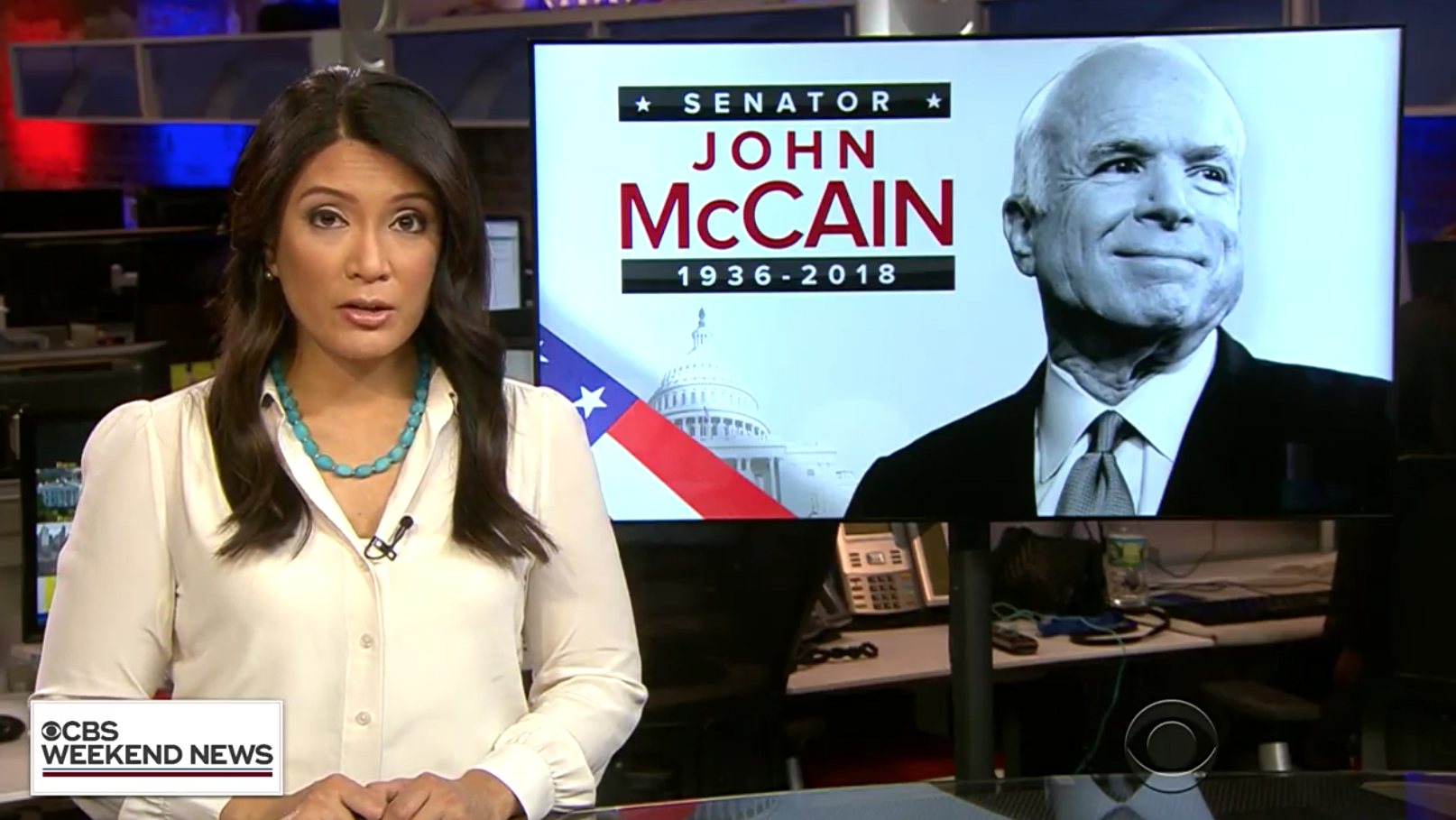