Interns in the broadcast industry 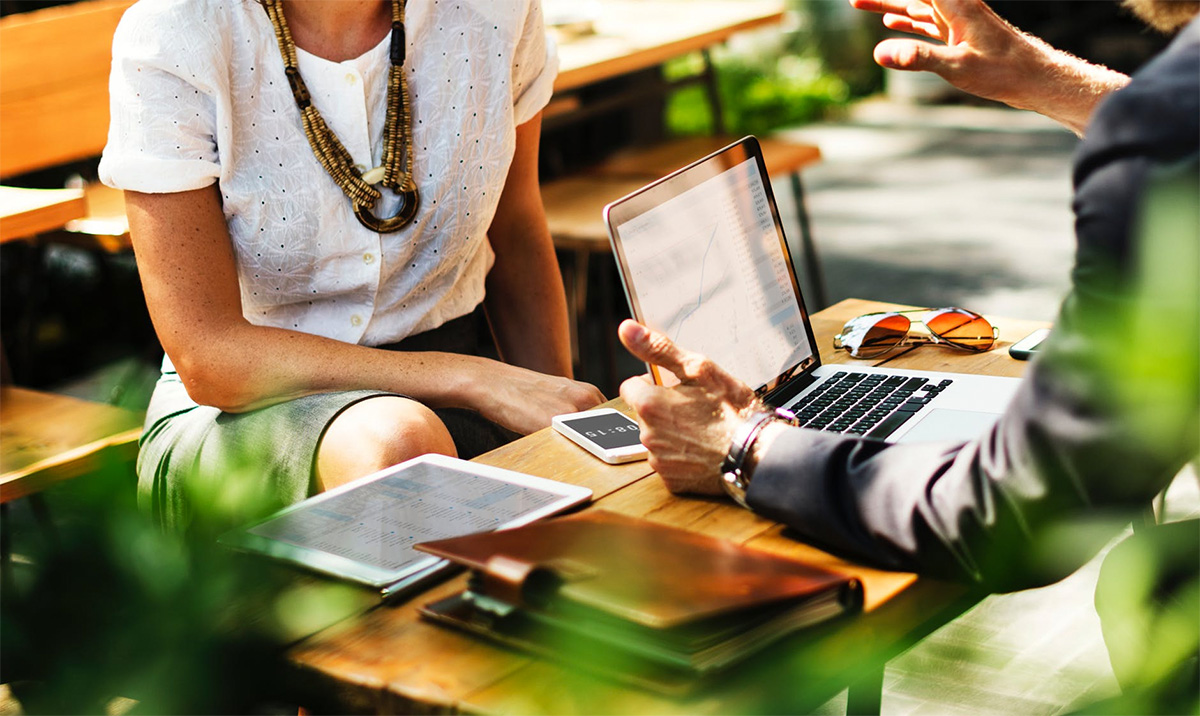 Summer concludes soon, and with it, college students will return from their summer internships back to colleges and universities. I think a lot about interns and internships — I enjoy writing about economic issues as they affect labor. In other words, issues that matter to people like me. My interest centers around one main question: Why are internships still a thing? Immediately other questions pop into mind. Who do internships benefit? What exactly do the interns get out of the experience? Is there a place in this industry for interns at all? Has anyone ever stopped examine any of this?

Sponsoring an internship program must surely arise from a sense of altruism. A company or group of individuals feels a need to help the next generation, an admirable goal. The internship concept speaks to an older time in the economy, a period of apprentices and apprenticeships, where the young followed their elders into a trade. Nostalgia serves as a strong motivator.

Consider many internship programs pay nothing or very little. Does the intern benefit by providing his or her services for free? I have never seen any data to suggest such an “investment” pays dividends. Anecdotal stories do exist, sure, but someone’s good fortune does not a good policy make. Sadly, many interns believe working for free is a great career stepping stone. These ideas are perpetuated by college professors, and my disdain for such “advice” or those who peddle it from the comfort of a full-time faculty position can hardly be contained. It is not altruistic to train someone in a program that requires money to attend, and then use that position of authority to tell the student, “Well, you’ll have to work for free to get anywhere.” Personally, I think it should be criminal.

In reality “contacts” or “experience” do not qualify as legal tender. Thus, only young folks with connections and money can even afford these internships. Those with means don’t need our (meaning people like me who never had connections or family money) help; they’re gonna be just fine. Furthermore, someone wealthy enough to work for free when young isn’t going to stick around long-term after they find out their likely starting salary. Are we really training the next generation? Seems to me we’re providing summer camp for the wealthy, connected college students who get killer Instagram pics hobnobbing with celebs on film sets, who will eventually do something else in life.

Evidence does abound working for free hurts labor generally at all levels. If a large, renewable bloc of designers exist that have learned to accept payment in “experience” and “contacts,” then demand for paid services stays flat. We, in fact, see that happening. Making a full-time living in the Off-Broadway market for designers here in New York is near impossible. Even the Broadway world is suffering. A past assistant said to me once, “I was interning for a pregnant, Broadway designer who said under her breath after a frustrating tech day, ‘I’m a fucking Tony-nominated designer who can’t afford to have this kid,’ which blew my mind and made me realize this ecosystem was in dire trouble.” Top Broadway designers don’t design as much as the run small labor companies employing designers cheaply so as to leverage the principle designer’s time. Many of these assistants can’t afford to live, making well below minimum wage. I know this because I see many of them wanting jobs in TV; their story is always the same.

Freelance wages have barely risen since I started 15 years ago. Factoring in inflation, workers today make less than I did sling a wrench. Wages across the television industry, like for Lighting Directors and Designers, have continually declined since a peak in the 1980s. Increasing technology plays a part, reduced tolerance for waste does too, but we do ourselves no favors by teaching the next generation not being paid is an acceptable modus operandi. Free and cheap labor is a cancer which threatens the whole organism. The lessons which have allowed this sickness to fester start young.

Do internships benefit companies? Ultimately, I think not. Interns are less skilled employees who need counseling and extra help, a drain on a small business’s limited resources. Employees, who are likely spread thin, must take on yet more responsibility. Interns (should) also cost money, because this country has a minimum wage we have collectively agreed should be earned for a day’s work. While the minimum wage is not a significant cost, it may not immediately be billable to a client. I remain, however, unsympathetic. Internships are a form of charity — helping the next generation — and totally optional. If these costs are too high, then the company should abandon its internship program. No program is better than a bad program.

How do we craft an internship program that works for us and our industry for the modern age? It starts by asking some difficult questions.

Before beginning an internship program, the individual should ask how much is the designer, organization, theater, or company is investing in them? If the internship does not pay at least minimum wage, stop and seriously consider finding alternate employment. Everyone, regardless of their skill level and age, is entitled to the minimum wage for an honest days work.

Furthermore, if the internship does not pay or pays very little be warned you will likely be bored. It is illegal (in New York) for the designer, organization, theater, or company to have you do actual work if no compensation is given. You’ll likely do errands or mind-numbing busy work. Is standing around or being lectured by company elders rehashing their past in the form of advice how you want to spend your summer? If not, walk away.

Finally, potential interns should ask themselves a fundamental question: If the designer, organization, theater, or company had to pay their interns a living wage, would they be an economically viable entity? If the answer is no, this is not a path worth pursuing. Unscrupulous theater companies come to mind, who depend on free labor to install shows.

Designers, organizations, theaters, or companies should ask themselves if having an internship program makes sense. If paying minimum wage is unaffordable, the program should not exist. It hurts workers at all levels and teaches younger workers that working for free is acceptable. If the program exists only to help the connected or wealthy, or to curry favor with clients by employing their children, then save everyone the hassle. Employees are not summer camp counselors. If the program exists to provide a soapbox with which to retell stories, spare us all and let the young worker find better opportunities elsewhere. People learn by doing, not by watching or listening about the good ole days.

On job sites I run, everyone works. We are in this together. That means interns work alongside me and everyone else on the crew while earning at least minimum wage for their labor. Or, there are no interns on-site. To understand my life they must interact with everyone, from the clients, who are my bosses, to the crew, whose livelihood and output I am responsible for. I say this again and again: The least interesting part of my job consists of the 10% learned at university, things like how to draft or which lights go where. The stuff on-site, working in the trenches — the 90% — that’s the valuable information. That’s what makes me, me. How that’s handled separates success from failure in our biz. It’s what internships were originally meant to do, and what they can be again if we have the courage to change it.

The American ethos of “Work hard and you will achieve,” right after a line about, “…paying your dues” features heavily in our industry’s lore. This lovely, romantic notion can easily be abused. Economics is filled with unintended consequences born from good intentions; here is no exception. The delta between what we hope to teach and what we actually teach has enormous consequences. Safeguarding vulnerable, young workers, asking hard questions, and keeping a skeptical attitude may go a lot further in the long term than contacts and experience.

About
Lance DarcyLance has been working in events and T.V. as a Project Manager and Lighting Designer for over 13 years. His industrial credits include hundreds weddings, up-fronts, fashion shows, product launches, press conferences, and every type of party imaginable. For The Lighting Design Group Lance worked on Current TV and later helped launch Al Jazeera America. He primarily works at CNN on "Anderson Cooper 360" and "CNN Tonight," in addition to special events throughout the Greater New York City area.