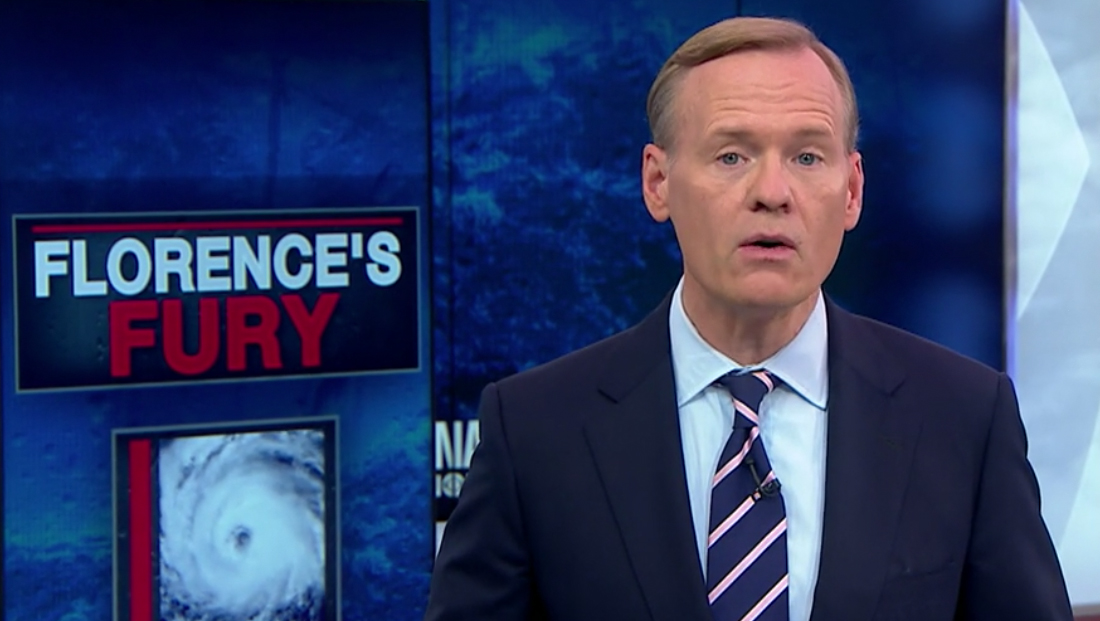 CBS News briefly added the word “fury” to its Florence coverage branding — a move that placed it similar to NBC’s naming.

Now that #HurricaneFlorence is, well, no longer a hurricane, @NBCNews has switched to "The Fury of Florence" branding for "#TodayShow' pic.twitter.com/VQY0rpVLIW 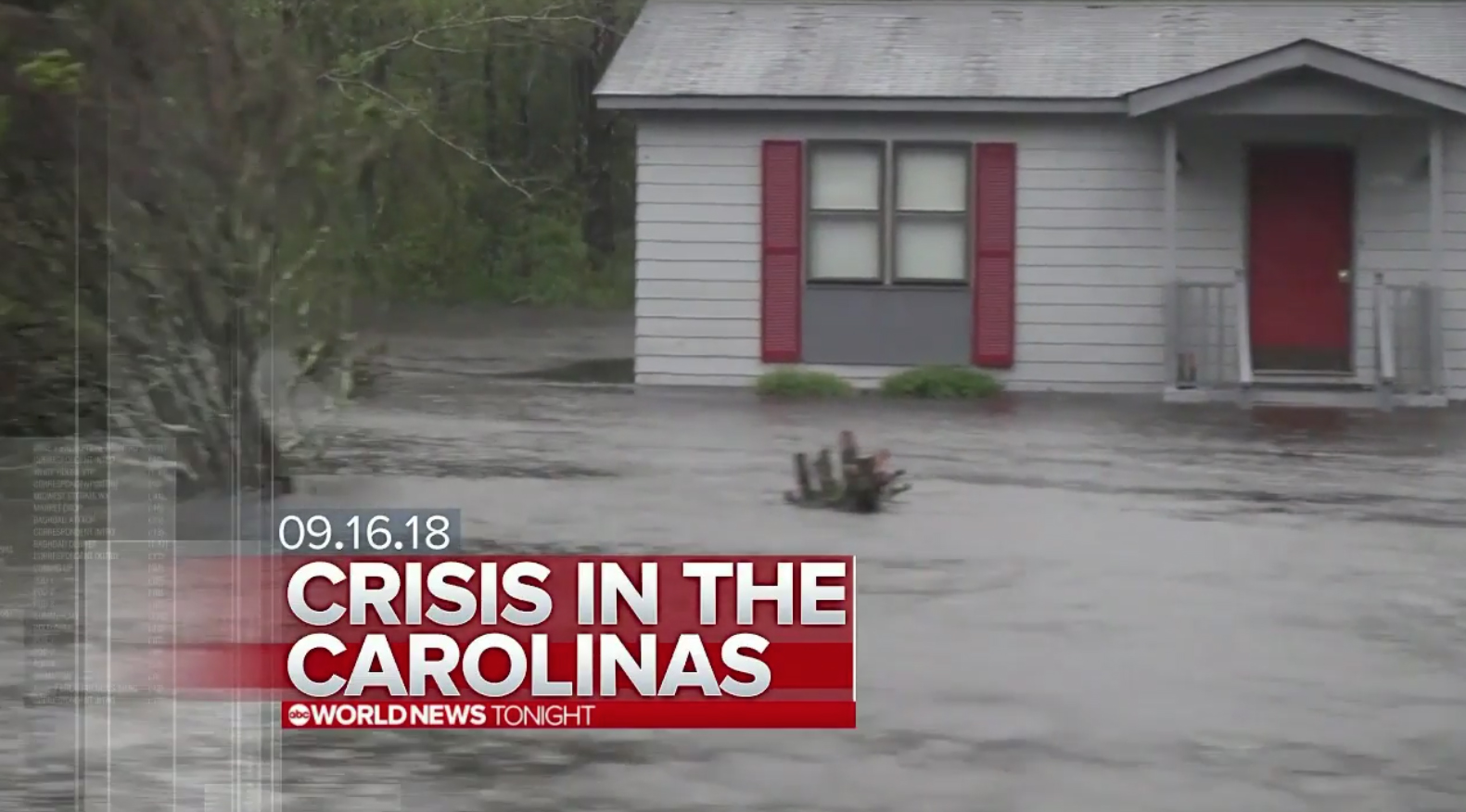 ABC switched to using “Crisis in the Carolinas” Sunday evening — a name that, while wonderfully alliterative, could quickly become outdated as the storm moves out of the region.

By Monday morning, “Good Morning America” didn’t use the branding prominently but did make several references to the “Carolinas.”

“CBS This Morning,” meanwhile, switched to informally branding its coverage as “Florence’s Devastation” as of Monday morning.