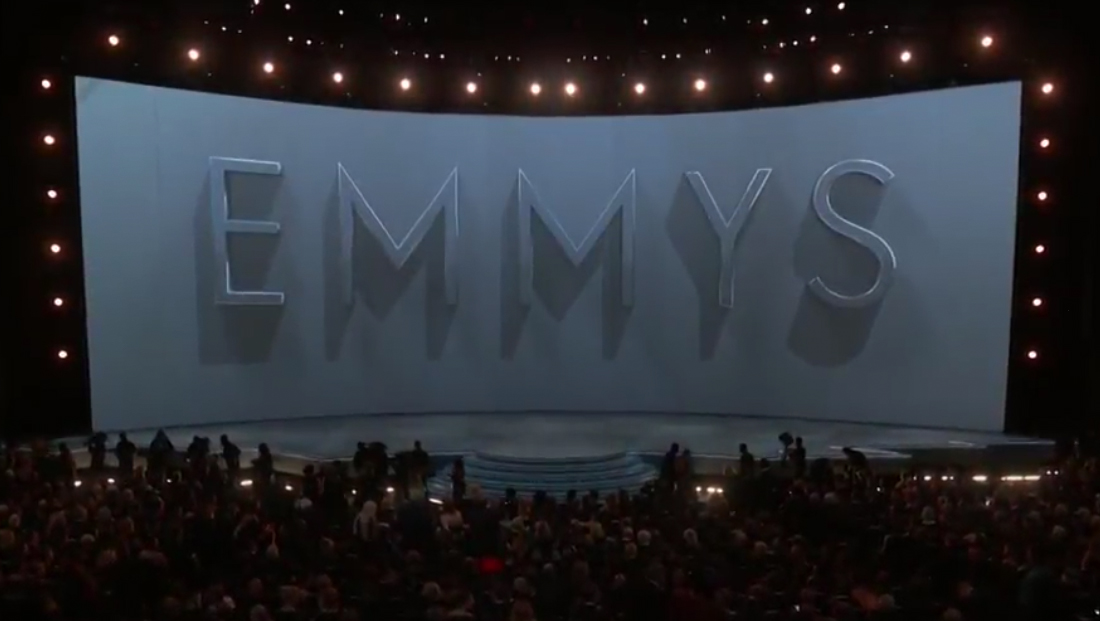 The 2018 Primetime Emmy Awards went relatively simple with its production design — with the most prominently element being an large, seamless curved video wall with pivoting vertical segments, a look that was carried through in the telecast’s motion graphics.

Broadcasting from the Microsoft Theater in Los Angeles, the large vertical projection video panels could be turned individually or in groups to reveal the live band, an oversized Emmy statuette and lighted backgrounds. 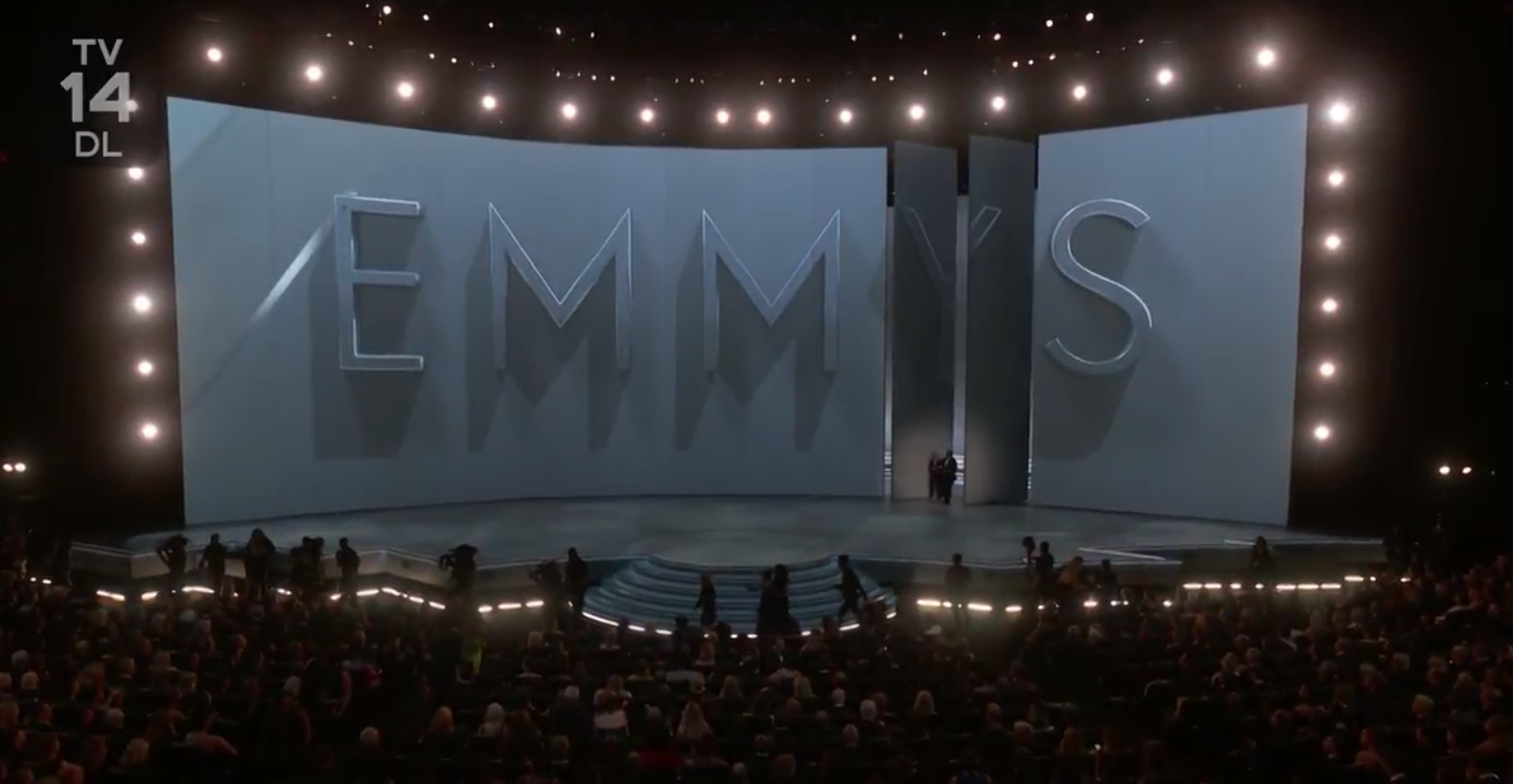 Ringing the panels were large accent lights, creating the look of a marquee or makeup room mirror.