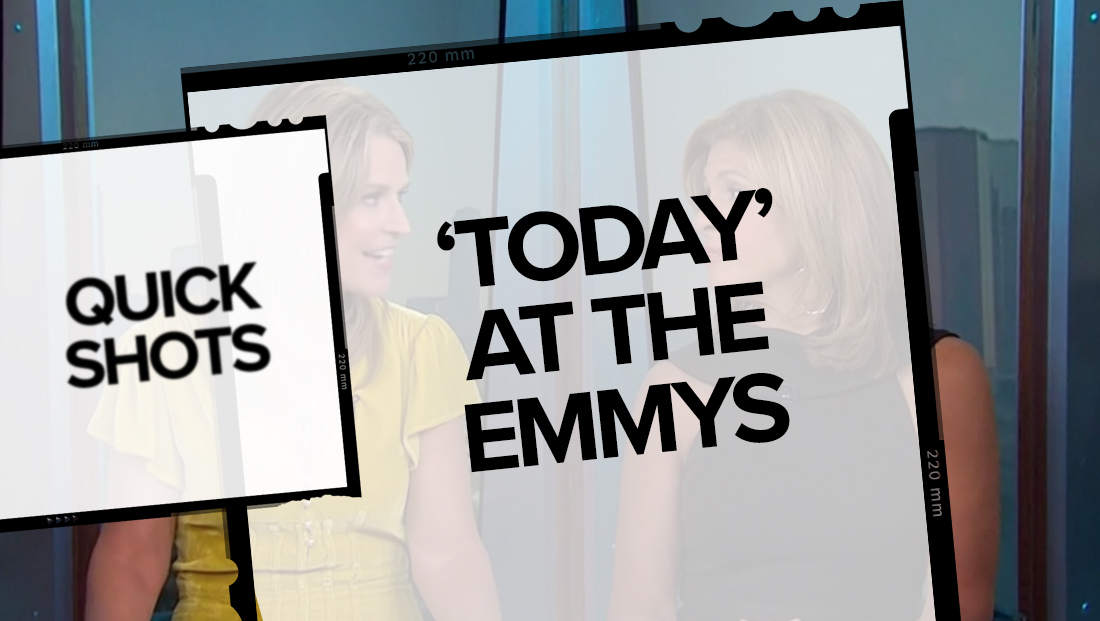 The show used its normal open, including showing the control room in New York, but the announcer noted the show was “live from Los Angeles.”

The pair were back in New York and Studio 1A Tuesday, Sept. 18, 2018 and offered post-Emmy coverage, though, unlike some other awards show coverage, the lower third graphics remained the show’s normal blue.