‘Access’ mixes curves with mid-century styling for Emmy set up 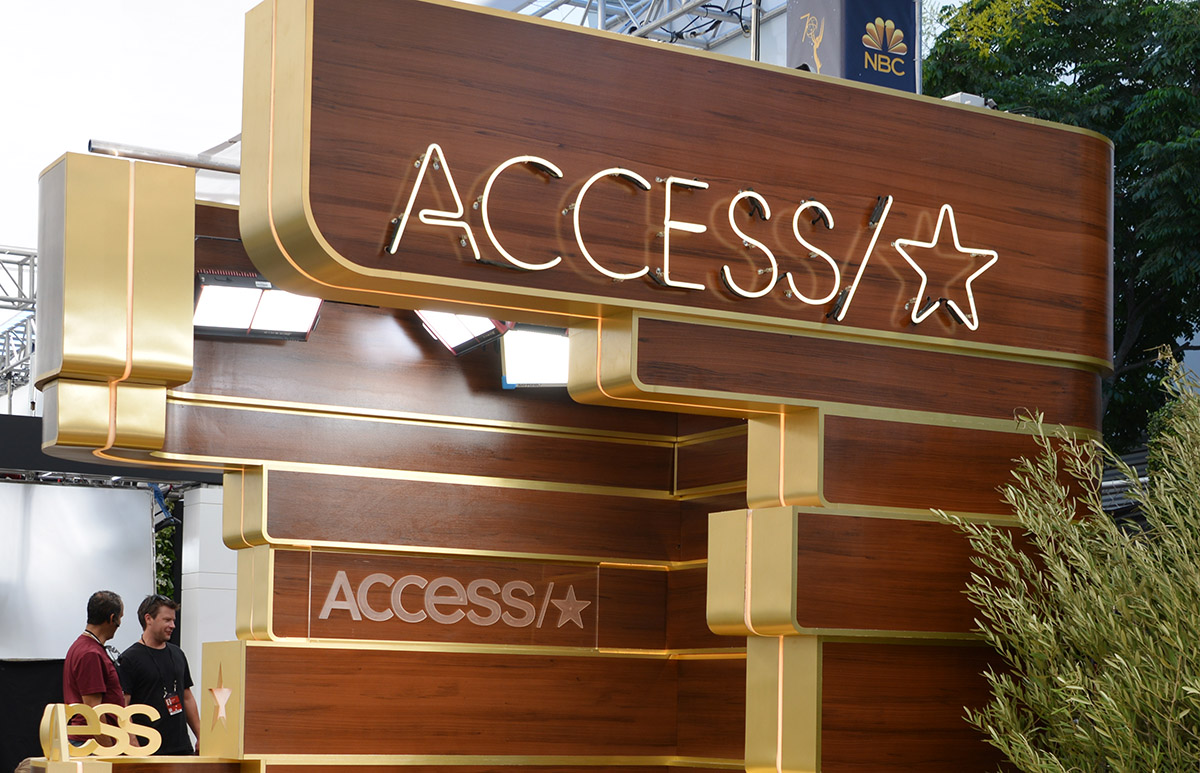 Mixing a combination of design cues including mid-century modern and conceptual architecture, the booth-style design captured Hollywood glamour with a touch of elegance. 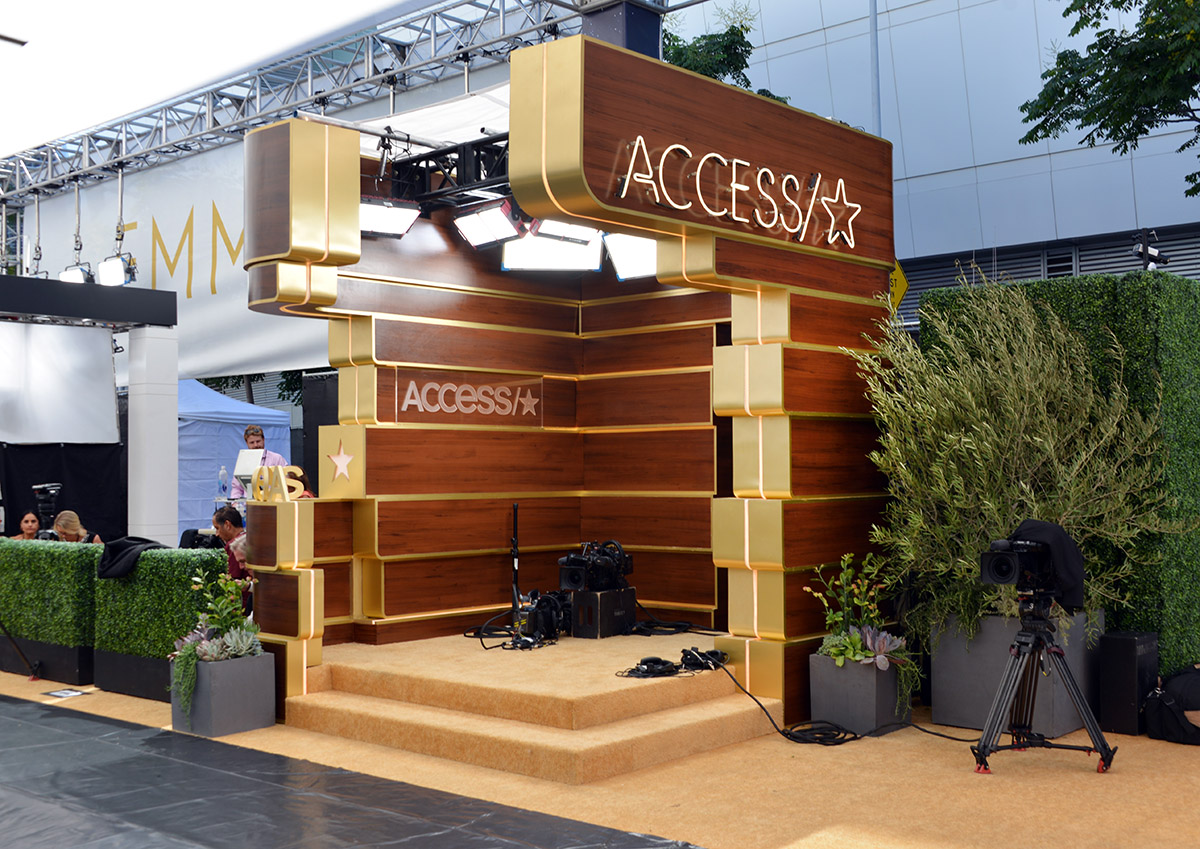 The design used wood tones and gold finishes with undulating, stacked panels to create the setup for hosts Kit Hoover and Scott Evans, with a view of the arrivals area behind.

The booth was located on the corner of the red carpet where stars arrived at the Microsoft Theatre in Los Angeles, alongside other broadcasters such as “Entertainment Tonight,” “E! News” and “Extra.”

Like all of the various setups, the broadcast lighting had to work with the design to create a fully integrated space with room for talent, producers and guests.

Other design touches include a neon sign with the stylized “Access” logo, along with frosted logo panels and edge lighting on the faux wooden bands.