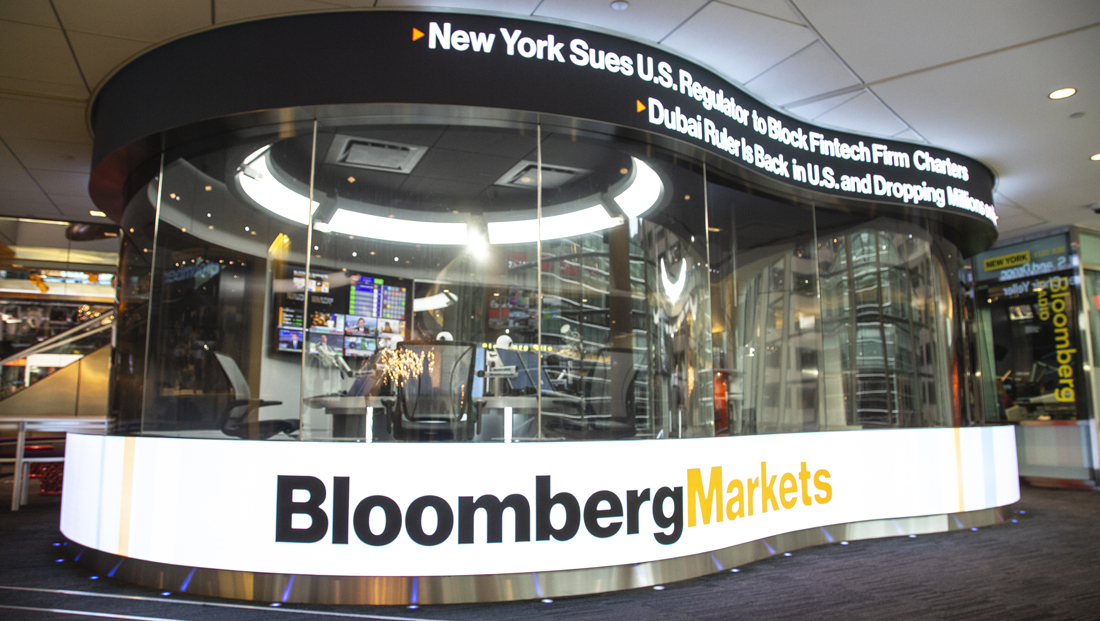 Bloomberg has launched a state-of-the-art multiplatform broadcast studio in the heart of Bloomberg’s global headquarters in New York City.

The space features curved glass walls that separate it from one of the most high-trafficked areas of Bloomberg’s headquarters.

On the outside, two “information canvases,” created using LED video ribbons, run along the outside of the space and utilize new flexible LED technology for a high-resolution display of real-time market data, news, and content from advertisers. AV Design Services provided and integrated the LED tech with fabrication by Erector Sets. 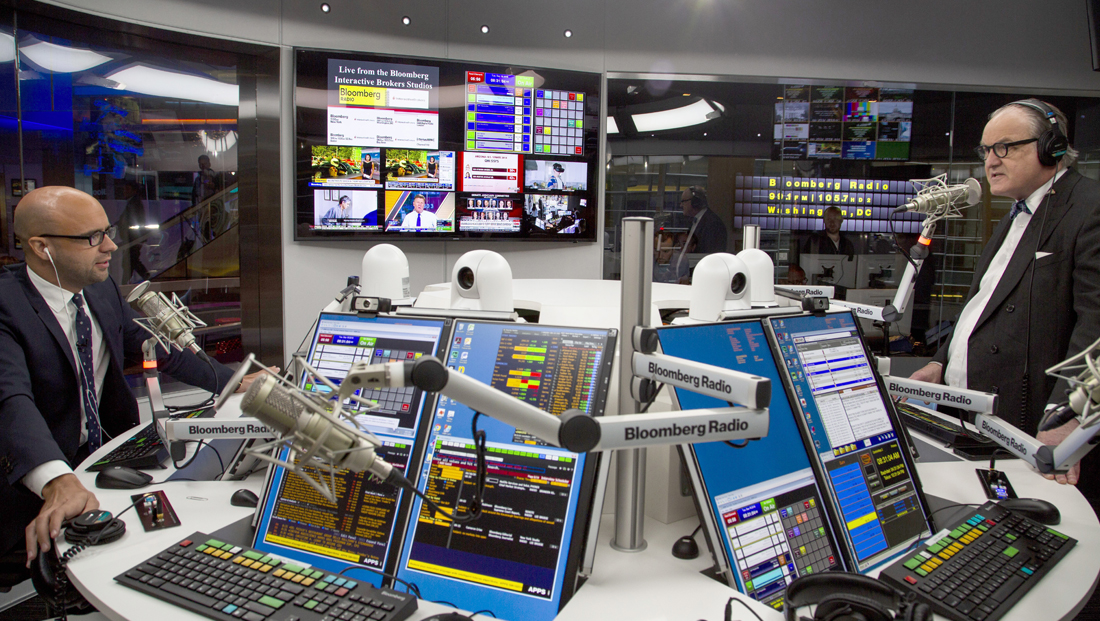 The completely IP audio based studio is outfitted with a graphics display capability of 7680×1080 and intelligent automation for operator-less video control and presentation of story related elements, as well as brand highlights and market insights.

Ten cameras are integrated throughout the space, providing a comfortable interview experience and compelling visual presentation, which will also allow for future television broadcasts. 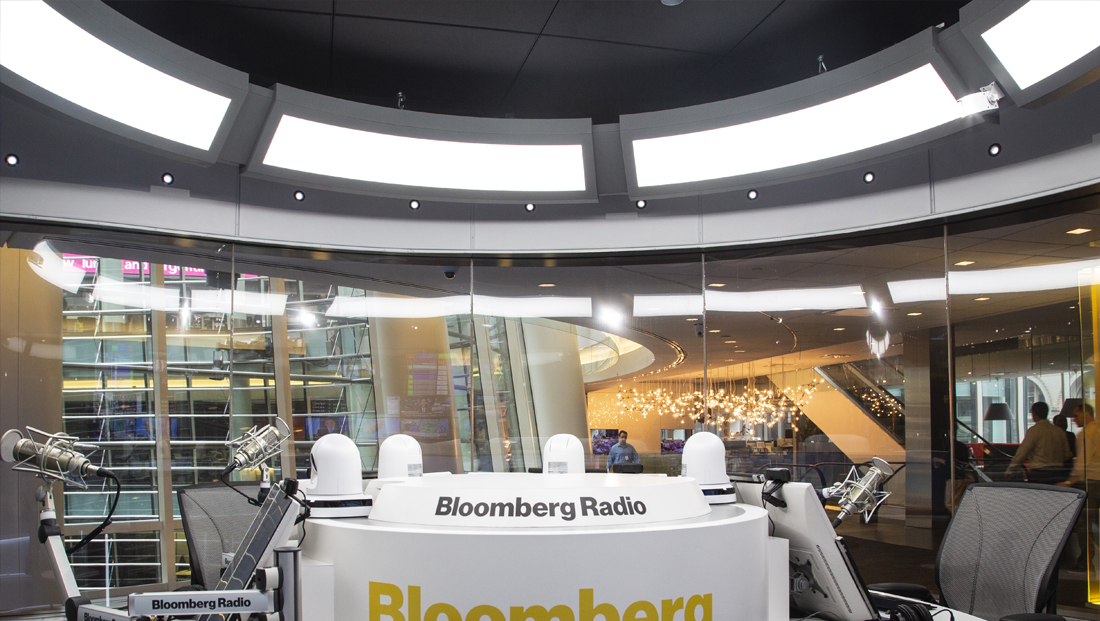 “Our new multiplatform studio will provide our anchors with the ability to deliver more in-depth interviews with the top minds in business and finance,” said Al Mayers, global head of Bloomberg Television and Radio in a statement. “The space maximizes the power of the Bloomberg Terminal and creates an improved experience for both guests and our listeners.”

The new program launched August 27 and airs weekdays from 2 to 5 p.m. eastern.

It combines daily market and news coverage with newsmaker interviews and in-depth reporting. Content from the program is produced into a daily podcast, which is distributed on Bloomberg.com, Apple Podcasts, Google and Spotify.