KHOU, the Tegna CBS affiliate in Houston, which is still broadcasting out of temporary facilities after Hurricane Harvey flooding destroyed its building, has switched to a new logo.

The station kept its Texas star icon, but moved it from below the logo to between the call letters and the 11, which is no longer in italics.

The sharp triangular element below has also been removed, while the letter itself has its spacing reduced so that all four letters merge together.

In the new design, the CBS eye logo is kept on the far lower right of the logo, almost serving as a “period.”

Some applications of the logo also include the red and blue color palette, in a slightly darker shade, though the “K” and star becomes red while the remaining lettering is shown in blue — a change in the previous look. 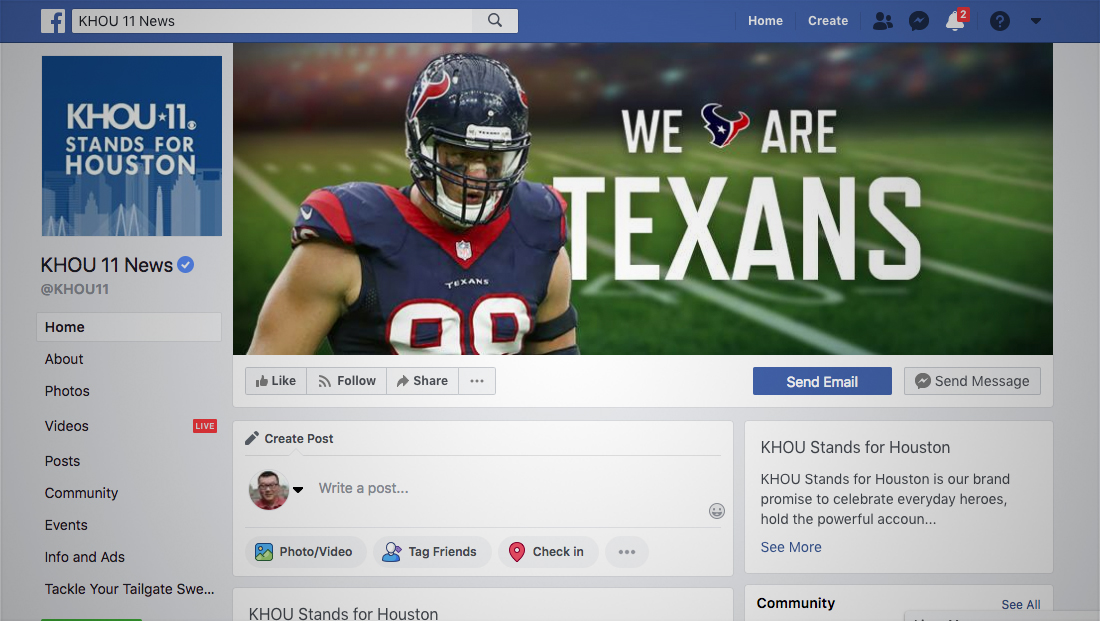 The station updated its logo and graphics package to the new, cleaner Tegna look this spring, but stuck with the old logo fort the summer.

The new logo, which continues to incorporate the station’s “Stands for Houston” branding, was updated social media sites in September 2018, but the station has not updated its website yet.

The new logo has also been installed on the streetside studio the station opened Sept. 28, 2018.