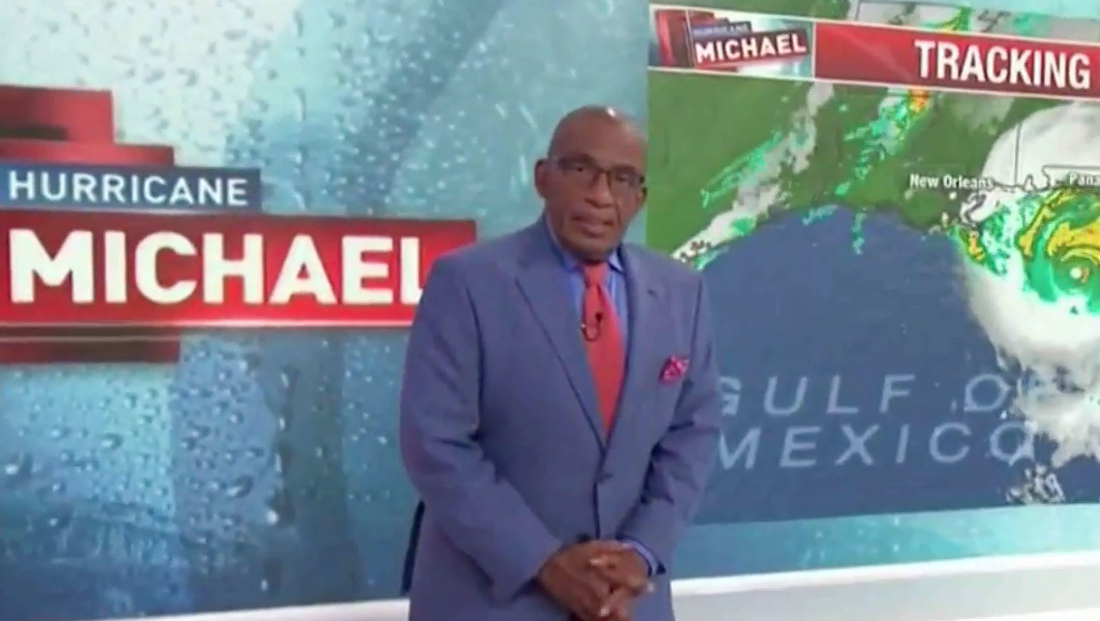 “Today” kicked off Wednesday’s show with an extended video wall and panel sequence.

The production area video wall was also used for an additional map and data points, with another vertical panel with the hurricane branding in the background. 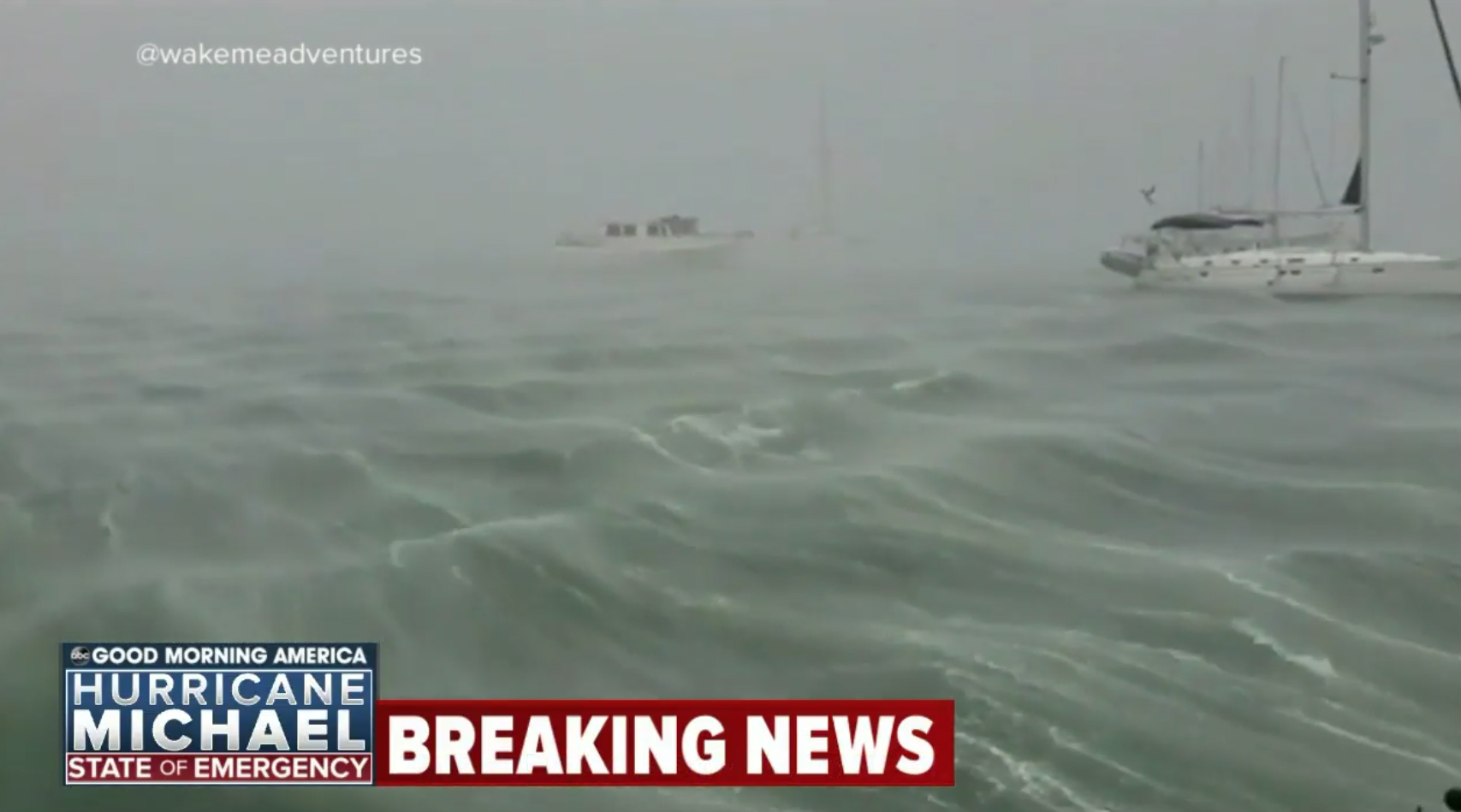 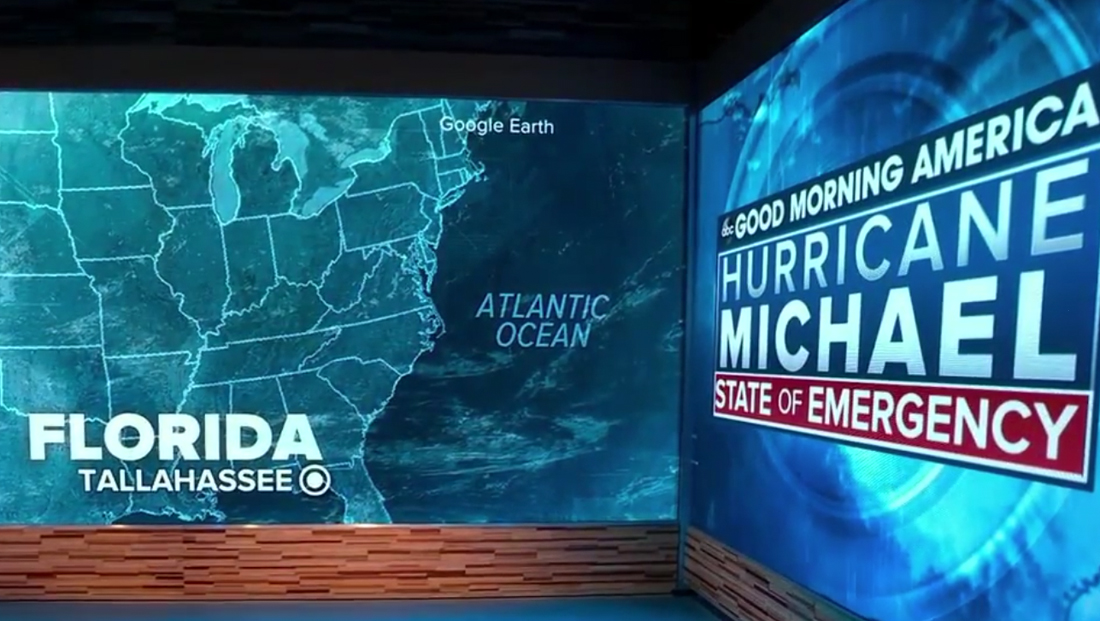 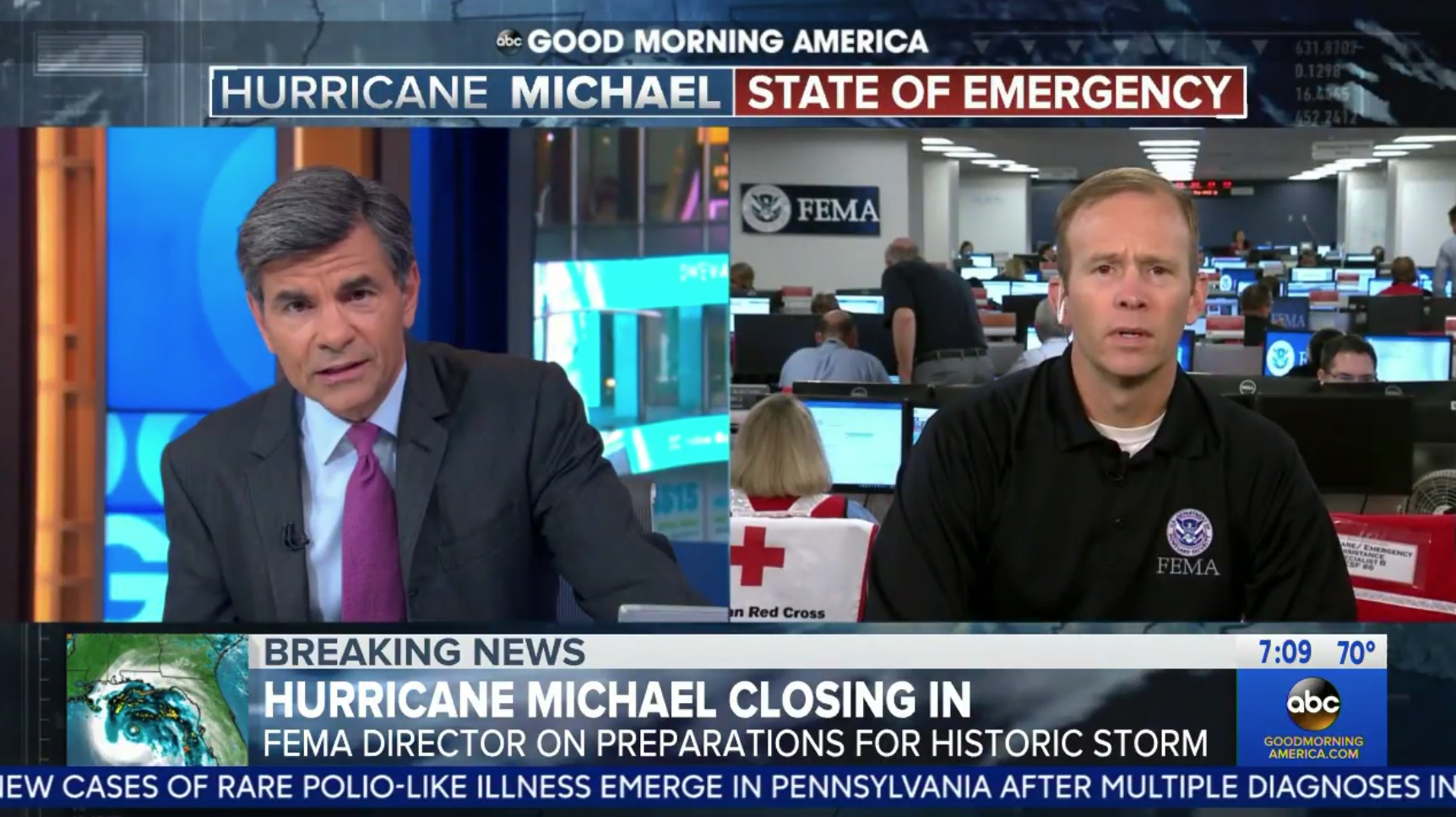 The logo was also used above the broadcast’s two boxes. The broadcast also used its deep blue lower thirds with radar image in the lower left. 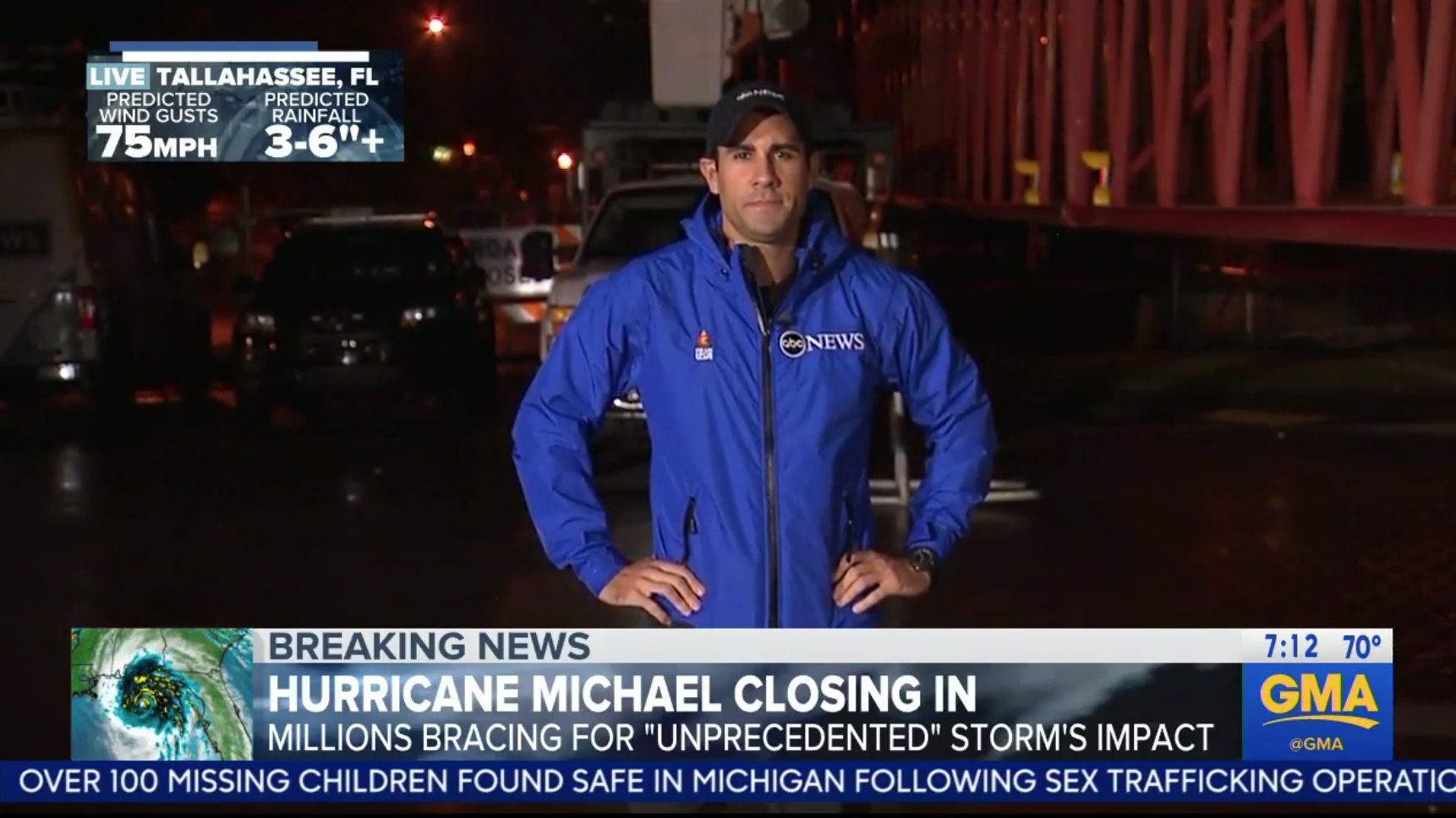 During live shots, ‘GMA’ added location-specific weather data in the upper left of the screen.