How the networks covered the bomber arrest Friday night 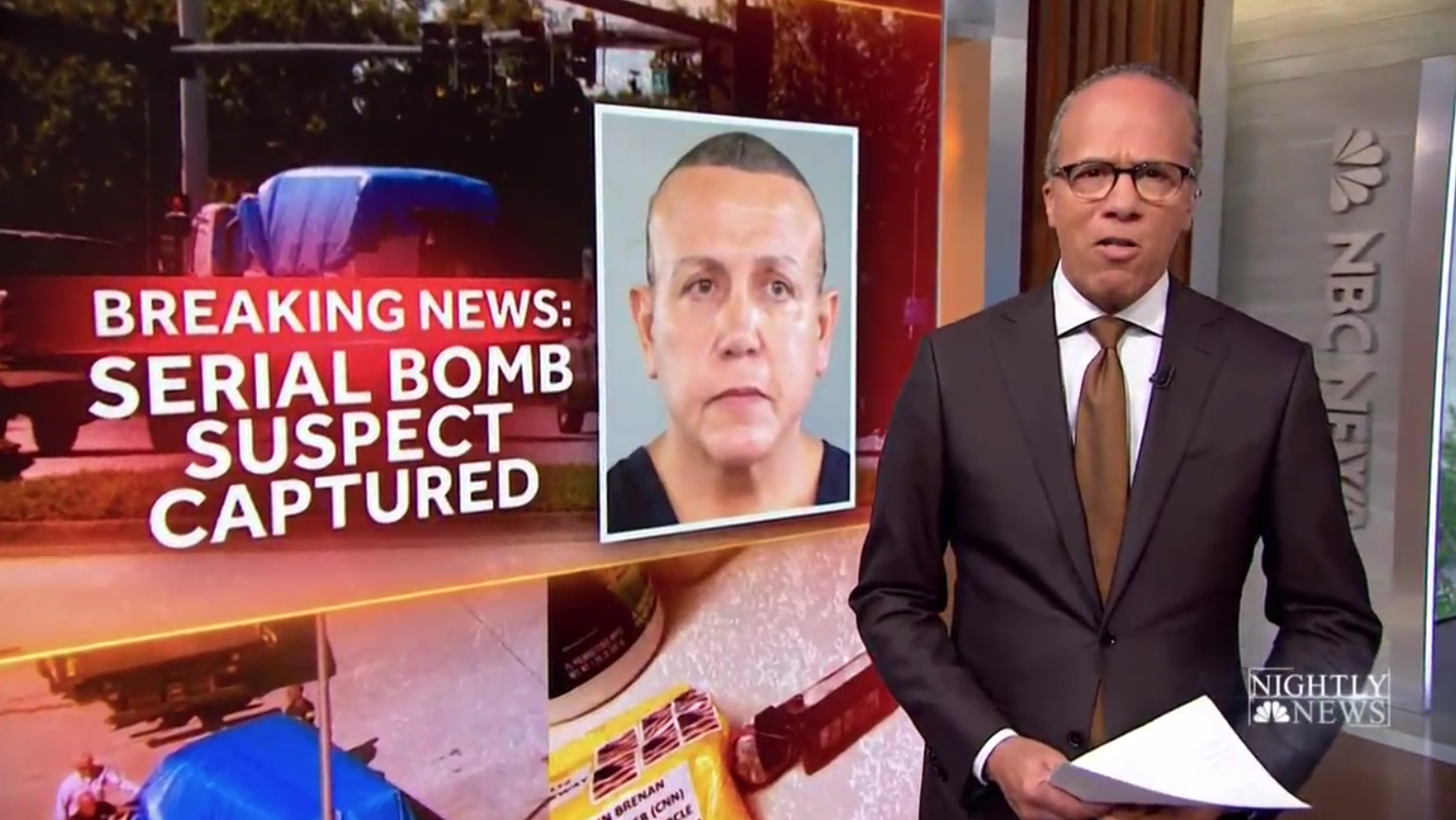 News of an arrest in the pipe bombing case lead all three network newscasts Friday, Oct. 26, 2018.

“NBC Nightly News” offered solid team coverage of the arrest but relied mostly on imagery from the scene and various bomb scares with a few animated graphics mixed in.

On her home network, '#NBCNightlyNews' includes both #MegynKelly and pipe bomb stories in teases pic.twitter.com/xP02p9YVv6 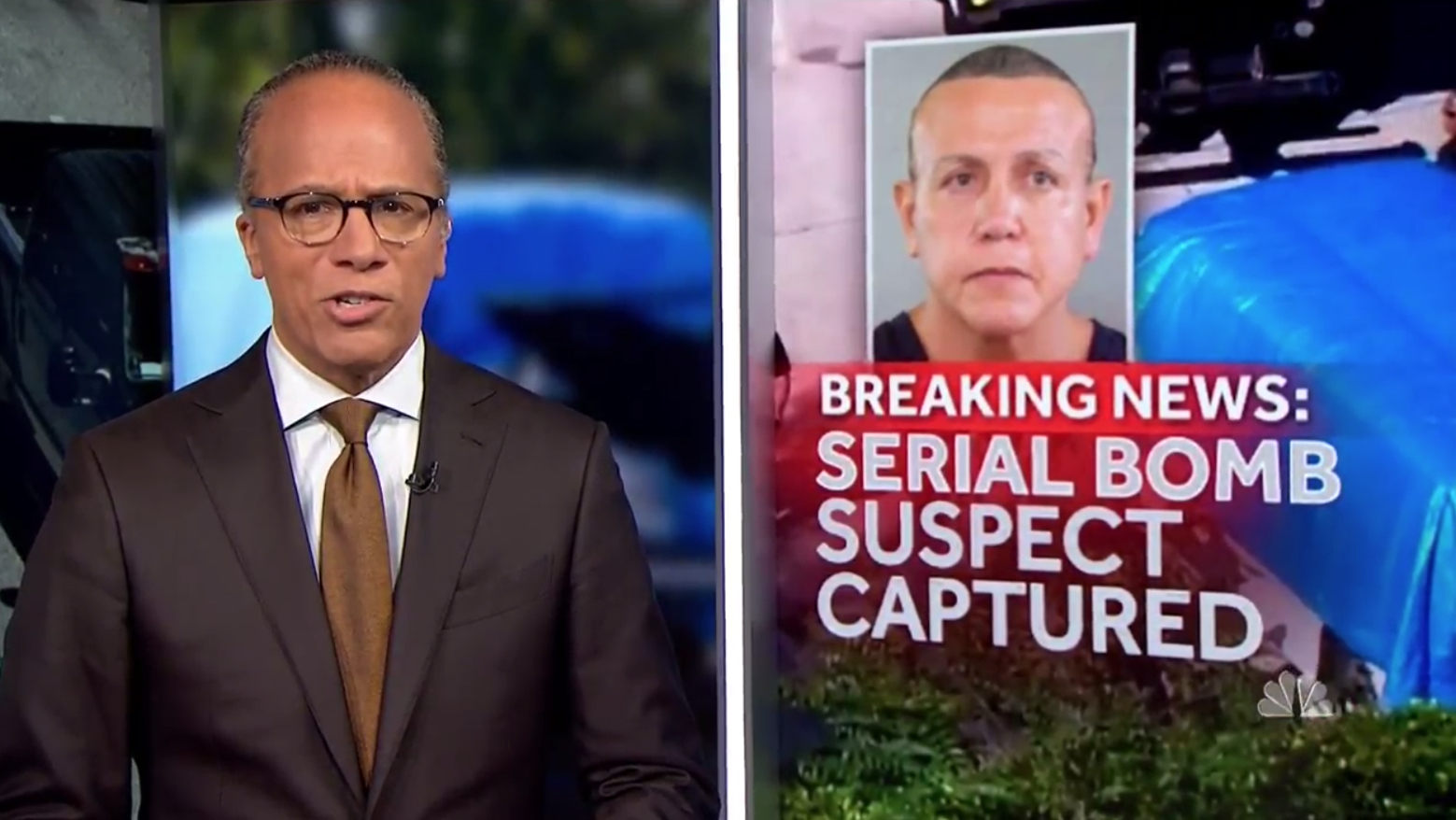 After introducing the story from the ‘video tower’ in the ‘Nightly News’ studio, anchor Lester Holt moved over to the vista alcove for additional intros.