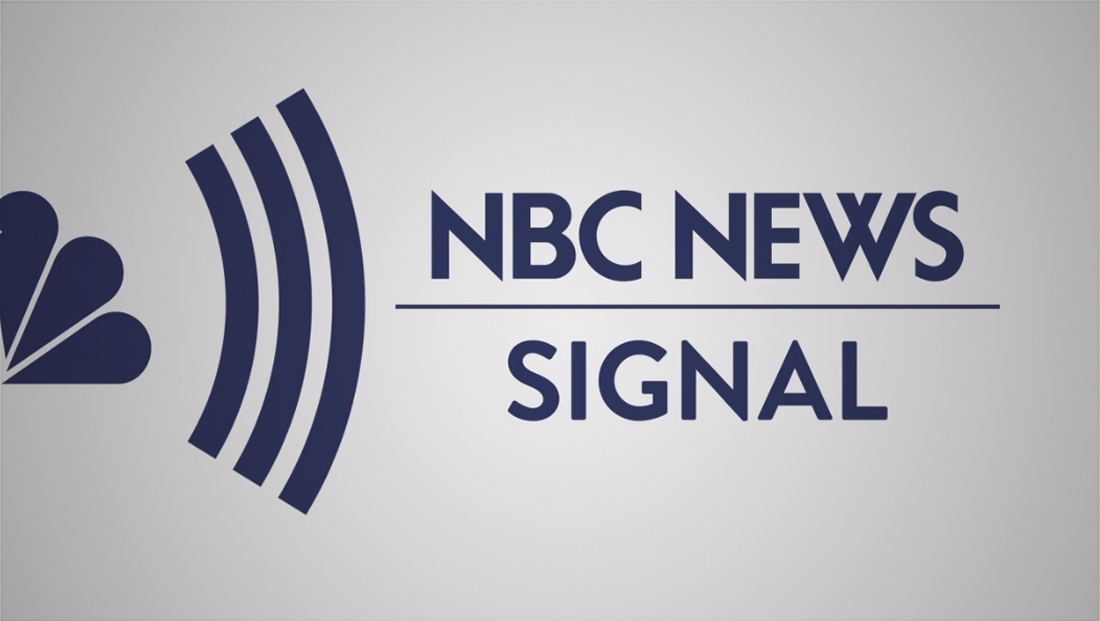 “NBC News Signal,” an online-only newscast that debuted Oct. 11, 2018 and will become part of the network’s streaming service by the same name later this year uses a trendy color palette and casual style to appeal to younger viewers.

“Signal,” which currently airs on Thursdays nights, will expand to five nights a week when the streaming service debuts later this quarter.

In the meantime, the online newscast that debuted earlier this fall with Simone Boyce, is anchored from the network’s fourth floor newsroom. 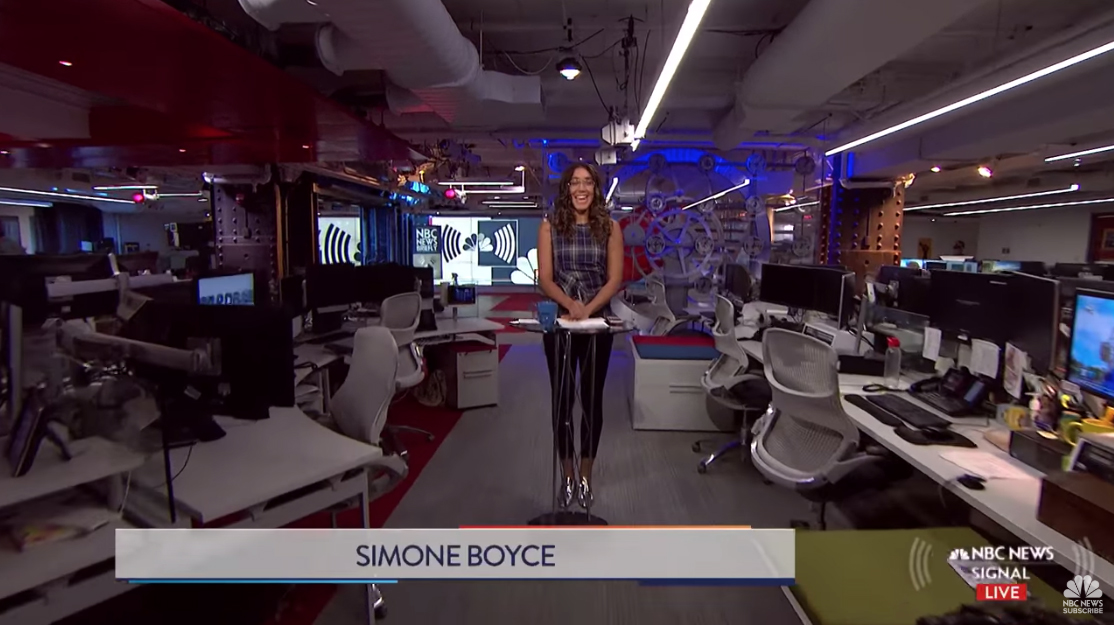 Instead of using the glassed in Studio 4E and a traditional anchor desk, however, Boyce stands in the middle of the newsroom’s workstations with a small high boy-style table — and introduces herself as simply ‘Simone.’ Behind Boyce, the studio’s video walls are fed with ‘Signal’ branded graphics. A wide push in using a handheld camera shows off the space’s industrial-style design. 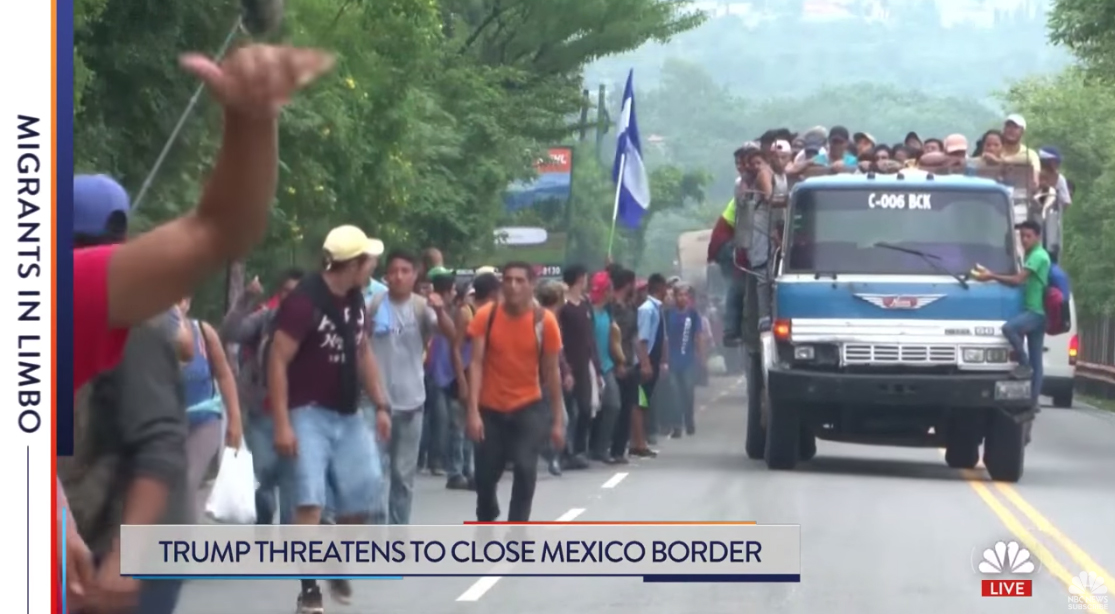 The show’s graphics use a color palette of a deep blue-violet, red, orange, yellow and light blue, including the lower third insert graphics. In addition to the semi-transparent bars near the bottom of the screen, the newscast also inserts a topic banner on the left side of the screen — with the text rotated 90-degrees. This banner is set against a solid non-transparent white background. 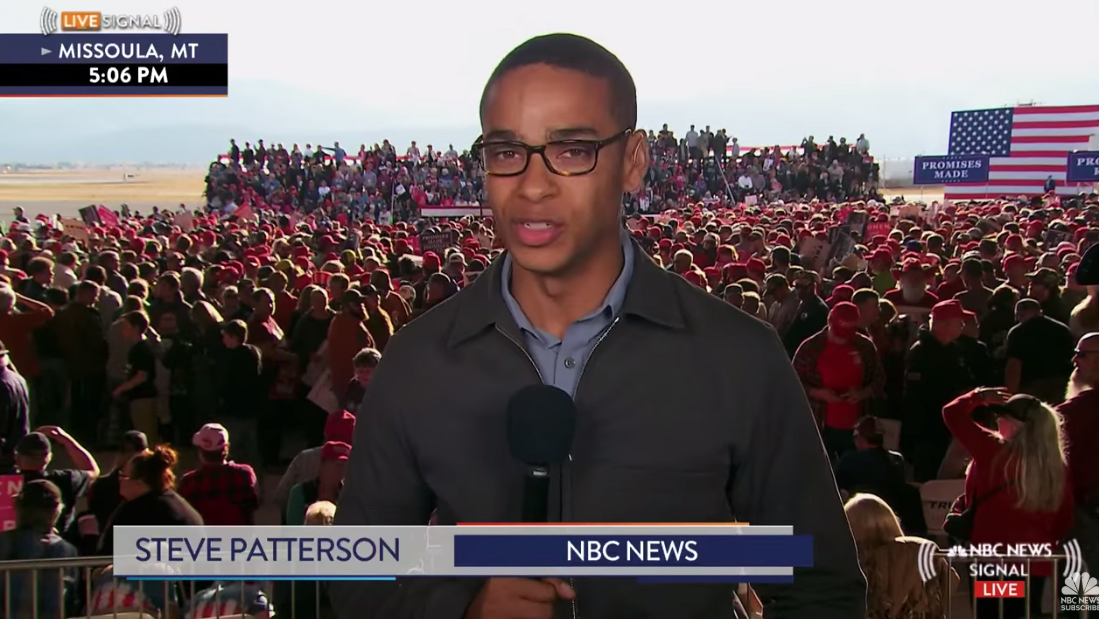 The lower third ‘tiers’ are actually combined into one line — with the second ‘tier’ placed to the right of the main one in a deep blue-violet box. A similar look is used for a locator line in the upper left. 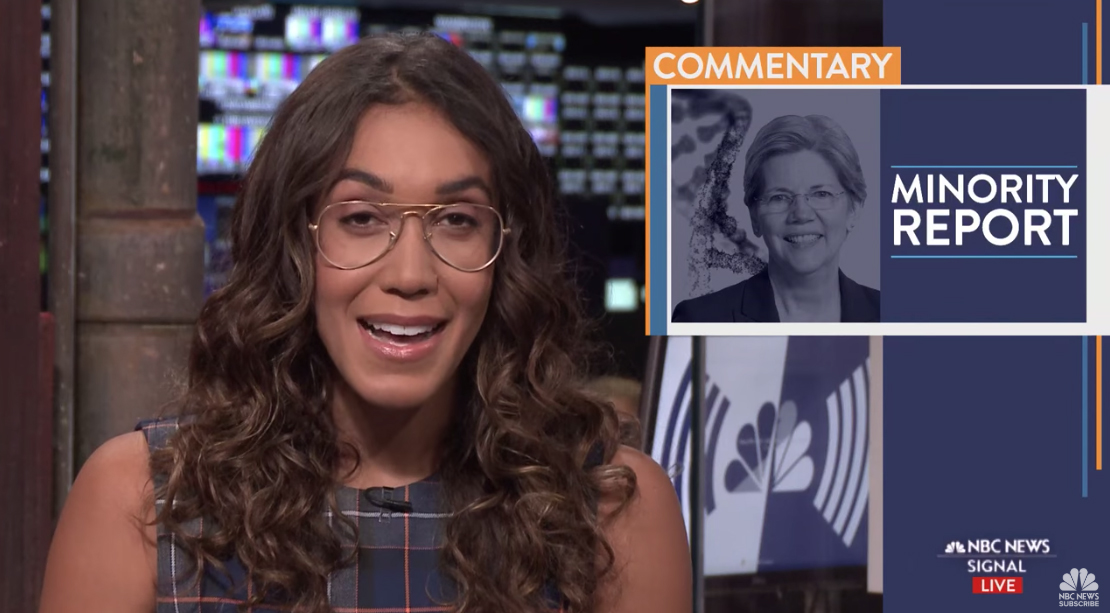 The broadcast also includes more traditional OTS-style graphics that use the blue-violet color as a base with blue, orange, light blue and light gray accents. The show also uses an animated bug that rotates between the full ‘Signal’ logo and just the NBC peacock with the signal icons on either side. 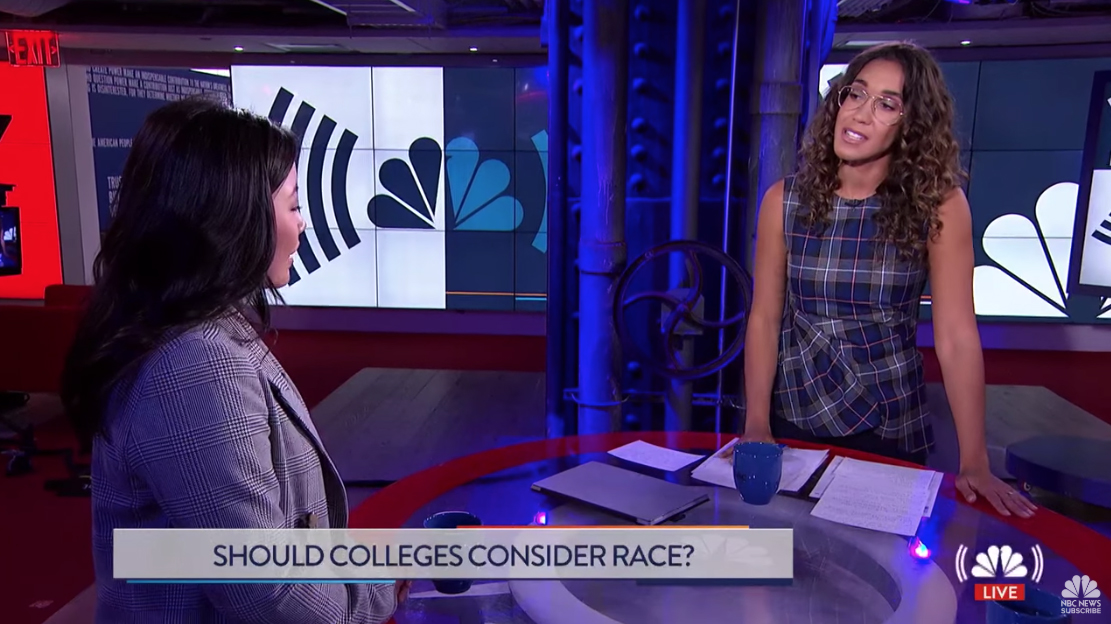 For in-studio interviews and debriefs, the host and guest stand around a round table off to one side with one of the space’s industrial-style columns illuminated with bright blue light. The video wall behind this, which sometimes shows up behind anchors in the glass box part of Studio 4E, appears prominently as a background here, with a ‘Signal’ branded background.

While “Signal” (the newscast, not the network) has an established look, an NBC News source tells NewscastStudio the look for the show and streaming network will continue to evolve in the coming weeks and after the launch of the service.