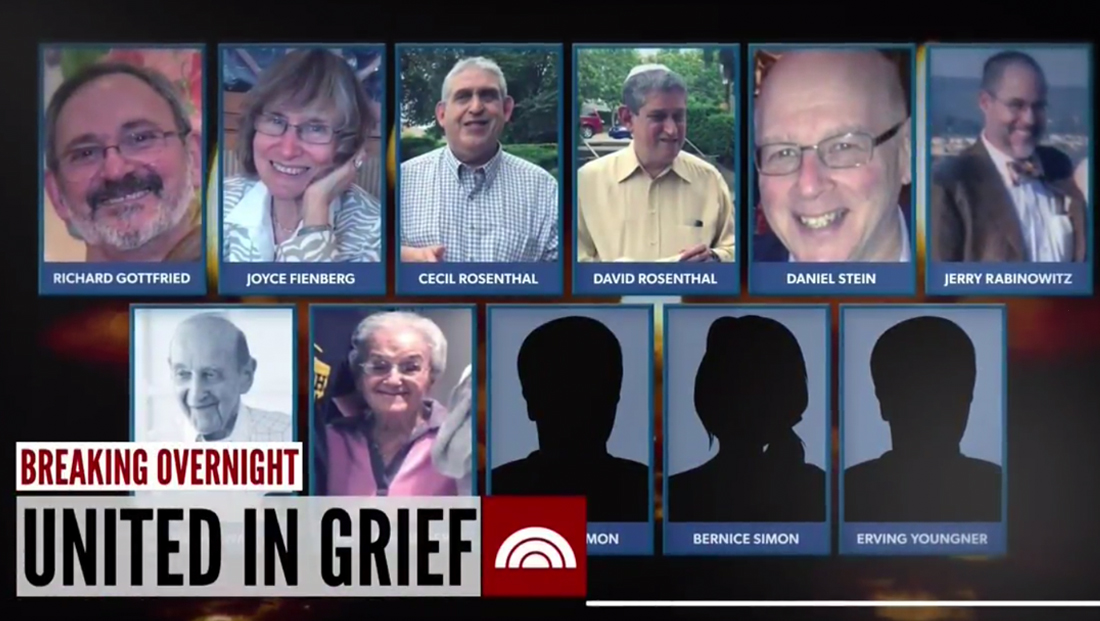 With two big stories Monday morning, the network morning newscasts had to juggle the latest developments in the synagogue shooting and Lion Air crash.

“Today,” which was split anchoring the show had Savannah Guthrie in Pittsburgh and Hoda Kotb in New York, opened the broadcast in a double box — where the pair briefly discussed the shooting and showcased a tribute to the victims on its 40-foot video wall before Guthrie tossed it back to Kotb for “breaking news” coverage of the Lion Air plane crash.

The video graphic used the look that is becoming NBC’s standard design for shooting coverage — a deep red, blue and violet with L-shaped accents.

Coverage would eventually come back to the synagogue story and “Today” served up in-depth coverage of this.

'A new chapter' for the third hour of 'Today'… standard 'This is 'Today'' open has no host names pic.twitter.com/PRLhQ2XPgB

“Today” did lead its new 9 a.m. hour, which replaces the canceled “Megyn Kelly Today” with the synagogue story.