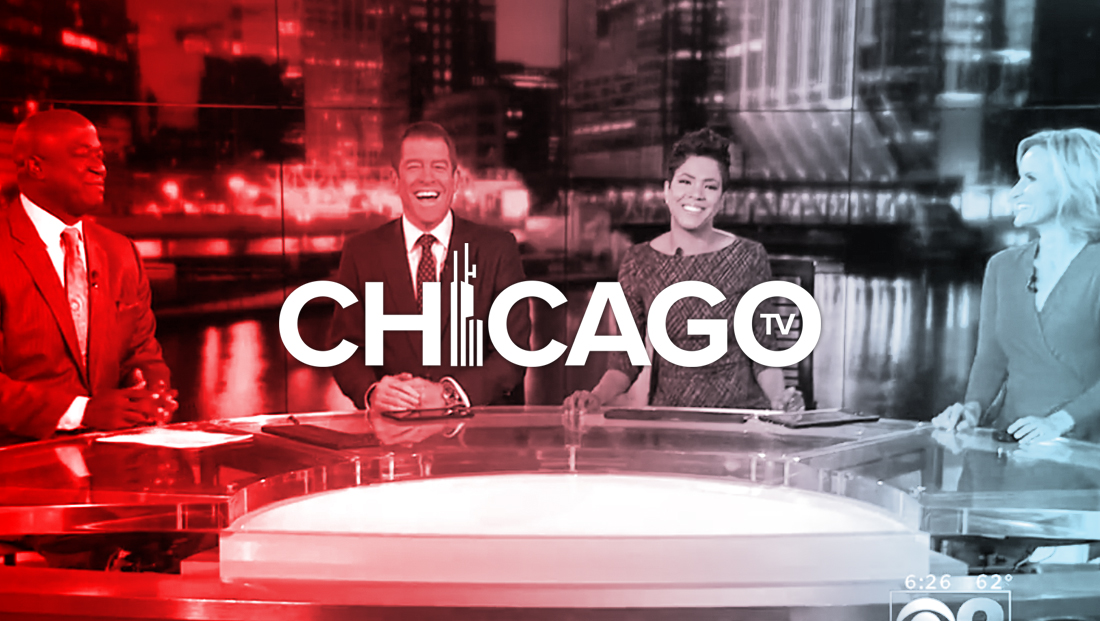 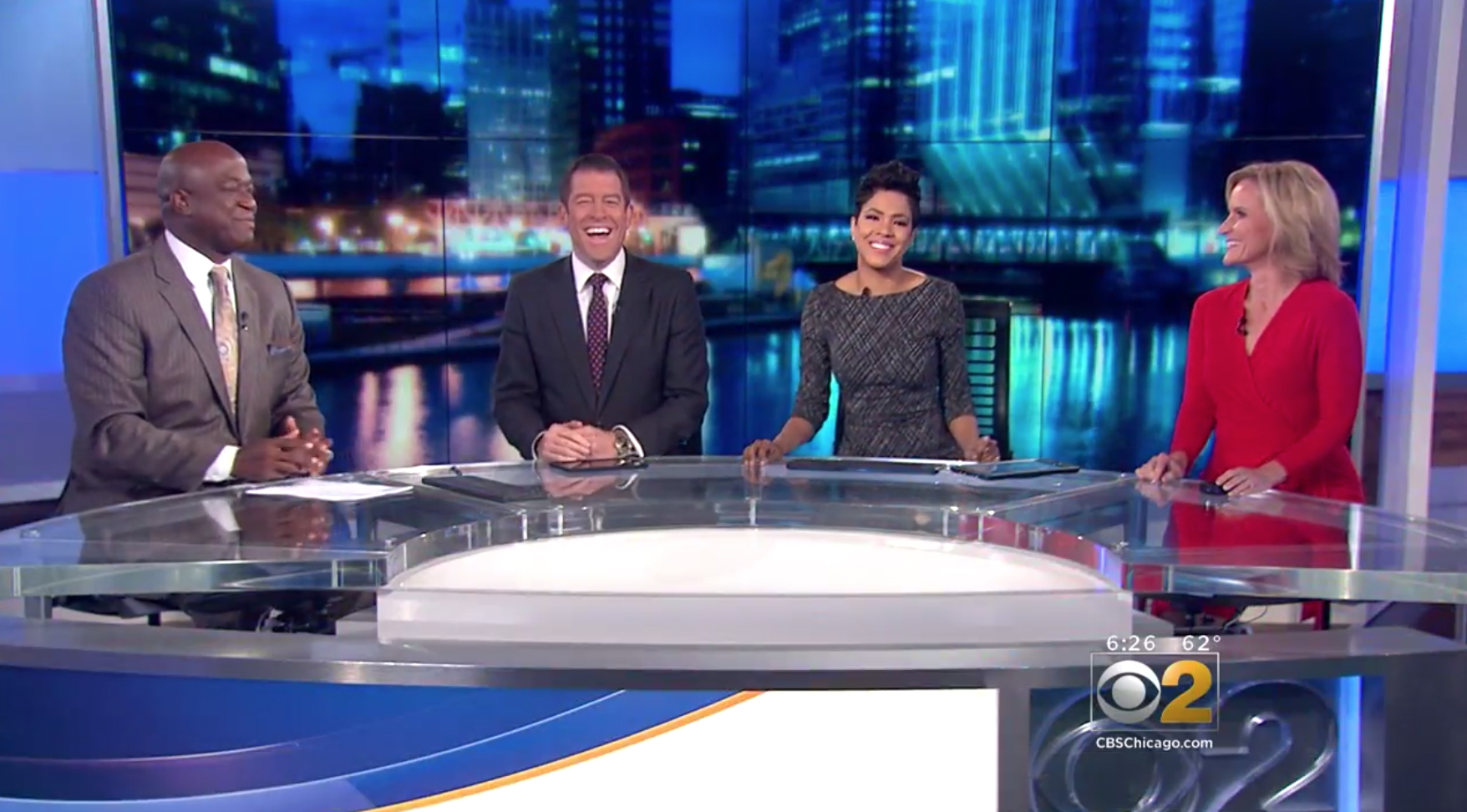 The station’s early morning news and evening newscasts have switched to using a dark, highly stylized still image of the city — a view that showcases the relatively new 150 North Riverside building as well as the Lake Street bridge and other building around the bend in the Chicago river. The image has been skewed to be more blue and also slightly blurred — with the light parts of image boosted.

The station also frequently forgoes the cityscape entirely — with topical, breaking news and “2 Investigators” branded imagery fed behind the anchors as appropriate.

It is worth noting that the new cityscape backdrops have, as of now, forgone the overlay of the text banner and current weather conditions along the top.

Previously, CBS 2 Chicago often fed live or taped video loops from around the city to the video walls behind anchors. 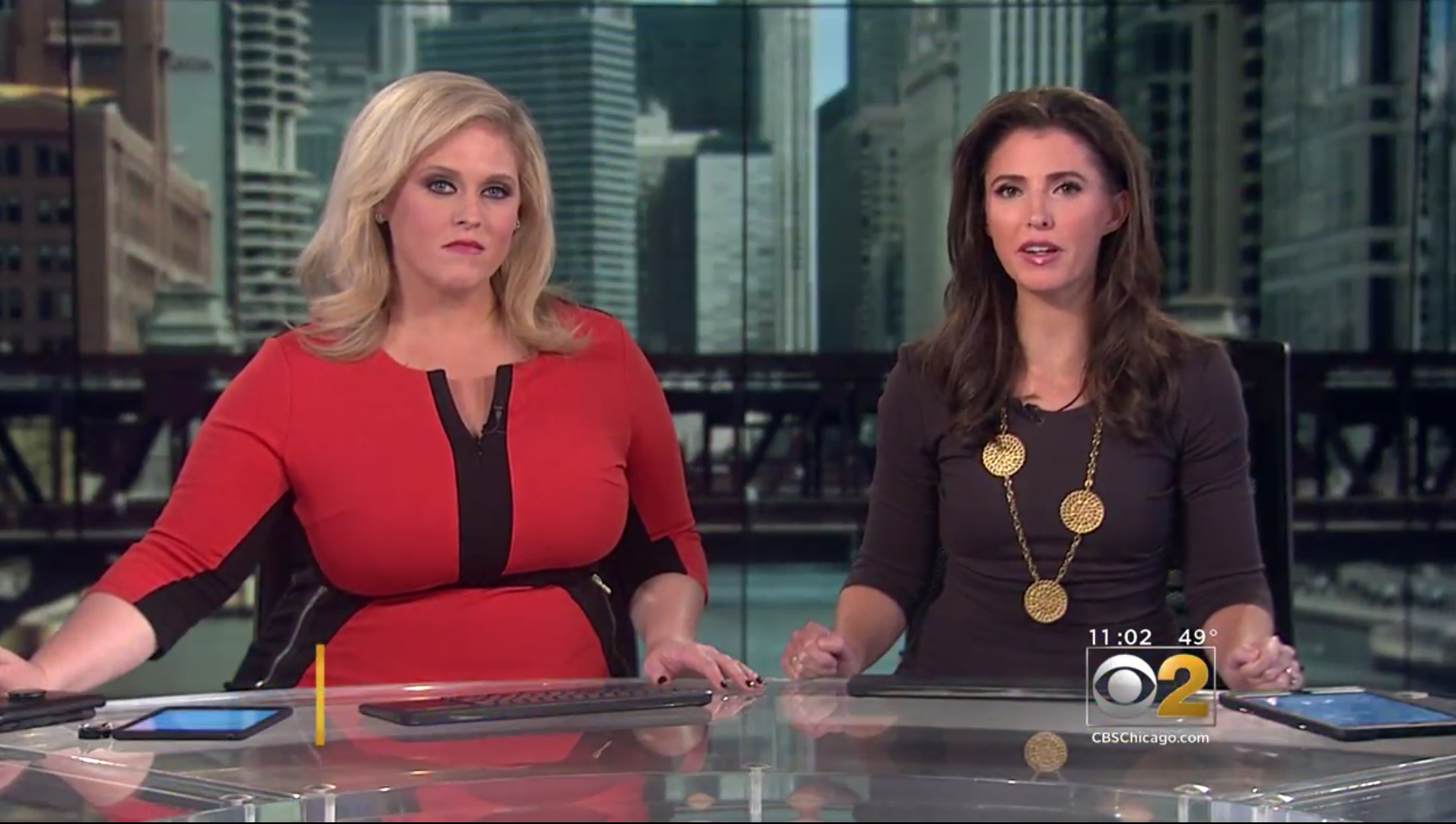 For its midday newscast at 11 a.m. local time, a video of the Wells Street Bridge looking the opposite way down the river without any styling is shown.

At this time of the year, the sky is essentially dark during most of the morning and evening newscasts, meaning it the “darker” version of the cityscape is appropriate for the morning, early evening and late dayparts. Full daylight is really only visible during midday newscast such as the station’s 11 a.m.

The vantage points CBS Chicago selected are somewhat unique to the market — though views of both do appear on other station’s air from time to time, either during bump shots or backgrounds.