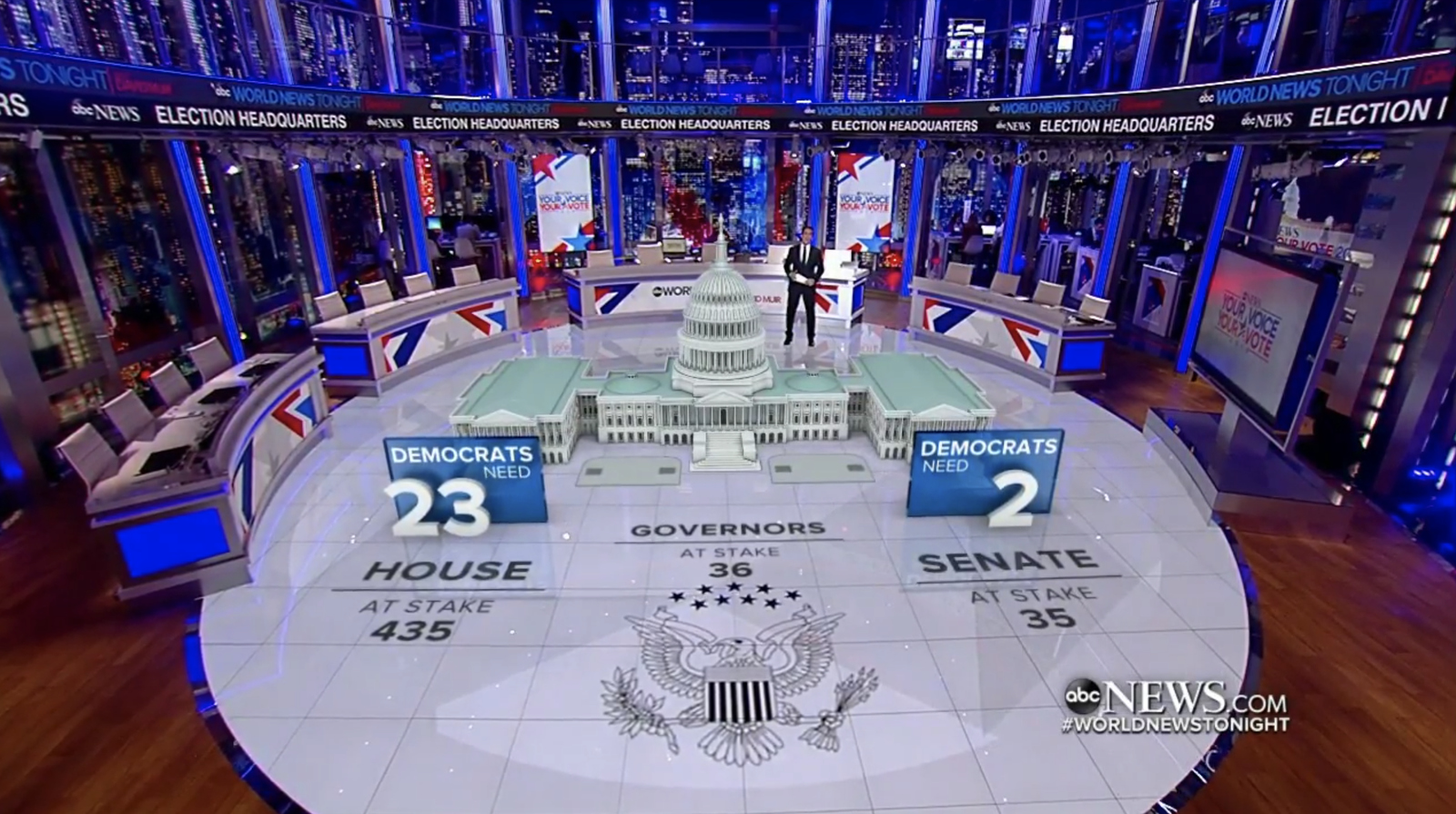 Telling the story with AR

In addition to the numerous LED walls on set, the space also includes a portal for augmented reality graphics through the set’s central floor LED.

“We really wanted to have the additional storytelling tool of the augmented reality and we needed a canvas that would allow us to really show it off with meaningful information so it’s less of a gimmick and more of a tool,” notes Easter.

Combining both video and AR in the studio, the broadcast is able to layer elements for a more convincing appearance on-air.

Working with Astucemedia and using graphics solutions from Vizrt, ABC’s augmented reality implementation focuses on breaking down data for viewers, such as the balance of power, individual House and Senate results, polling data and trends in the election.

Mo-Sys Engineering provided AR tracking for two cameras, including a jib and Steadicam, with a total of 15 cameras in the studio for election night.

ABC News will also use Times Square for part of its presentation with a jib to capture bump shots on the various billboards and video screens.