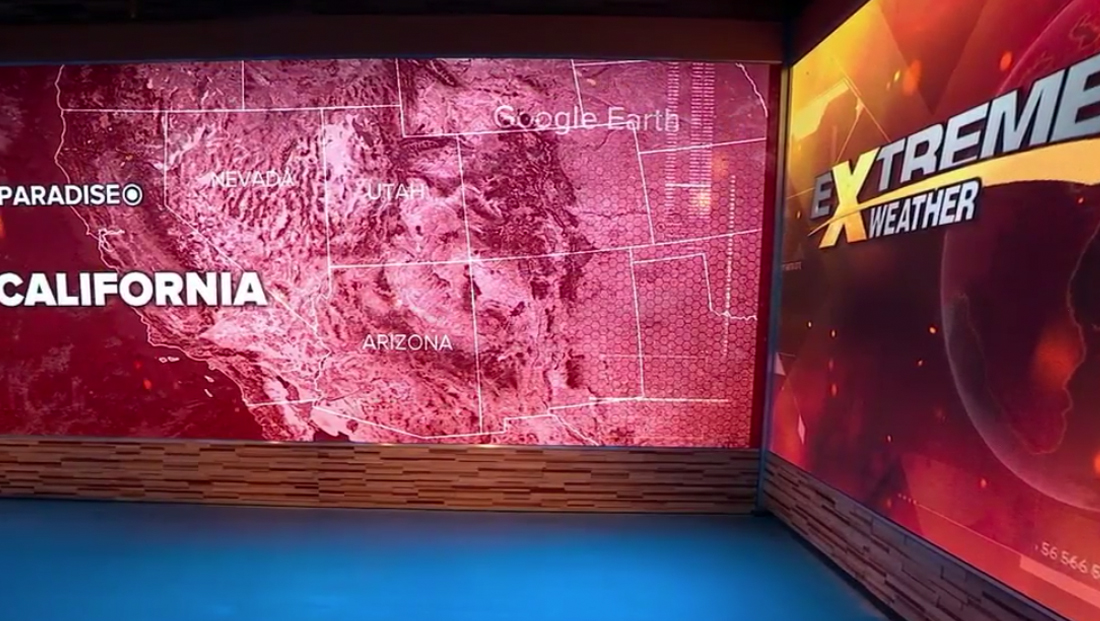 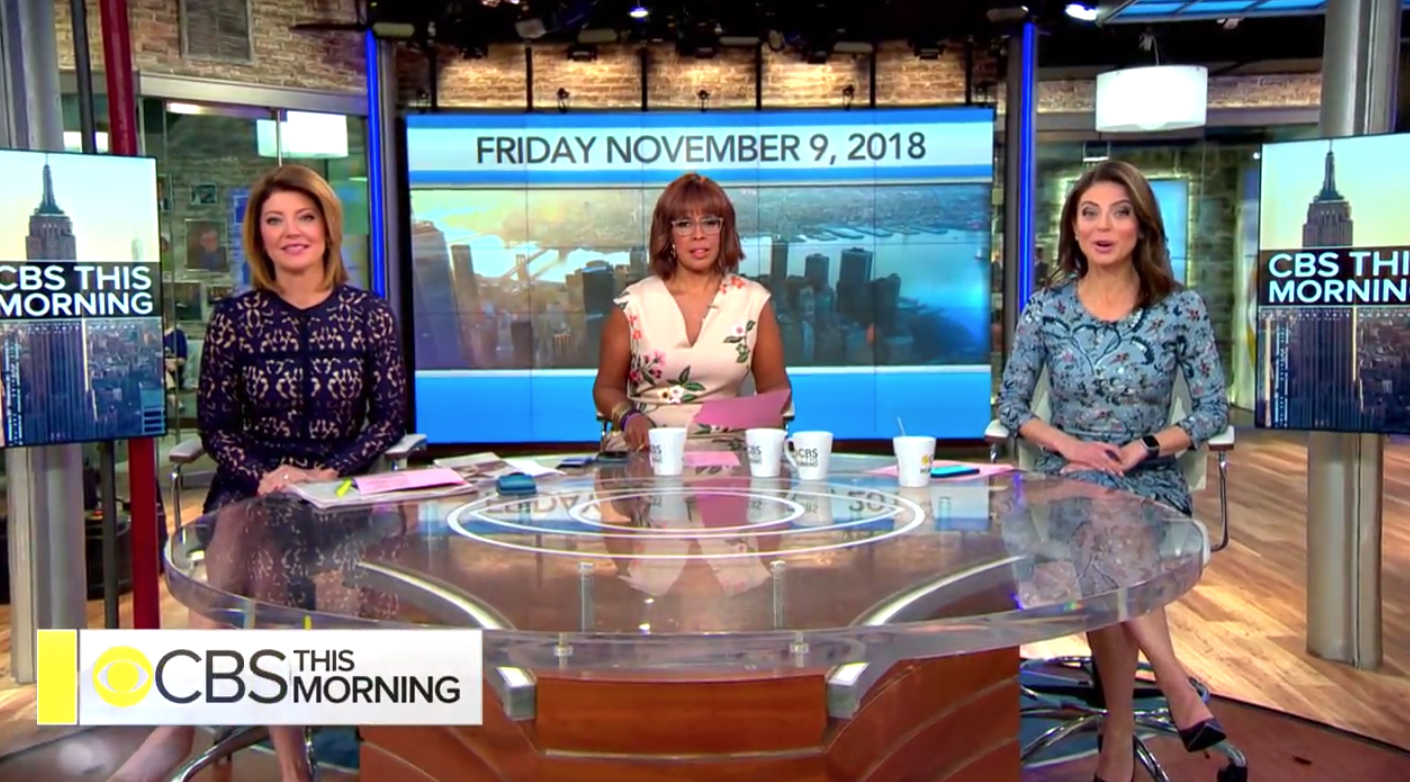 ‘CBS This Morning,’ like the other two networks, originated from New York, with Norah O’Donnell, Gayle King and Bianna Golodryga behind the still ‘wingless’ anchor desk. Co-anchor John Dickerson was ‘on assignment’ — though not on either the wildfire or shooting story. After covering the fires, the broadcast switched to shooting coverage, with both stories featured prominently in the ‘EyeOpener’ segment. 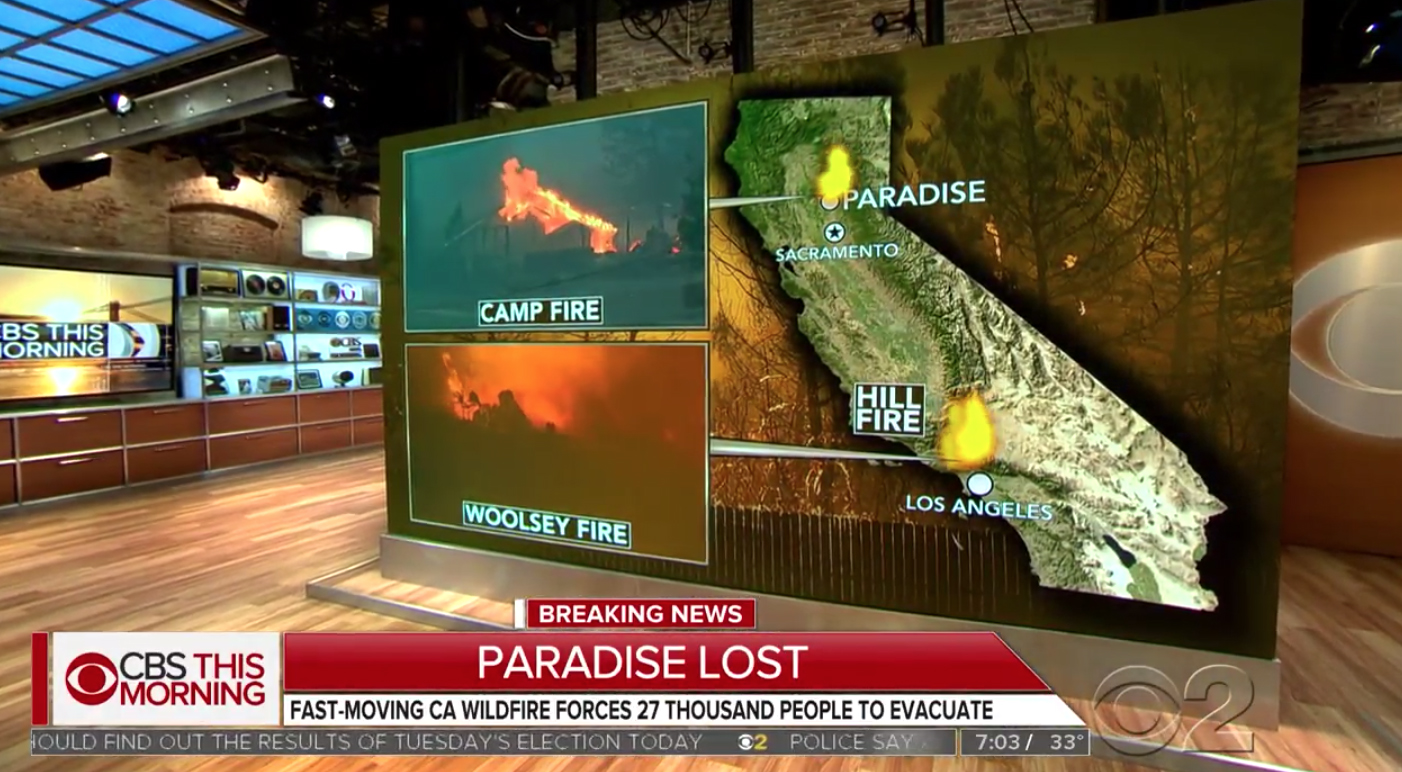 The broadcast also used its video wall to showcase the two major fires — which are in different parts of California. CBS also used the banner ‘Paradise lost’ for its coverage of the ‘camp fire’ because the fire in question destroyed the entire town of Paradise. 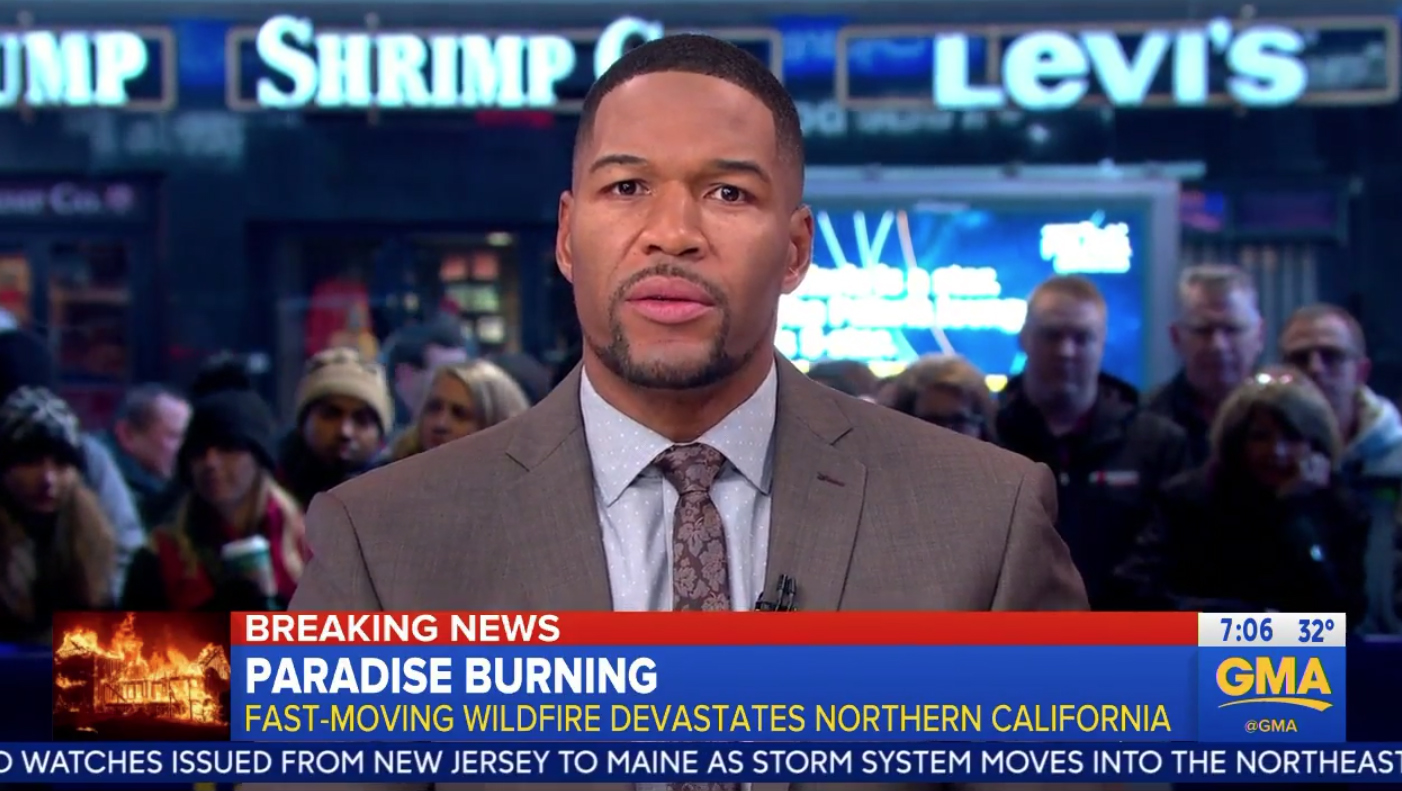 ABC’s ‘Good Morning America‘ used the line ‘Paradise burning.’ The network had reporters at both fires — and used its corner video wall to showcase its ‘Extreme Weather’ branding along with red-tinted maps used to toss to live shots. 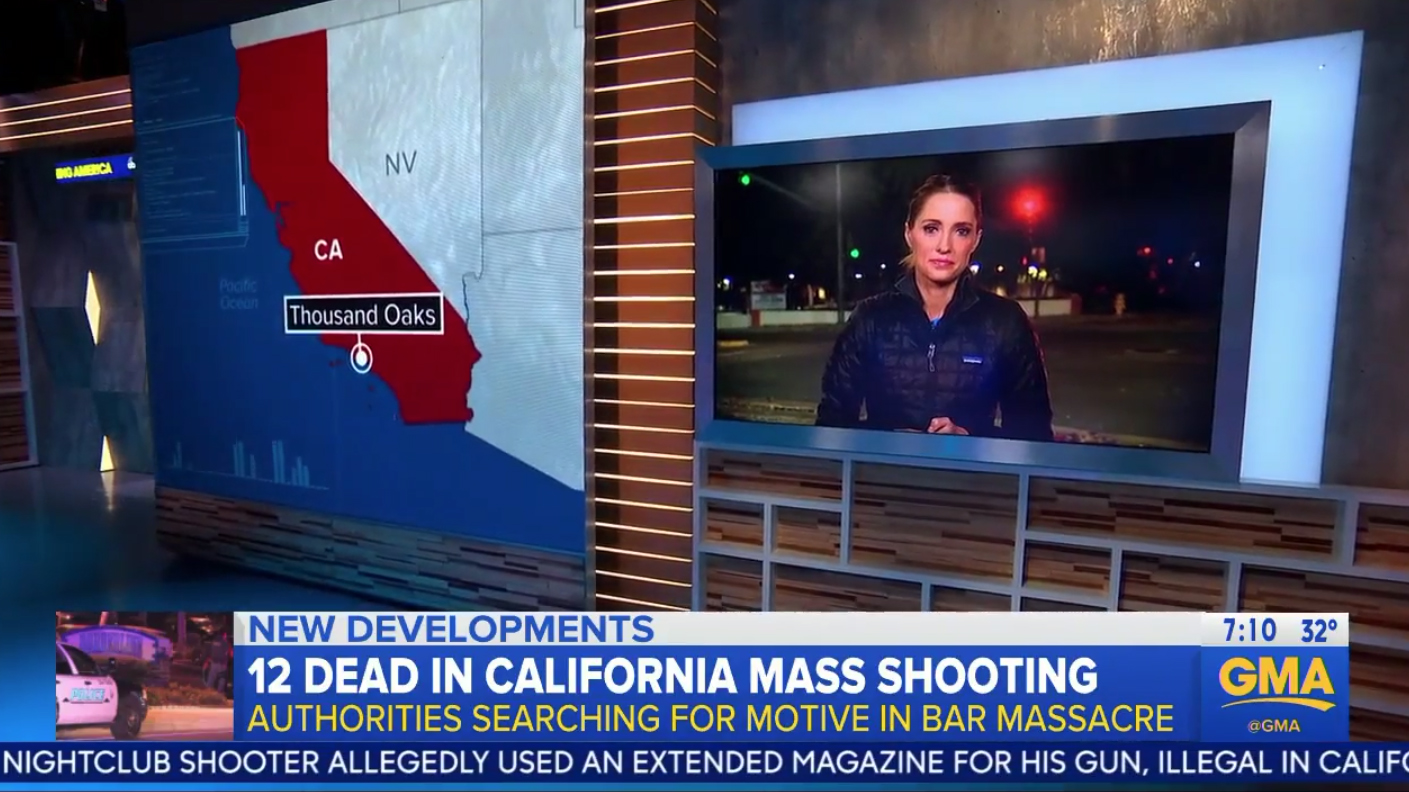 After extended coverage of the fires, ‘GMA‘ switched gears to new developments in the California bar shooting, using another video wall to display a locator map with a live shot on the smaller video panel to the right. 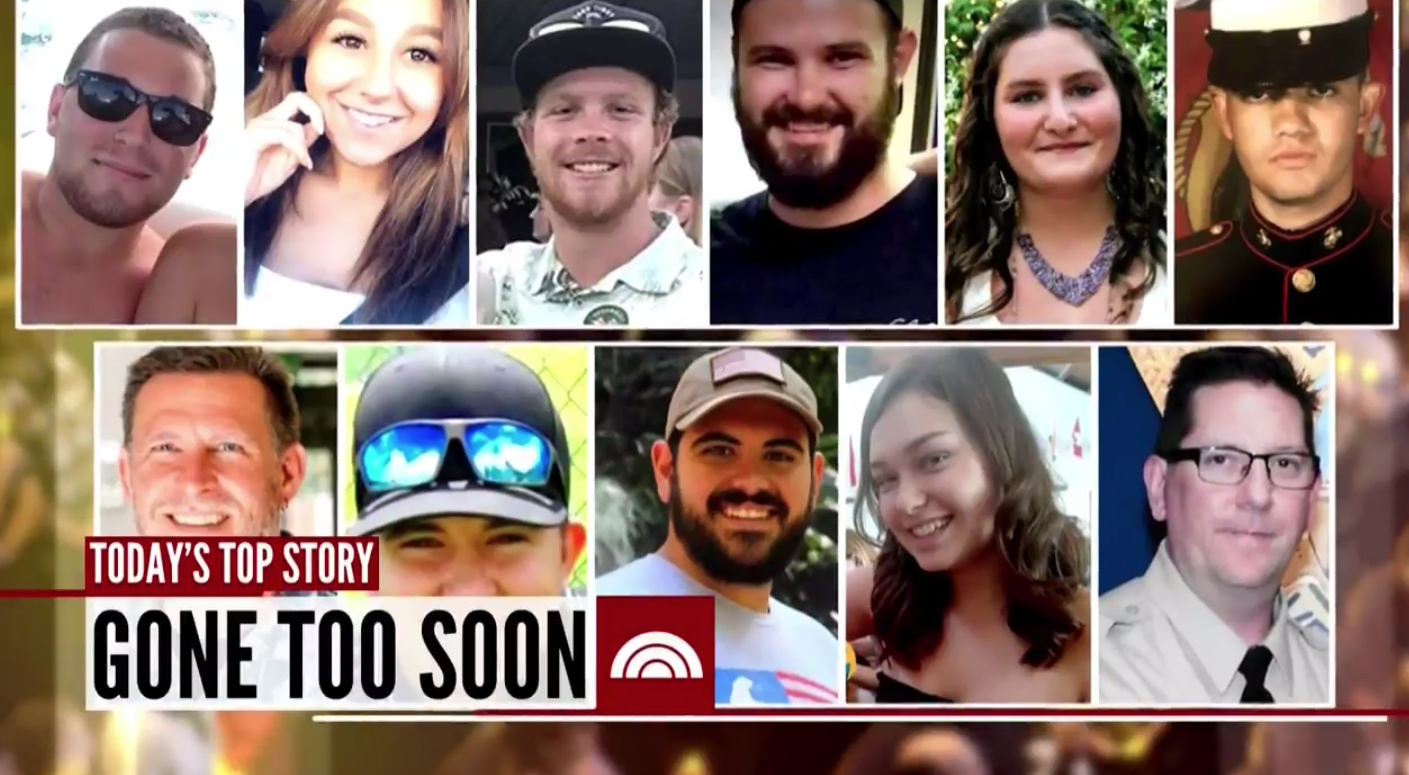 NBC News‘ ‘Today,’ however, opted to lead with bar shooting coverage, though its teases also covered the wildfires, among other stories. 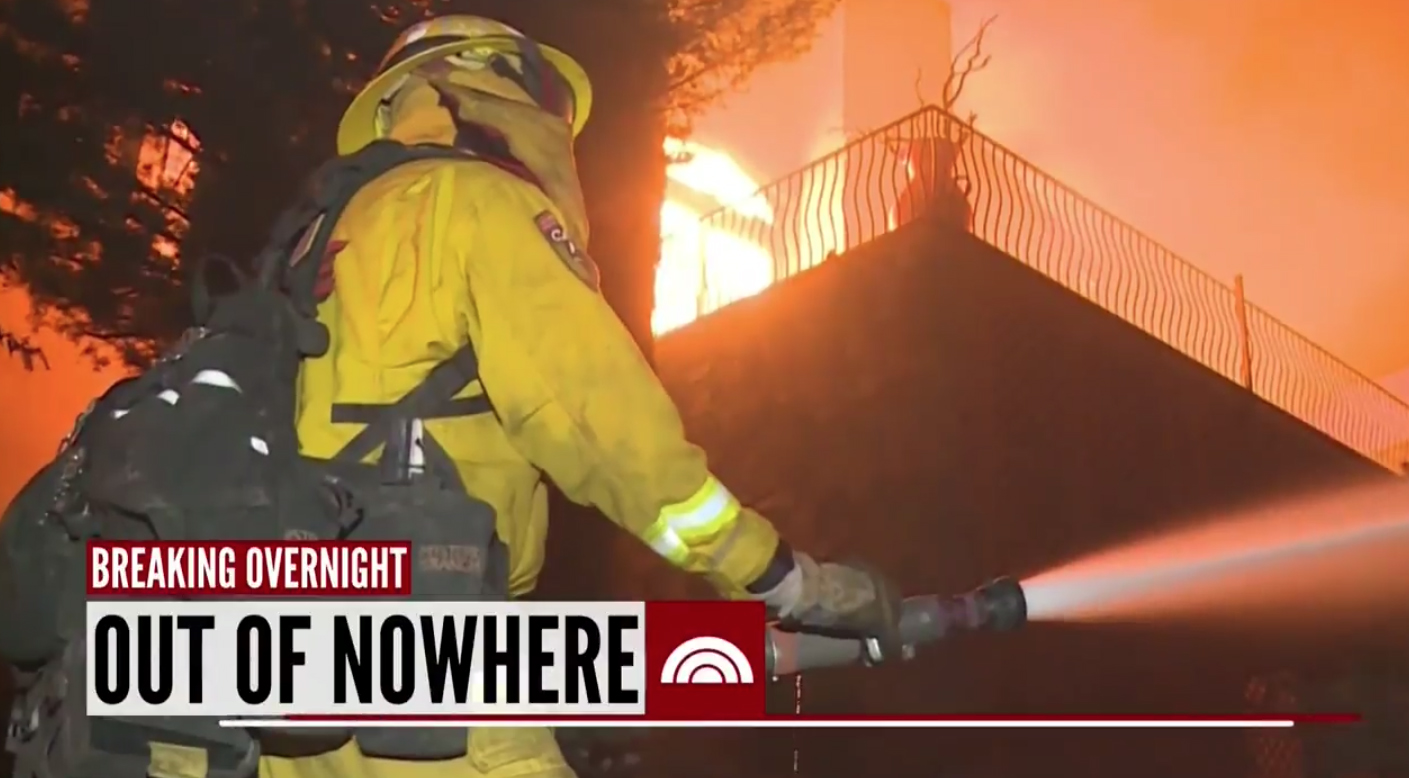 The network did, however, switch to wildfire coverage about nine minutes into the broadcast.