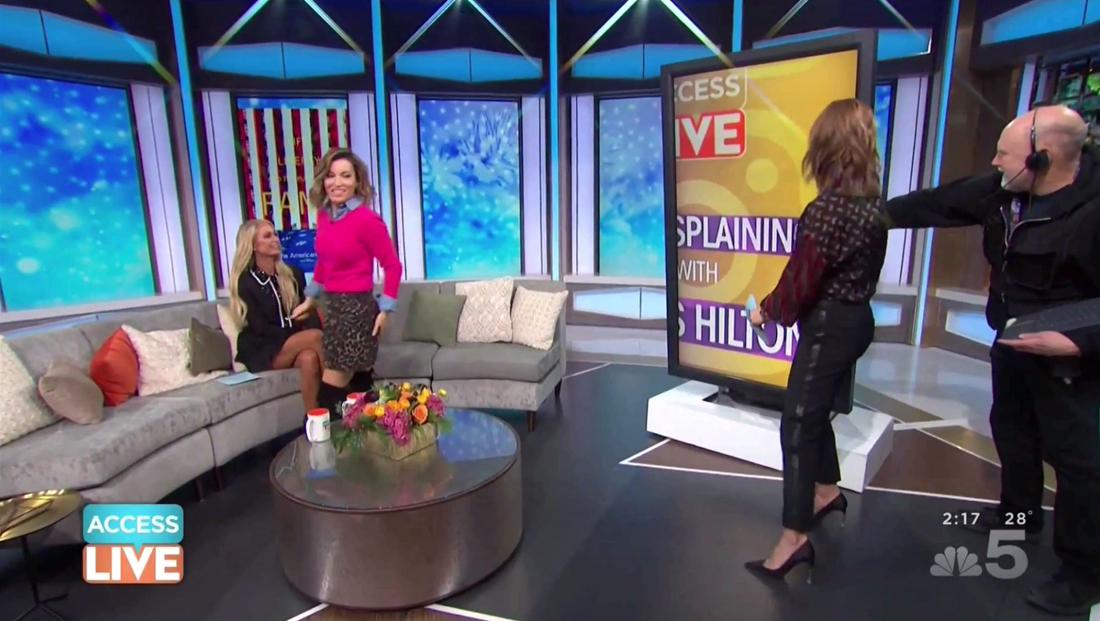 How many “Access Live” hosts and crew members does it take to operate a social media board? Three, apparently.

In the segment on Dec. 5’s edition, co-host Natalie Morales stood next to a large vertical panel designed to mimic a smartphone and tries in vain to “swipe” to the first image.

She tries various methods of swiping, but never manages to get it to work — at one point she appears to “pinch zoom” the graphic on the screen.

Morales took the mishap with a laugh — even as co-host Kit Hoover jumped up and tried to help, but to no avail.

Finally, a crew member with a headset enters the frame and shows her how it’s done.

However, the board continued to give Morales trouble later in the segment, though she seemed to get catch on eventually.