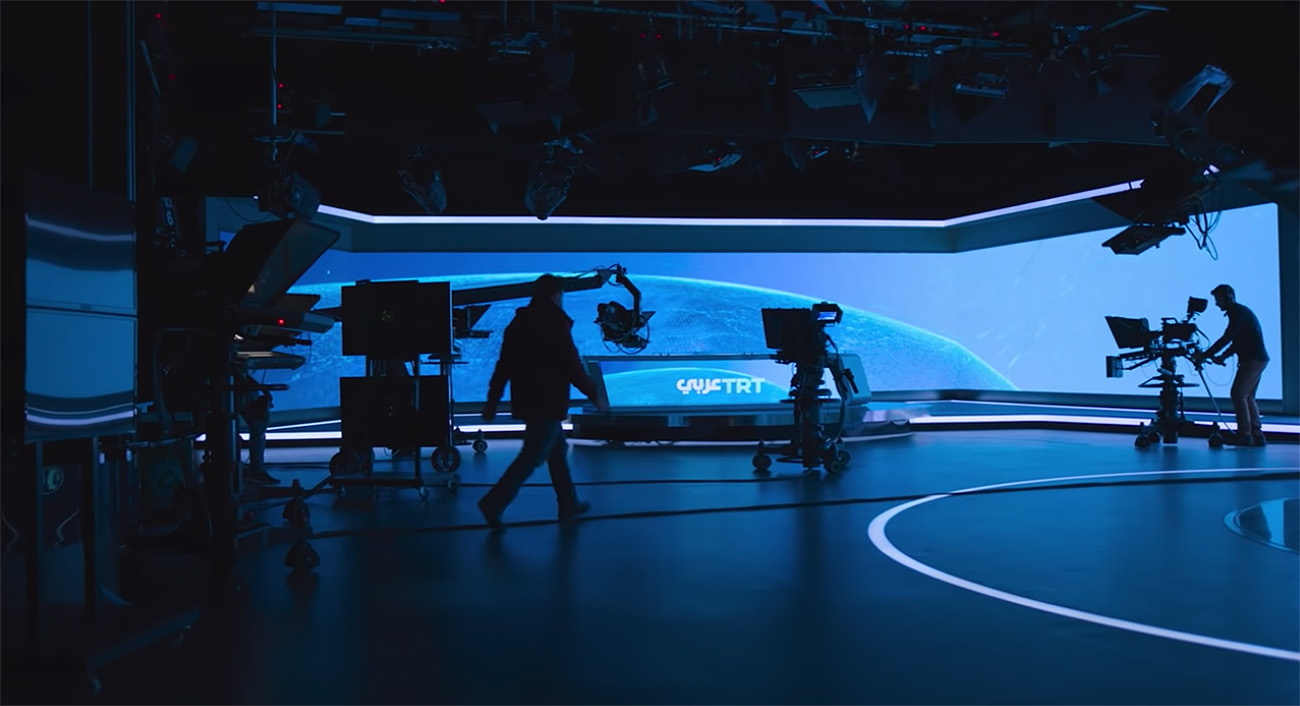 The Turkish Radio and Television Corporation (TRT), the public broadcaster of Turkey, relaunched its Arabic language channel on Monday, January 7, 2019.

Known as TRT Arabi (عربي TRT) and on-air since 2010, the channel aims to combine modern technology with an integrated approach to digital journalism in the refresh, while also upgrade infrastructure to support HD production.

TRT Arabi’s news programs and documentaries will focus on the Middle East and Arab geographic while promoting Turkey’s viewpoint.

In the first promo for the new network, TRT has mixed glossy shots of the new broadcast studio with footage of protests and political action. Various shots stop mid-scene with the actors looking directly into the camera.

The promo notes that “when the world ignores the details, we illuminate all angles” and that “we reveal the truth to see the clearest.”