‘Nightly’ goes to D.C. to ‘frame’ its ‘crisis of disfunction’ 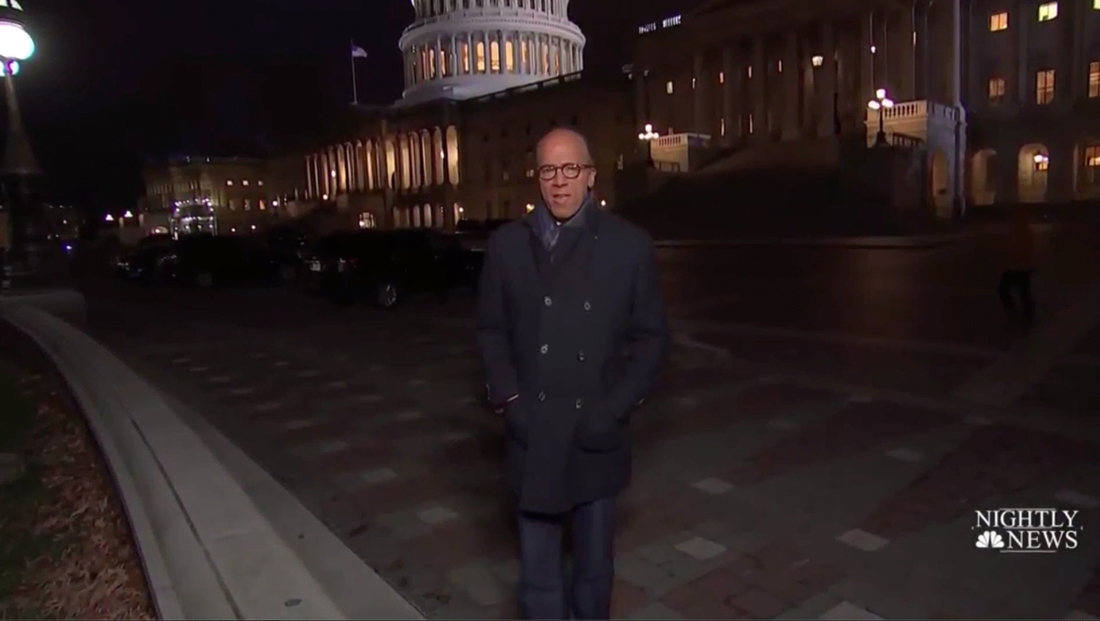 “NBC Nightly News” was the only major network to anchor its entire Wednesday, Jan. 9, 2019, broadcast from Washington, D.C., and opened the newscast with a pointed explanation as to why.

“Good evening. We have come here to frame the criss rocking America, not the one the president speaks of at the Southern border but the crisis of disfunction here in Washington that has ground so much of the government to a halt — and the crisis around kitchen tables where families try to figure out come Friday when a government paycheck doesn’t arrive,” said anchor Lester Holt at the top of the broadcast.

Some masterful editing by '#NBCNightlyNews' of the 'he said, she said' at the White House pic.twitter.com/xkJDZZt9IV

As he spoke, the broadcast showed a shot of the Capitol dome before cutting to a handheld camera following Holt, who was walking along the roadway in front of the Capitol.

After back-t0-back packages on the meeting between Donald Trump and congressional leaders and if Trump can declare a “national emergency” to resolve the issue, Holt returned on camera, still outside but now using a locked down camera. 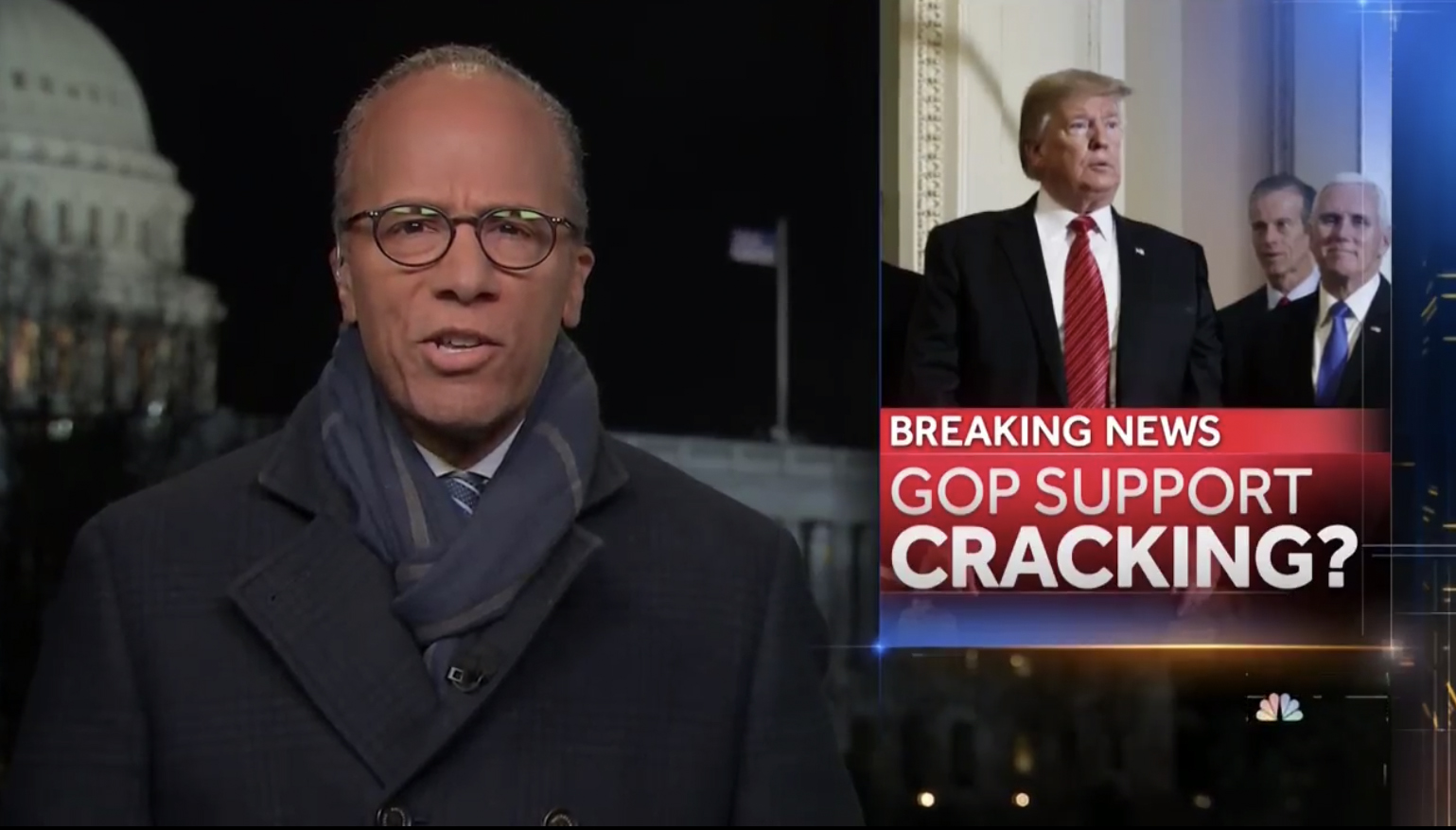 CBS and ABC did, of course, offer extended coverage of the same topics as NBC, but both broadcasts were anchored from New York, though both networks had heavy on-the-ground support from correspondents.