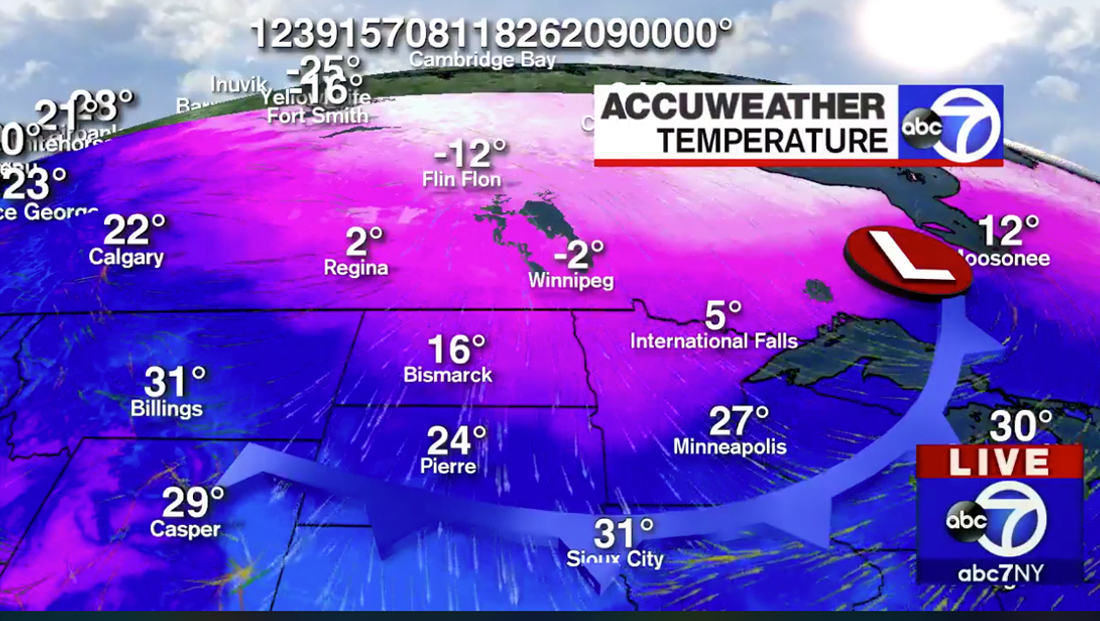 The error was tweeted by “AllanWeather.”

The number, which would actually be 123 quintillion degrees (not the “quadrillion” mentioned in the tweet), appears to be the result of a computer glitch. \

Not only is the number obviously an impossible measurement for earth, but the real weather is actually completely in the opposite direction.

A nearby city named Fort Smith is listed as having -16 degrees, while another locale, whose name is obscured by another number, is listed at -25 degrees.

I highly doubt it is 123 quadrillion degrees in Cambridge Bay, Canada. ?

You can watch the full update here: