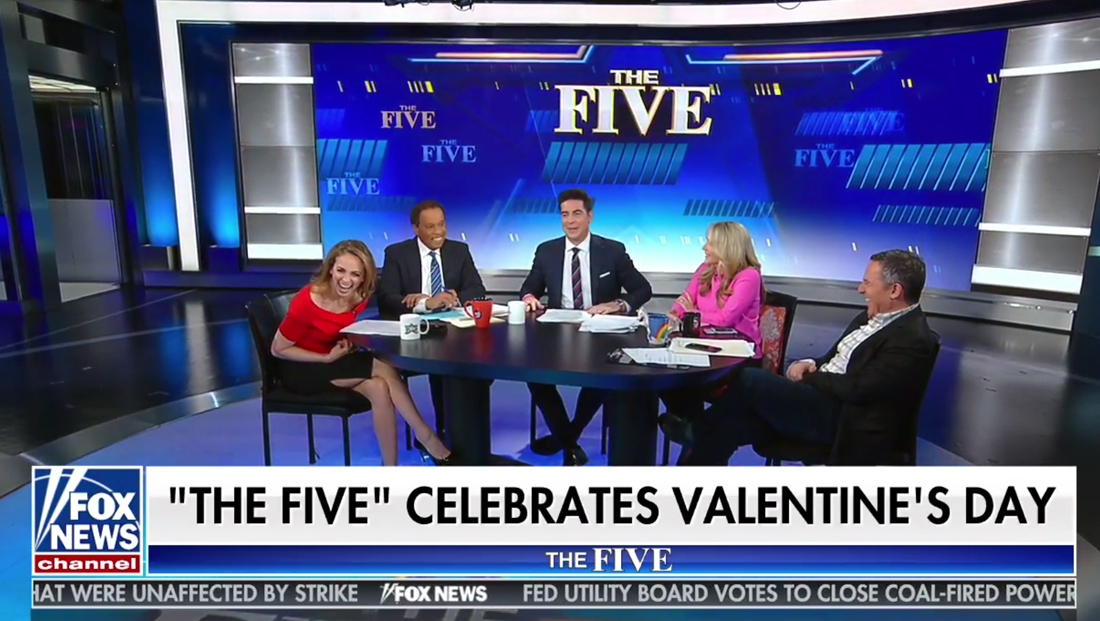 Why only get one or two valentines from your favorite TV hosts, when you can get five at once?

Fox’s cable channel that airs “The Five” wished its viewers a happy valentine’s day with a series of punny greetings used near the end of the show.

Each of the show’s panel members had his or her own fullscreen graphic, which boasted red and pink color schemes and heart motifs. 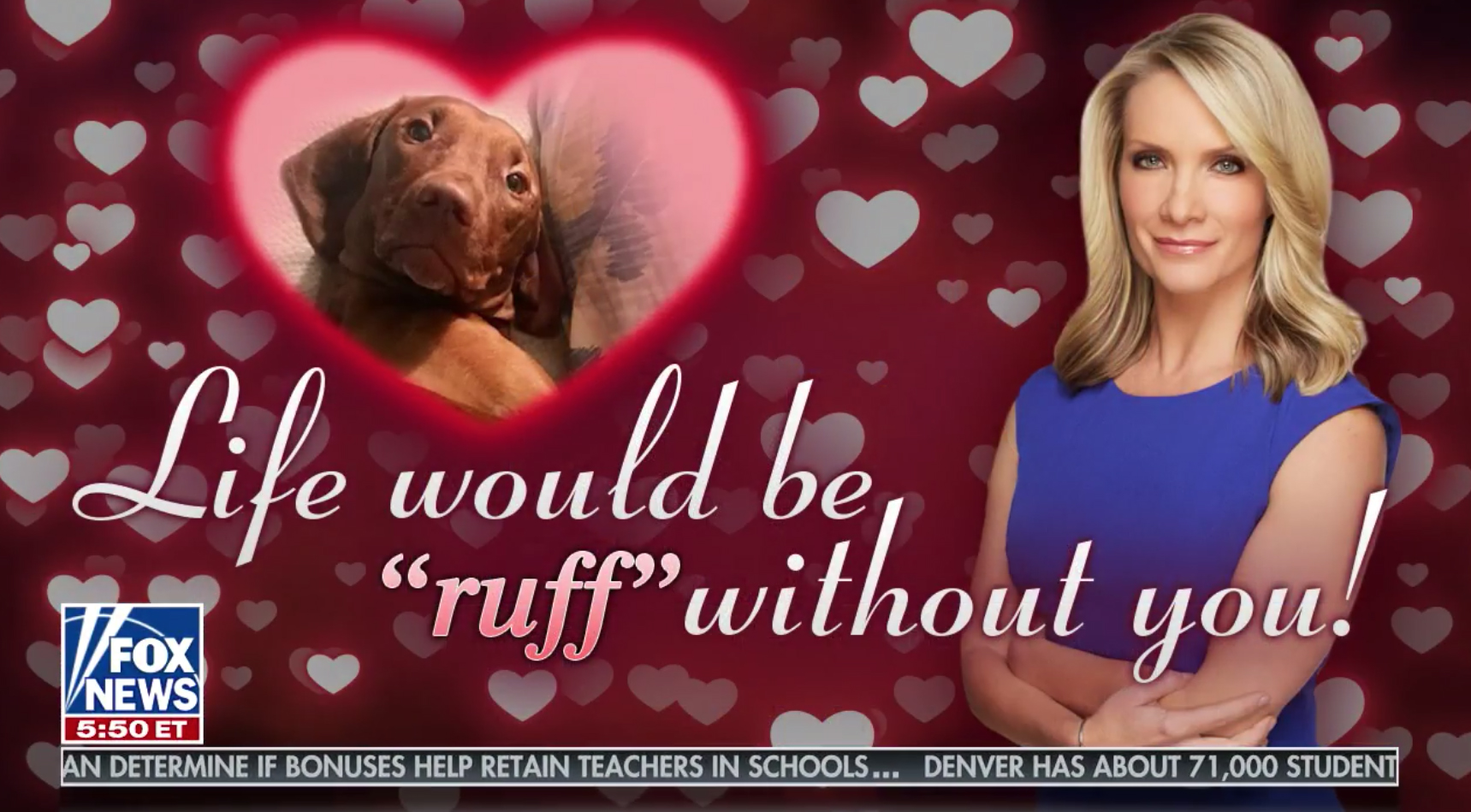 Dana Perino’s Valentine features the line ‘Life would be ‘ruff’ without you!’ and a photo of her dog, Jasper. 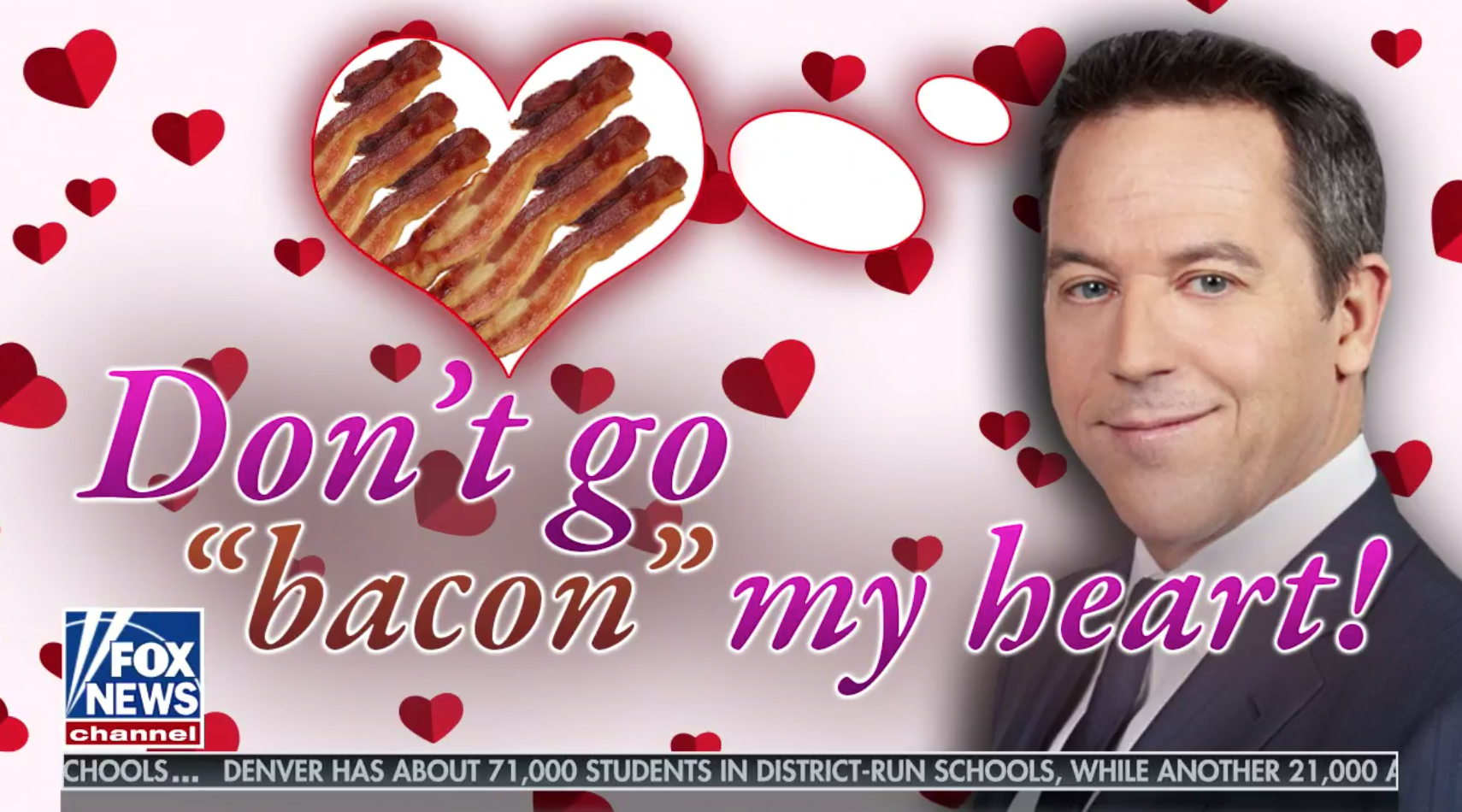 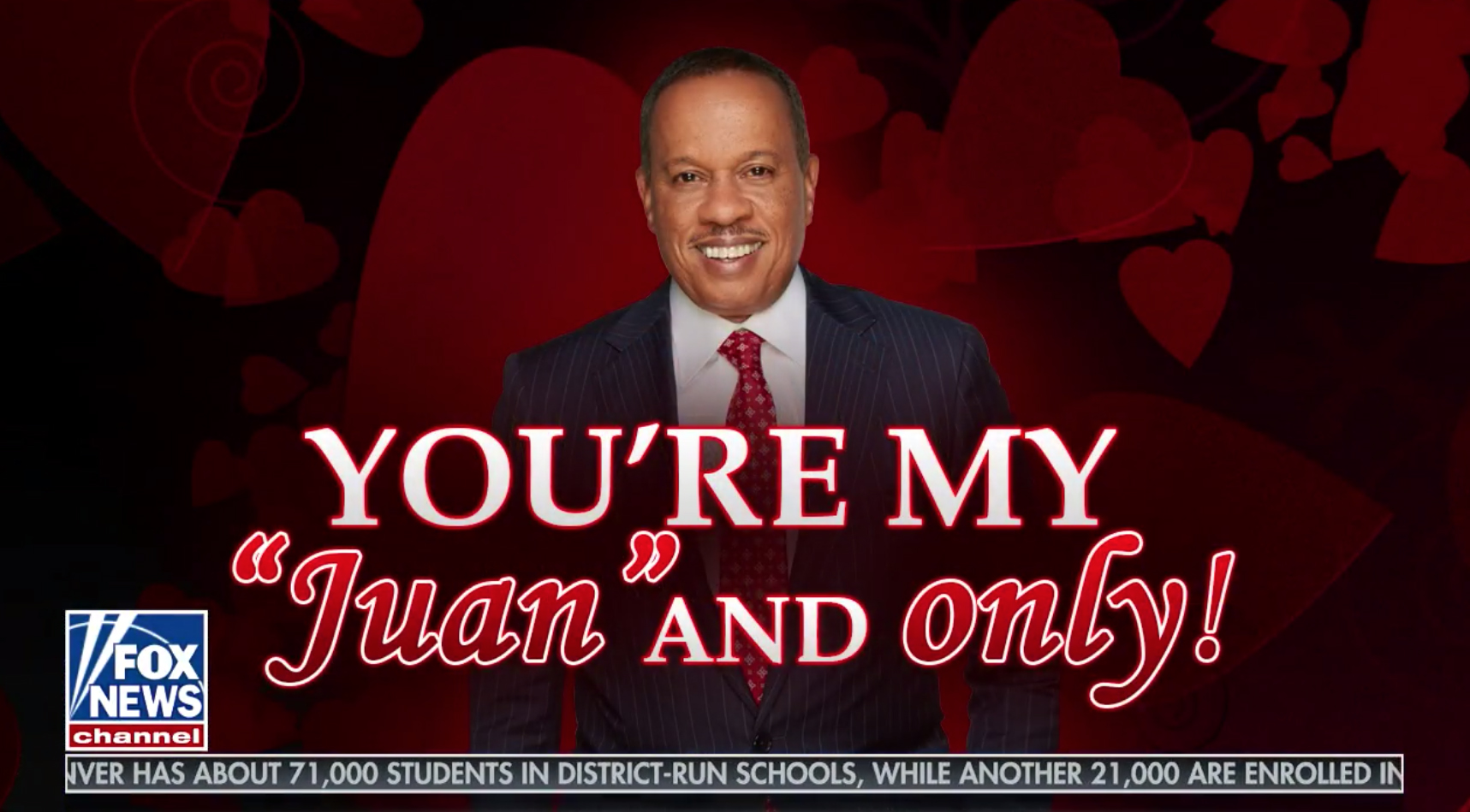 Juan Williams‘ used the line ‘You’re my ‘Juan’ and only!’ 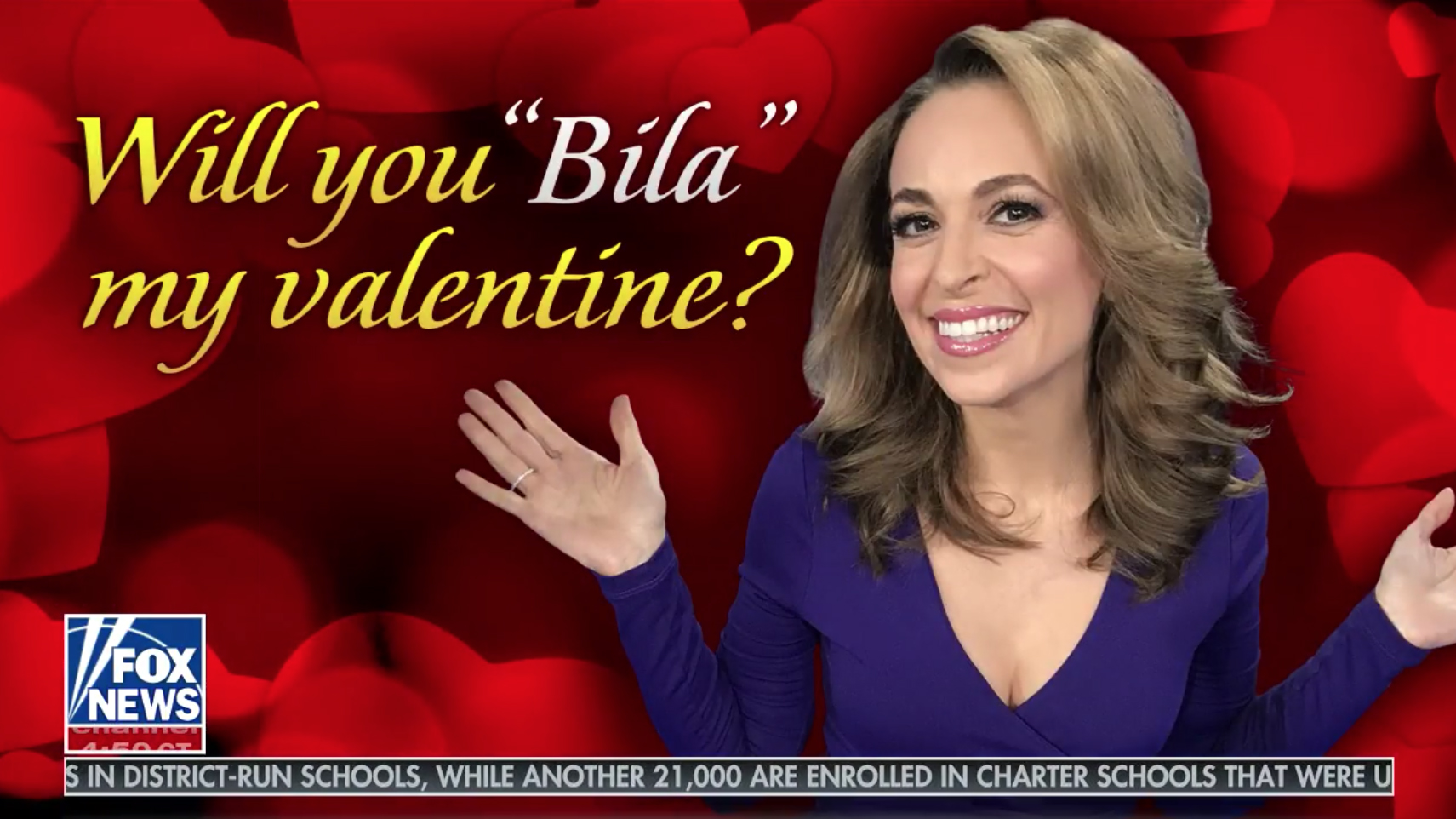 Jedediah Bila’s greeting used her last name to ask ‘Will you ‘Bila’ my valentine?’ 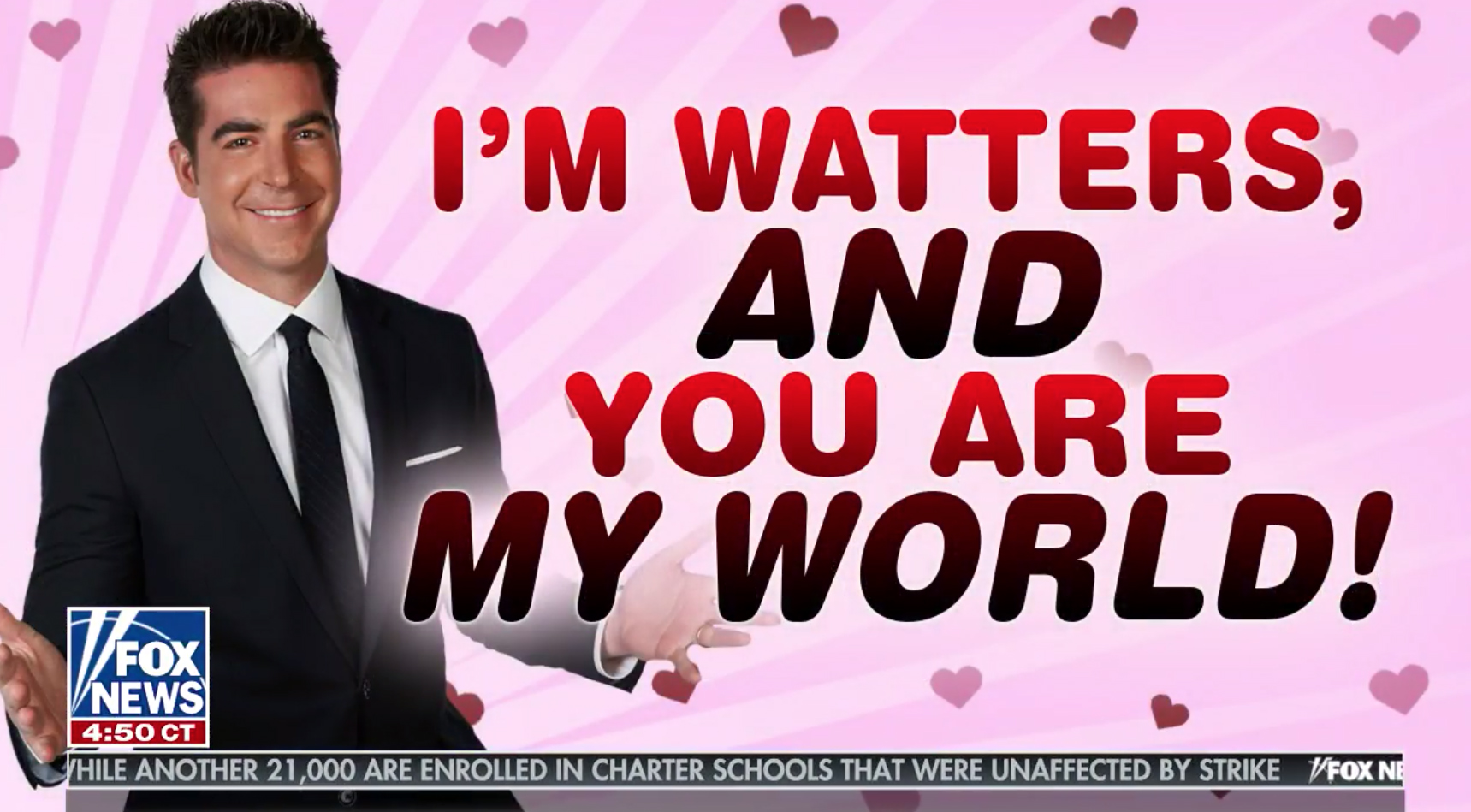 And last, but not least, Jesse Watters‘ greeting read ‘I’m Watters and you are my world,’ a reference to Watters’ weekend show ‘Watters’ World.’