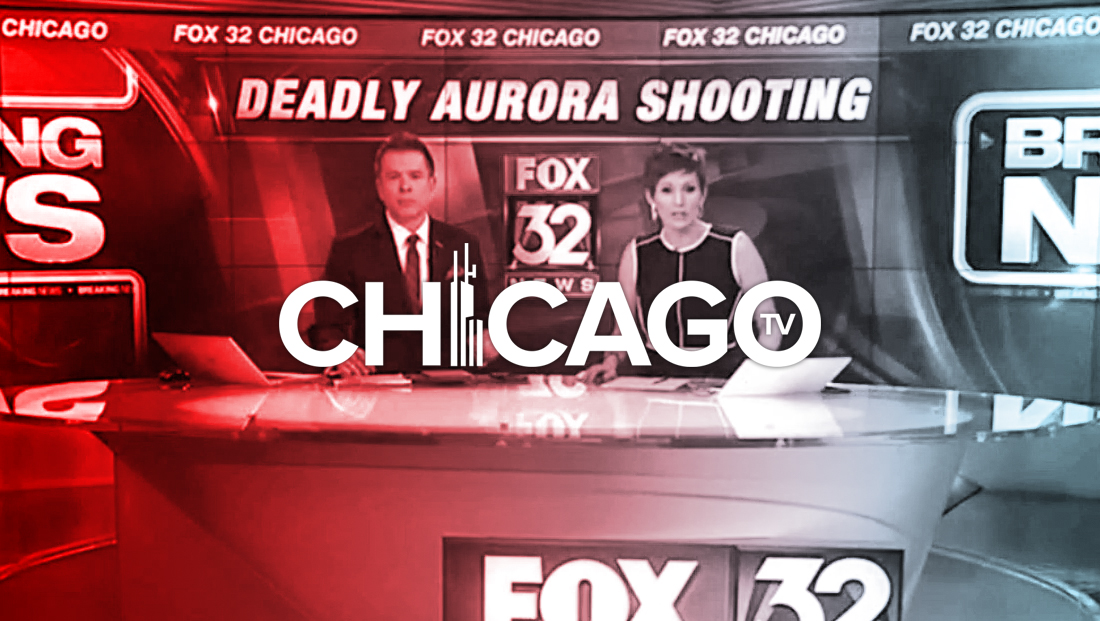 The shooting at a workplace outside of Chicago was the top story on both local newscasts and national ones — although the big three evening newscasts were all pre-empted locally for extended coverage of the investigate and aftermath.

WLS, the ABC O&O, lead with the story on all of its afternoon and evening newscasts, as well as cutting into programming when news of the shooting first came out.

By the late newscast at 10 p.m., the station had more time to compile details and presented team coverage under the banner “Breaking News: Deadly Workplace Shooting.”

Anchors Alan Krashesky and Judy Hsu, filling in for Cheryl Burton, started the newscast standing in front of the station’s main video wall with the camera framing them off-axis. The background behind them featured a rather blurry image of the scene of the incident along with generic emergency light effects. 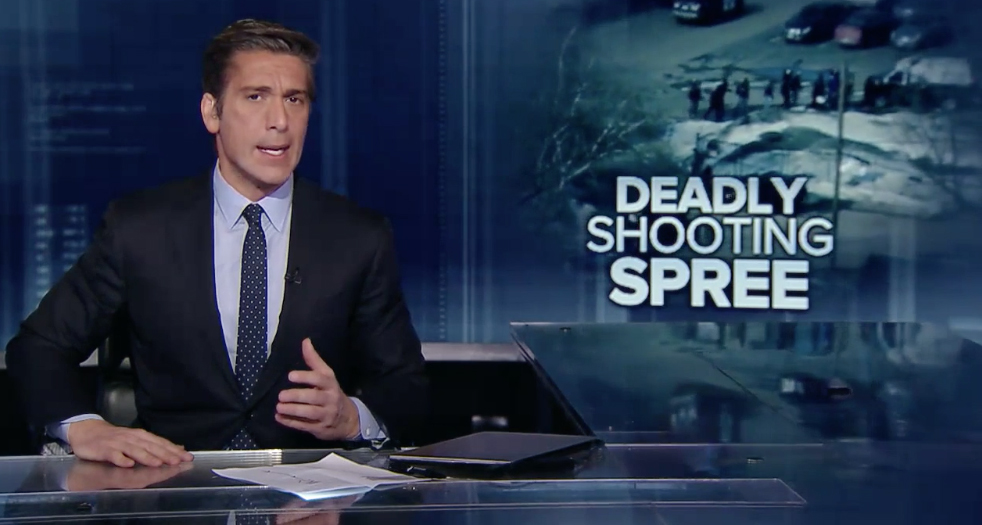 For the rest of the country, the story lead ‘ABC World News Tonight’ which, like ‘CBS Evening News’ and ‘NBC Nightly News’ was not shown in the Chicago market due to extended local news coverage.