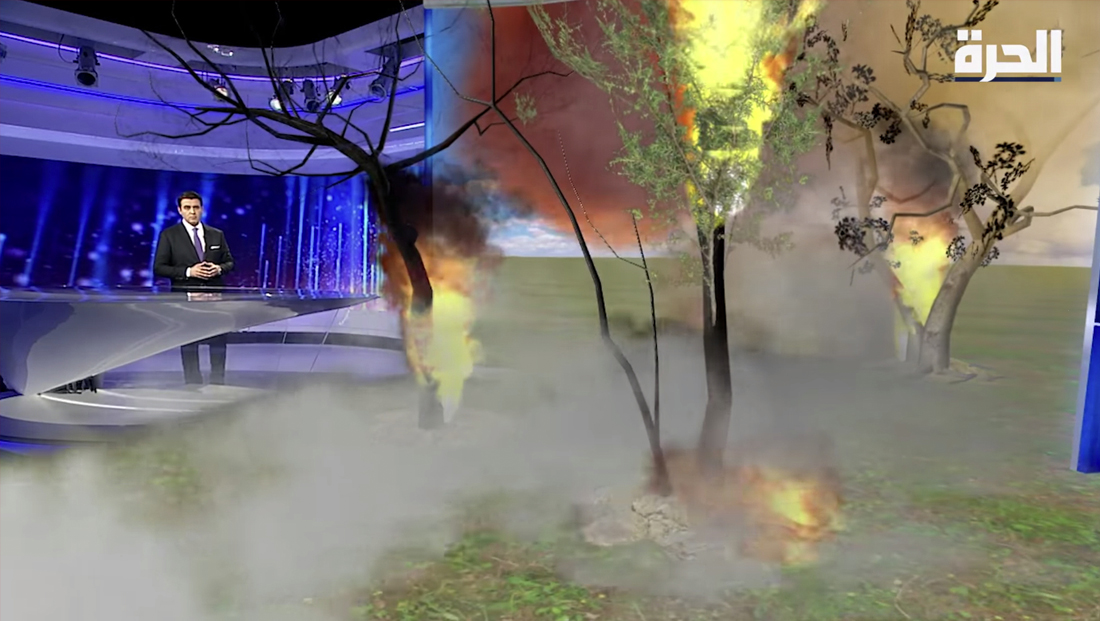 The segment, which began from the network’s already impressive set in Virginia, featured a large augmented video wall that “expanded” out of nowhere and served as a background and surface for display key data points behind a variety of 3D models that were digitally inserted into the space in front of the anchor desk — ranging from factories to mountains to a globe.

The AR is powered by Vizrt’s Viz Virtual Studio and Viz Engine and was designed by Alhurra’s in-house creative department.