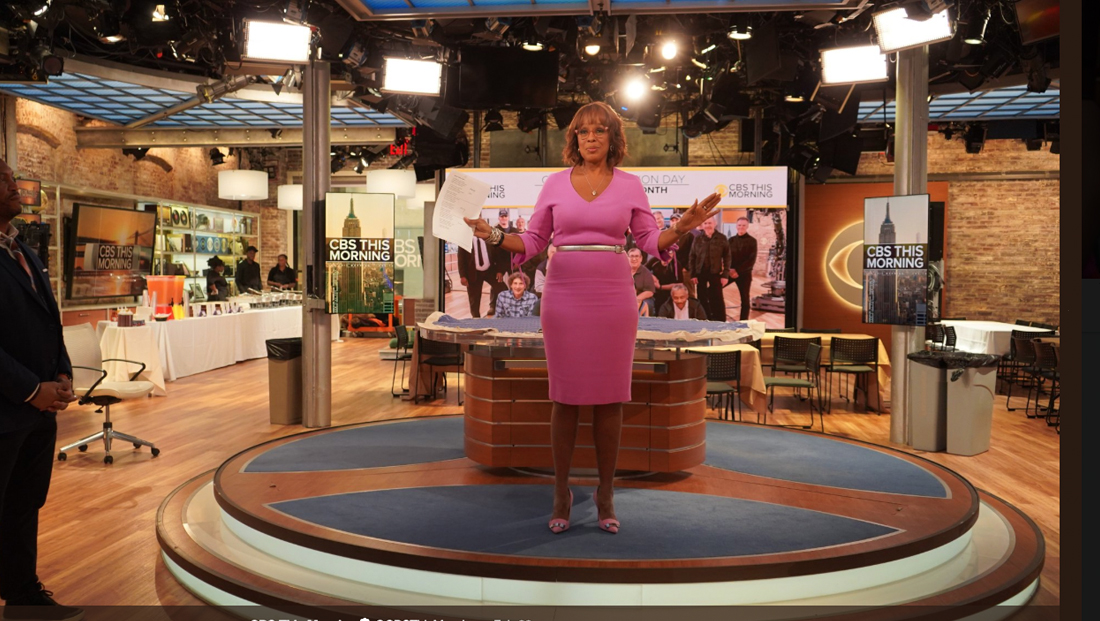 The show tweeted photos from the event, which features King standing on the anchor desk riser, whose glass top was covered with a blue protective cover.

The studio’s video walls were left on with the show’s logo and a photo collage, done in the “CBS This Morning” style, of four crew photos.

Today @GayleKing treated our production crew with a nice brunch in honor of their hard work behind the scenes to get us on TV every morning! pic.twitter.com/VlomF1VG3n

For the event, long serving tables were set up along the wall of open shelving displaying decorative and commemorative CBS items with a menu that appeared to include fried chicken and waffles.

Temporary tables and chairs were brought in and and garbage cans were helpfully placed around the poles that support the pivoting video panels on the poles surrounding the anchor desk.