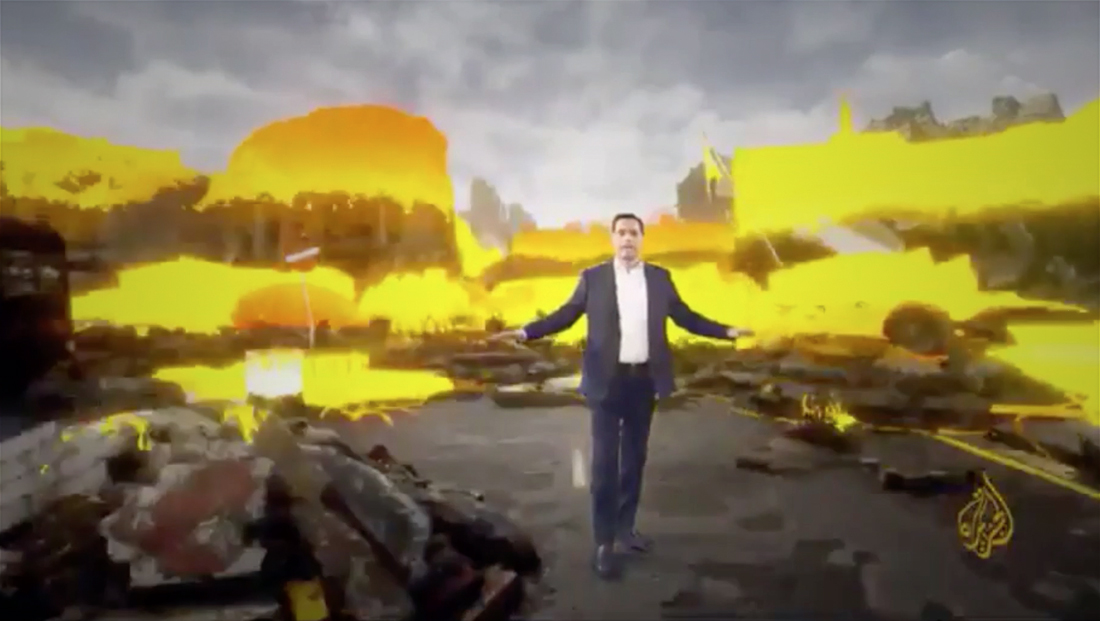 Al Jazeera used a large-scale immersive mixed reality segment to help explain some of the military technology and actions taking place during the civil war in Yemen.

The segment, which is in Arabic, shows an anchor standing in the midst of what appears to be a typical street in Yemen. After showcasing several ground and air military vehicles, the street gets “bombed” — interpreted as a bright yellow flash — with the damage left behind shown and further discussed.