MSNBC goes bold, heavy on the adjectives in promo 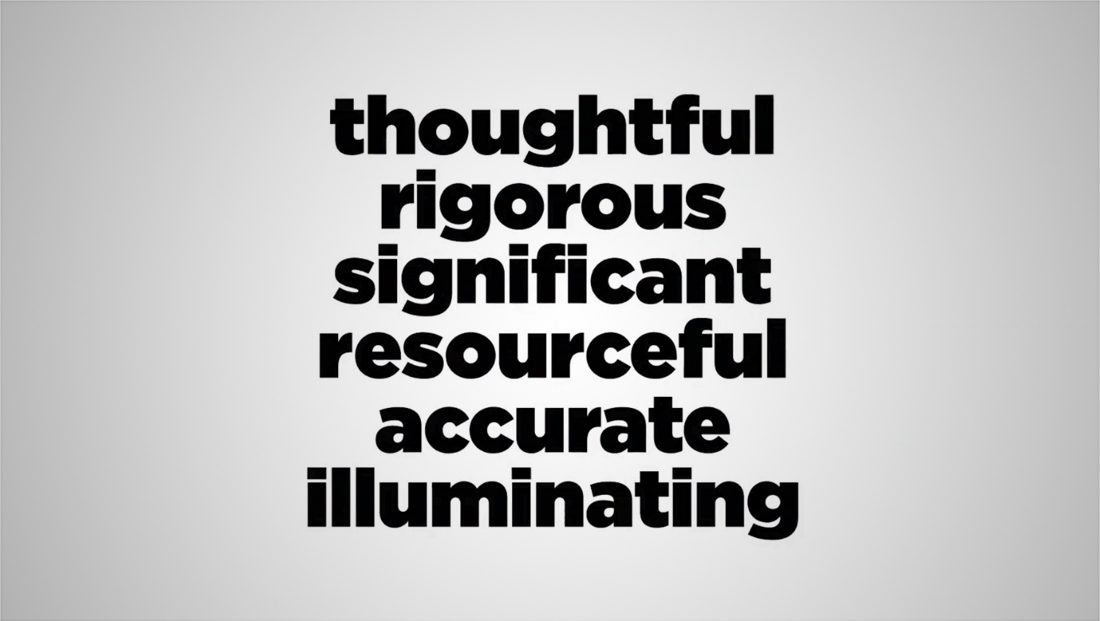 An MSNBC news promo combines a series of adjectives with the message “this is how we break news.”

The spot starts with an ultra bold list of adjectives ranging from “thoughtful” to “illuminating” eventually ends with the word “urgent” that, in turn, morphs into the phrase “urgent developments.”

The phrase “significant details” and “exclusive depth” also appear on screen in between shots of Hallie Jackson, Kristen Welker and Brian Williams that appear to be taken from the network’s air.

In between each scene and block of text, a series of red, white and blue wipes are used, along with background production music “We Are Forever” from VideoHelper’s “Win or Go Home” album.

Next, a series of imagery from recent news appears before the the screen says “this is how we break news” before Mika Brzezinski and Joe Scarborough appear on screen briefly with Brzezinski saying “we’re following a number of fast paced, developing stories…”

The final screen features the MSNBC logo with its “this is who we are” tagline.

NBC News, MSNBC and Telemundo News are also using a similar format to promote the first debate of the 2020 U.S. Presidential Election.