CNN and Cheddar launch augmented reality channels … for some reason 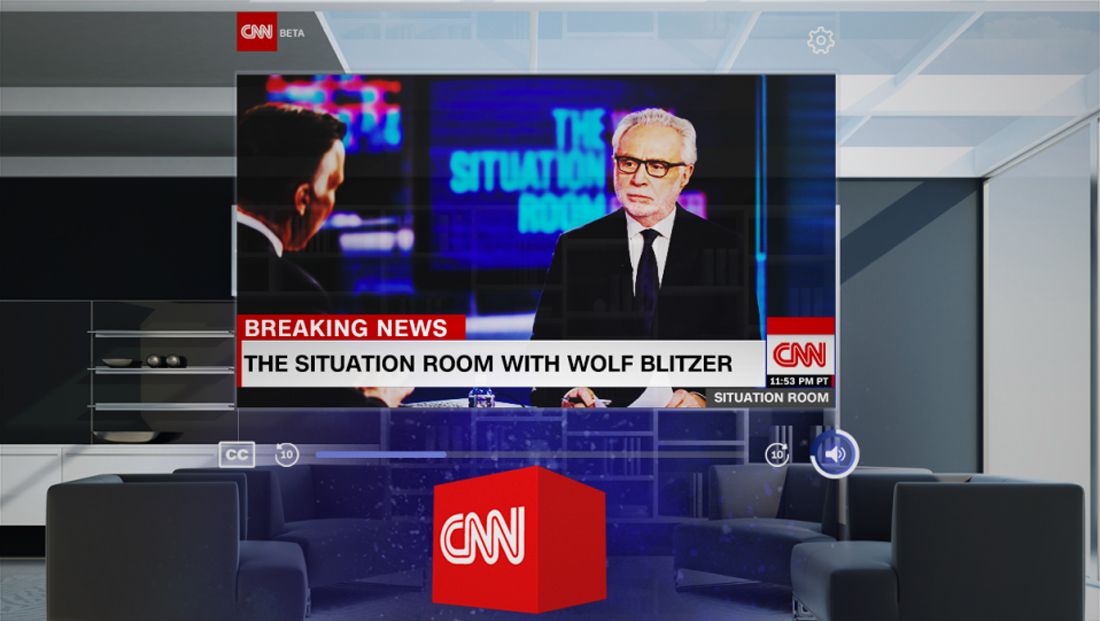 CNN and Cheddar are launching augmented reality apps for Magic Leap One headsets that let users don a pair of goggles and “add” a virtual screen of any size that appears to float anywhere in the room.

CNN will offer its cosmetic CNN feed, CNN International and HLN while Cheddar 1 and 2 will both be available. On demand options and digial exclusives will also be available.

Magic Leap released a video clip that shows a woman cheerfully getting up, making herself a bowl of cereal, sitting down at a table, donning a Magic Leap One that makes her look a bit like a deep sea explorer and start watching CNN on a virtual screen floating in front of her kitchen peninsula.

You know, instead of … turning on the TV.

To be fair, the device can also be used to watch the live streams when you’re in a space that doesn’t have a television — such as outdoors, though with the possible downfall that you might look a bit odd wearing a Magic Leap One headset in public to watch CNN or Cheddar.

You know, instead of … watching it on your phone.

For its part, Magic Leap has hinted at new features that will extended being able to just watch floating virtual TV screens, saying it will “be releasing new features soon that further showcase the immersive capabilities in spatial computing to give users more opportunities to explore, experience and engage with bolder forms of storytelling” in a statement.

The depth and interactivity of such features will likely be key in getting consumers to watch TV streams in AR beyond just a few novelty tryouts.

Meanwhile, Anshel Sag, a consumer and chip tech analyst at Moor Insights & Strategy, also noted that the sequence shown in the promo video CNN and Magic Leap released isn’t necessarily an accurate representation of the experience — particularly nothing issues with rendering and narrow field of view.

How about we as an industry start showing people videos of what it looks actually like with the FoV of the headset and not inaccurate renders? That expand and contract features is useless when the FoV is that narrow, it's just not realistic. https://t.co/FqCup40RWk

CNN has used augmented reality to create on air storytelling experiences, but this is its first venture into consumer-based AR. It, along with NBC Olympics and Fox Sports, have testing using virtual reality to produce content aimed at letting users place themselves inside of virtual recreations of newsworthy locales.