CBS gives R. Kelly interview its own link on its website 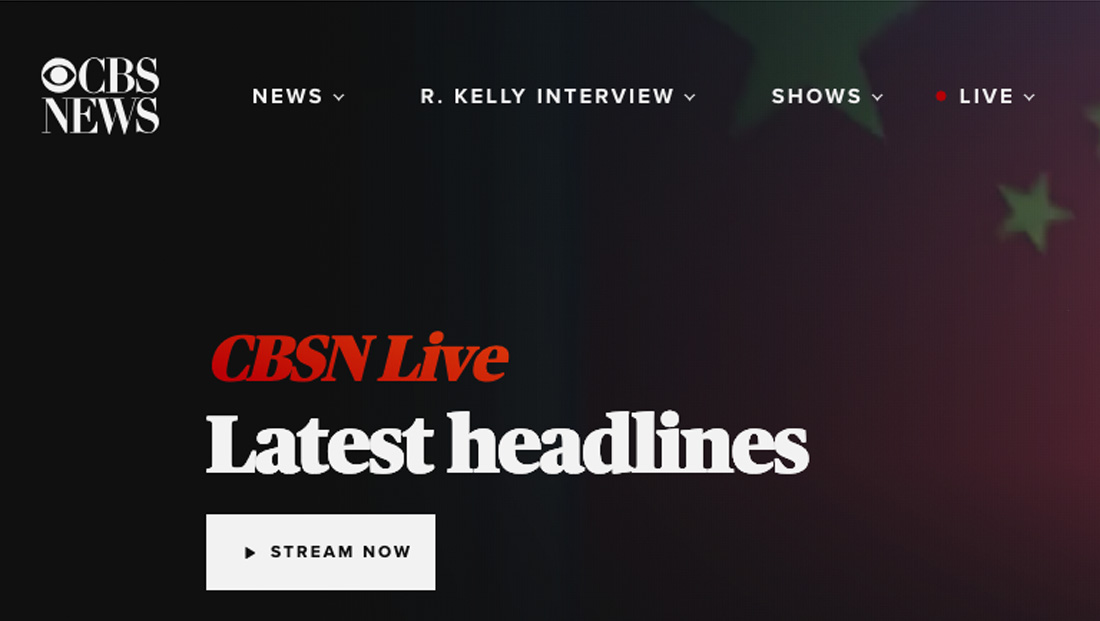 CBS News is having a bit of a field day around all the attention Gayle King’s interview with R. Kelly has gotten — going as far as to plan a special primetime special as well as giving the interview its own link in its otherwise simple website navigation.

Can't get enough of the dramatic #RKelly interview with @GayleKing? You're in luck… https://t.co/smHUfuWa3D

Visitors to CBSNews.com as of March 7, 2019, now see “News,” “R. Kelly Interview,” “Shows” and “Live” across the top of its site, which has boasted a paired down main navigation since it redesigned in December 2018.

CBS regularly adds a similar link for major news events, such as the State of the Union, as well as top stories of the day to its navigation, so this step isn’t unusual other than it’s promoting a big exclusive for the network.