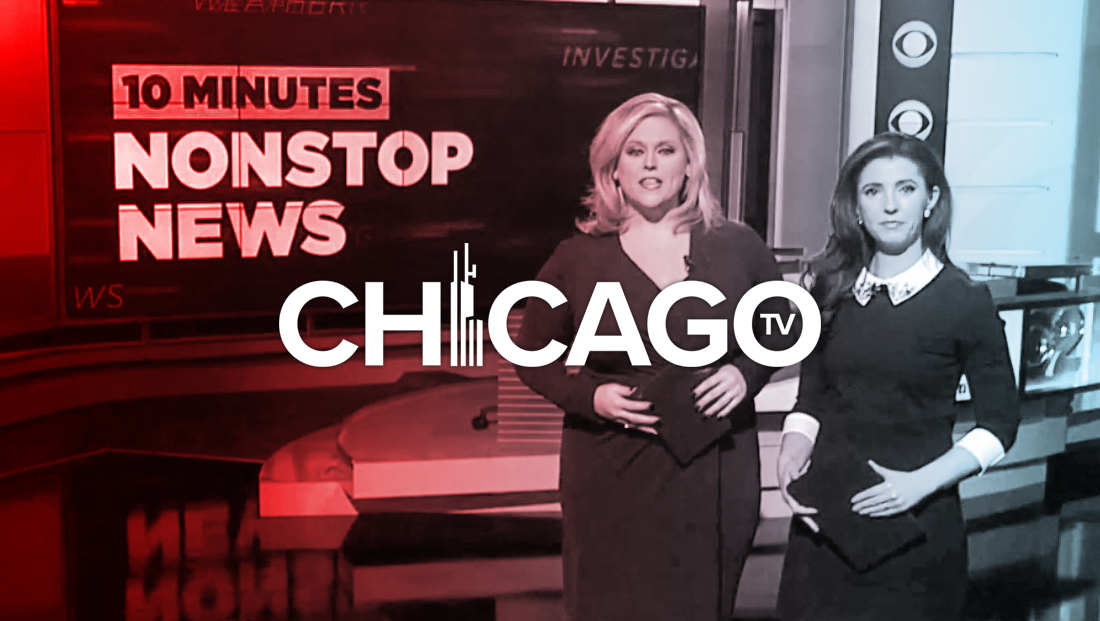 Chicago’s CBS O&O WBBM added a 10-minute “Nonstop News” block to its morning newscast back on Jan. 28, 2019 — and continues to tinker with the format over a month later.

The segment, which is really the entire final block of the “CBS 2 Morning News,” features top stories, weather, traffic and lifestyle pieces and is meant as an “out the door” type roundup.

The first day of the segment, which starts right after a commercial break at approximately 6:50 a.m. which then, in turn, segues to “CBS This Morning” without a break, was a day that really let the format shine.

Jan. 28 was one of the many frigid days the Chicago area had been hit with — and Marissa Bailey and Erin Kennedy started the segment off, after a stinger with a synthesized sound effect, standing in the middle of the station’s studio.

By using this wide angle, the anchor desk and two video walls surrounding it were visible, with one displaying a “Weather Watch” graphic and the other footage from the station’s weather vehicle, Mobile Weather Lab.

Before tossing to a live field report, the “Weather Watch” stinger ran — using the sound effect.

Returning from the live shot, the station cut to meteorologist Megan Glaros and traffic anchor Derrick Young standing with the vertical monitor in the station’s weather center between them, before the camera panned left for Glaros to deliver her update using the larger, landscape monitor in the area. Young followed that with his traffic report.

Over the following weeks, the segment’s branded wipe would lose the sound effect in exchange for a more generic “swoosh” sound.

On days without severe weather, the segment typically opens with the video walls displaying graphics that match the stinger — with one sporting the “Nonstop News” logotype and the other only showing the fast-past animated background.

The left video wall, meanwhile, can be used to toss to live shots combined with a camera move that goes from the extreme wide shot to tighter framing.

The station can also do the segment with only one anchor. In addition, anchors can return to the desk — with the one sitting in the camera left position shot with the left hand video wall as an oversized OTS element. Alternatively, a standard “Nonstop News” OTS is available with a line of text that can be updated on a per-story basis.

Ultimately, the segment ends with the anchors, meteorologist and traffic anchor at the anchor desk before cutting to a bump shot of the studio or live video feed before the network takes over at 7 a.m. 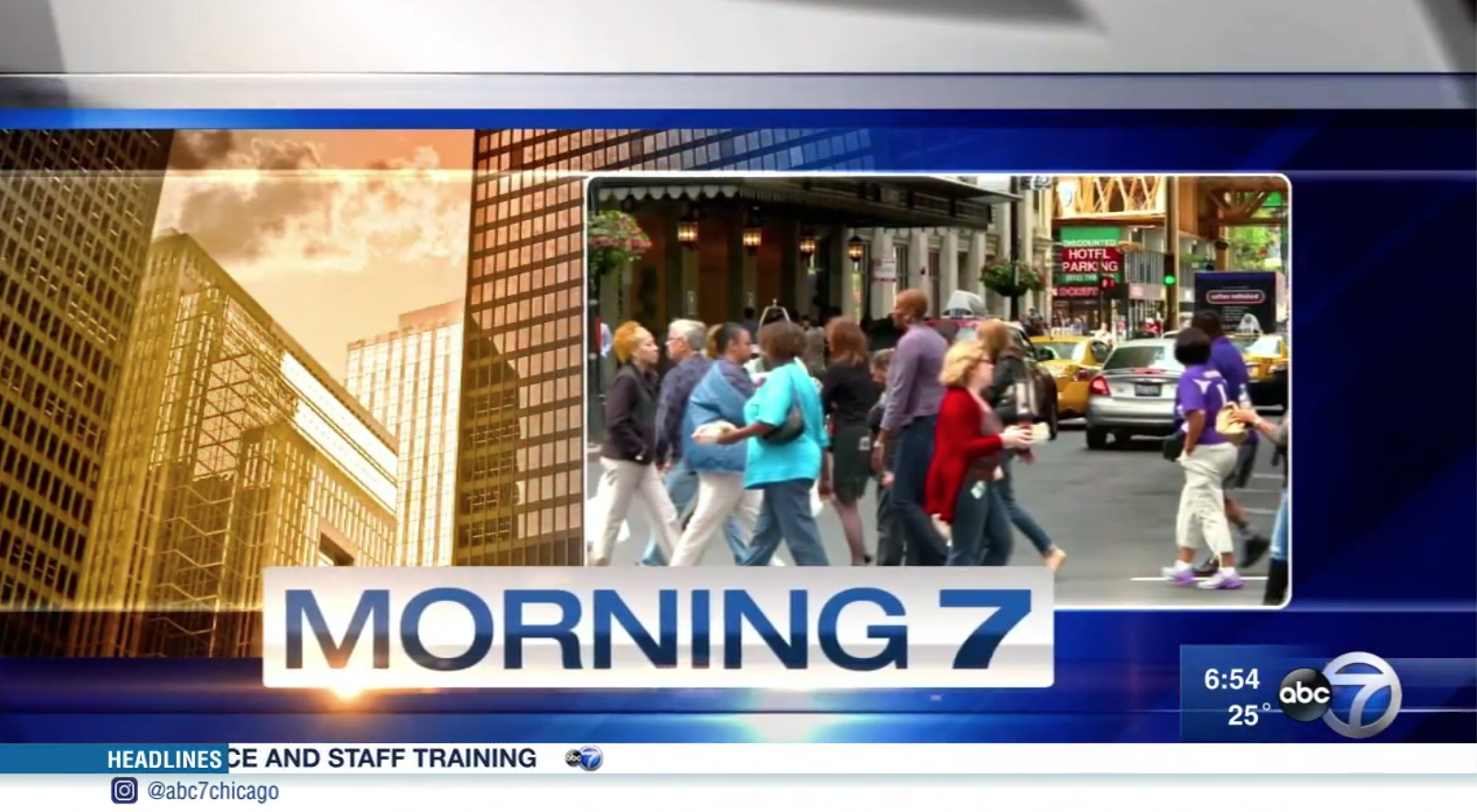 Other Chicago stations use a similar approach in wrapping their morning newscasts — WLS, the ABC O&O has used the “Morning 7” branding for some time now, though it disappeared for a brief period in February — and is sometimes skipped altogether due to breaking news, feel good segments or special interviews. 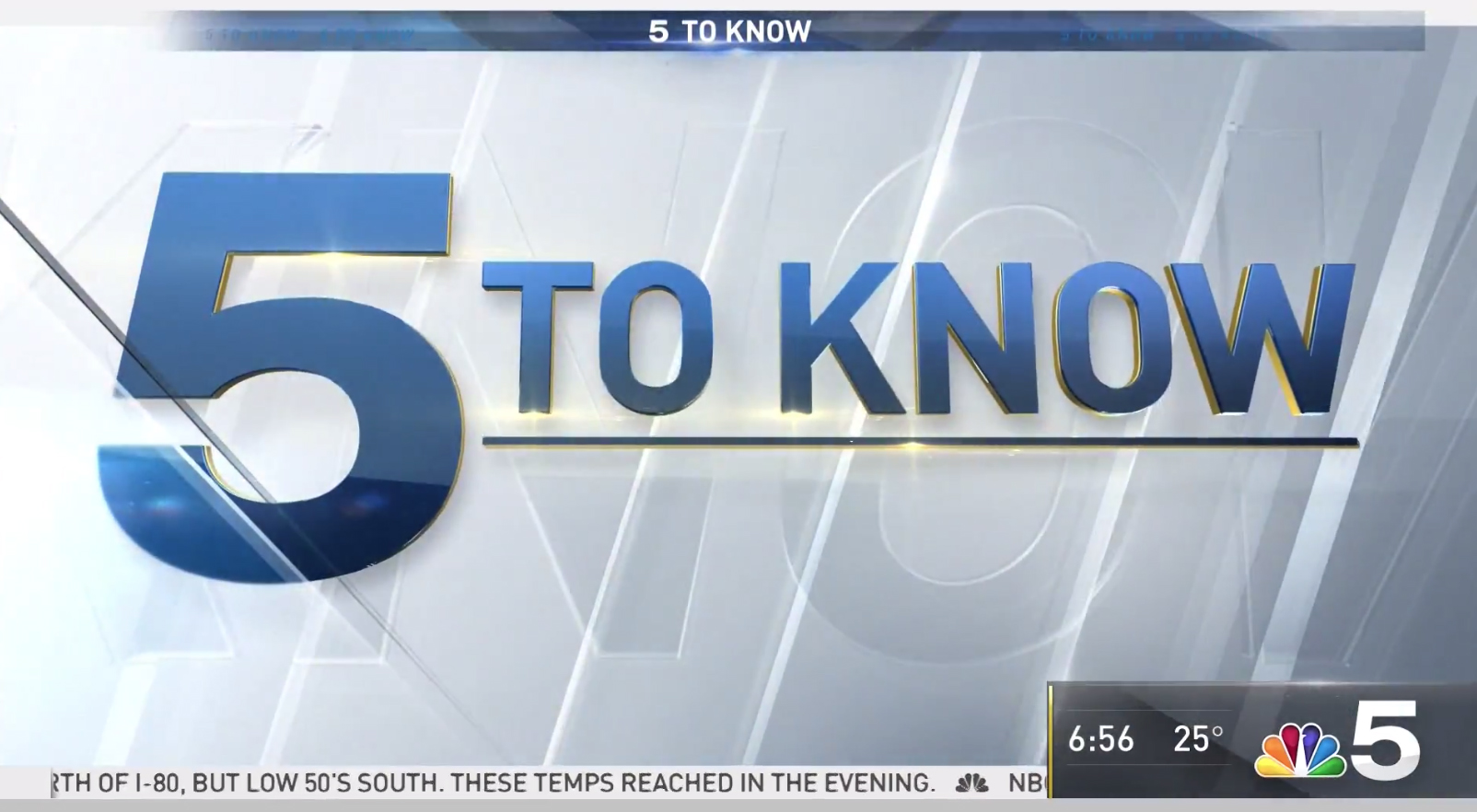 The market’s NBC O&O affiliate, WMAQ, typically uses a “5 to Know” segment near the end of its morning newscast.

In both of these cases, however, it’s worth noting the number used is in reference to the number of stories covered — not the time allotted for them. The numbers, of course, come from the station’s channel number branding.

WBBM’s approach is similar to the “10 at 10” or “11 at 11” concept that swept through local news — with the late newscasts starting out with 10 or 11 minutes, respectively, of commercial free news, sports and a “first weather” segment.

The concept, which has fallen out of popularity, was typically restricted to late newscasts because, at least on the big three networks, they run an extra five minutes beyond the normal 30 minutes.

The concept gained popularity by stations on Channel 10 or 11 — but was also used at stations with different channel designations. Variations also popped up  under the “9 at 9” for 9 p.m. newscasts. Some stations even borrowed another number from its channel designation for the concept — such as 7 minutes of news for Channel 17.

While the concept is still used at some stations, it’s not as common as it was or, if it’s used, it may not be branded as such.