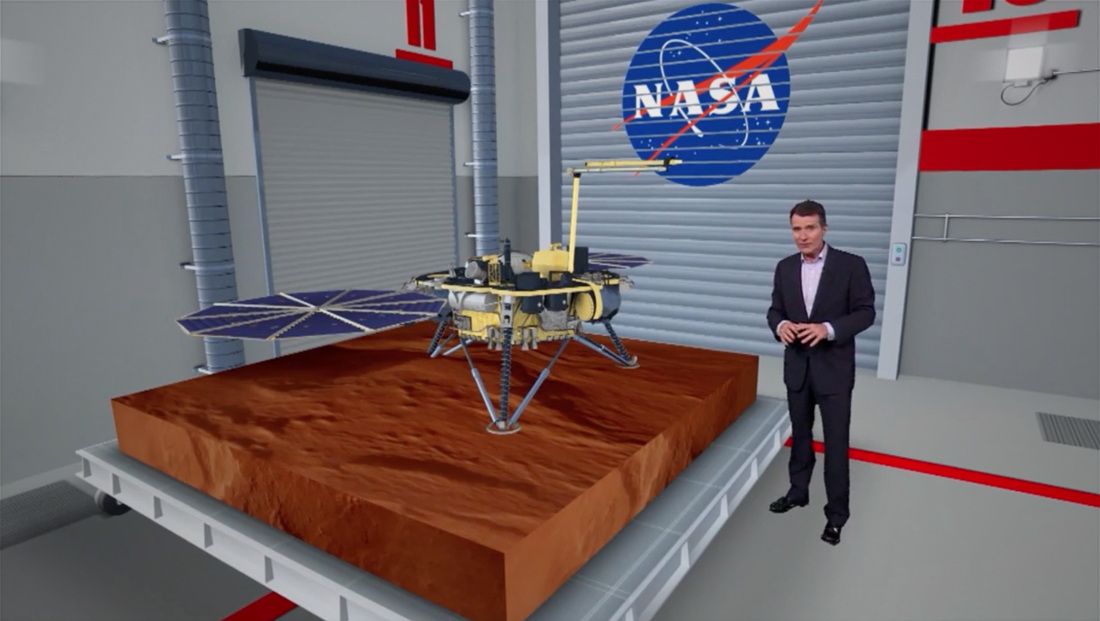 The segment featured a floating 3D planet illustrating the locations of various probes while an orbiting satellite circles the model — before a garage door decorated with the NASA logo opens to reveal a model of the Interior Exploration using Seismic Investigations, Geodesy and Heat Transport (InSight) robotic lander.

This spacecraft, which launched in May 2018 and landed on Mars at Elysium Planitia in November 2018, appears perched on top of a virtual piece of the red planet’s surface, allowing the presenter to discuss the probe’s mission and instruments.

The explainer was built by BBC New’s creative team in Vizrt’s Viz Virtual Studio with rendering from the Viz Engine.