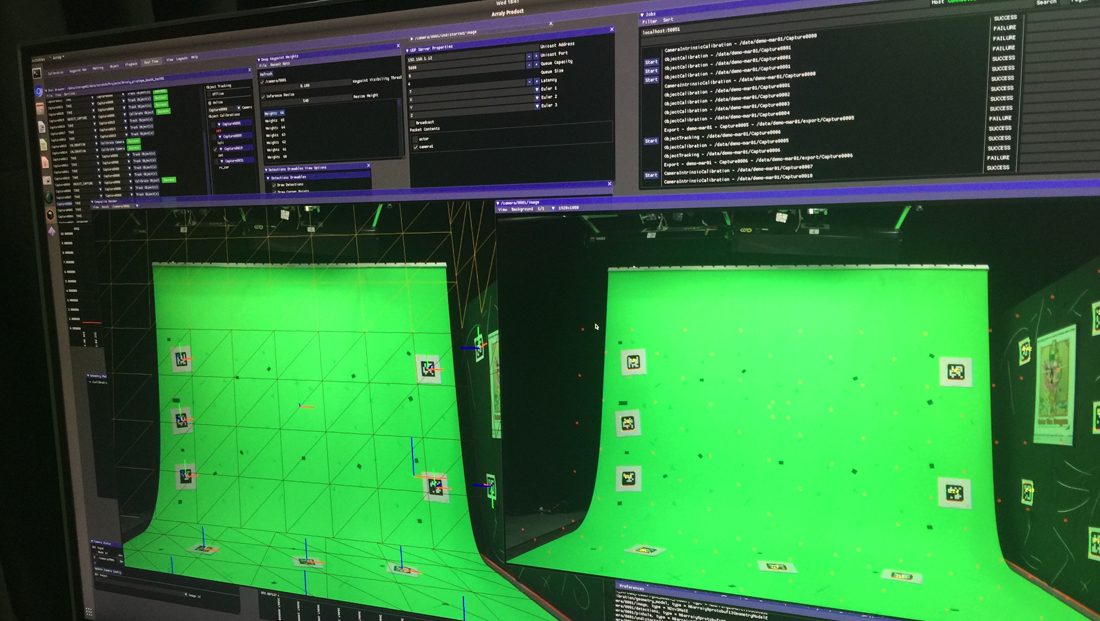 DeepTrack is the first application to launch in Arraiy’s DeepStudio suite of robust AI-based tools for real-time virtual production pipelines.

DeepTrack will be publicly on display for the first time at NAB 2019, where attendees can see Arraiy’s real-time technology demonstrated with The Future Group’s Pixotope virtual production system in booth SU12702 and at the Startup Loft in the North Hall at N2333.

Arraiy has appointed entertainment and advertising studio executive Mark Tobin as CEO to take the lead on future business development, with Gary Bradski and Ethan Rublee providing leadership as well.

“We’re doubling down on developing revolutionary new deep learning technologies that radically impact entertainment – and beyond,” said Rublee in a statement. “As we transition from the R&D phase to commercialization, we’re excited to bring in industry veteran Mark Tobin to lead business growth, while Gary and I continue to innovate.”

“Machine learning presents remarkable opportunities for content creators. Digital production workflows in particular are bogged down by several painstaking processes that can largely be automated through deep learning and AI,” said Bradski. “Now that our self-improving AI-based technology has matured and is ready to productize, we’re excited to publicly launch and scale the company for future growth.”

He previously served as COO of Psyop Media Company, the Emmy and Clio award-winning design and animation studio.

Prior to Psyop, Tobin was the managing director of MPC North America, establishing and growing the company’s U.S. presence.